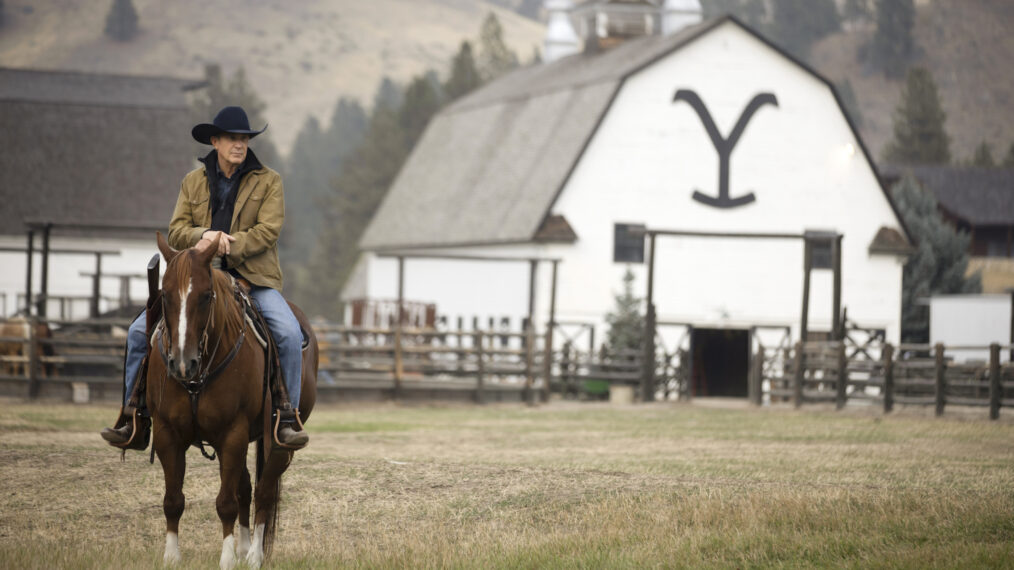 Production on Yellowstone Season 5 may have just started — which will be super-sized — but we already know when we’ll see new episodes, thanks to news about one of Taylor Sheridan’s upcoming series.

While announcing Tulsa King‘s premiere date, Paramount+ revealed that Paramount Network will air a special simulcast event of that first episode — after Yellowstone Season 5 premieres on Sunday, November 13. That’s about a year after Season 4 premiered.

Yellowstone ended its fourth season with Beth (Kelly Reilly) giving Jamie (Wes Bentley) a few options, and he took the one that had him killing his biological father, Garrett (Will Patton), who had orchestrated the attacks on the Duttons at the end of the previous finale. She then snapped a photo of Jamie disposing of his body and told her father, John (Kevin Costner), that he now owned him. Meanwhile, Kayce (Luke Grimes) told his wife Monica (Kelsey Asbille), “I saw the end of us,” leaving us wondering exactly what he meant. Is it about their marriage or the Duttons?

“[Monica] really lets that moment sit and we’ll definitely address it in the next season,” Asbille recently told TV Insider, adding, “I just had to know [what Kayce meant]. Actually, Luke also had to know. So we went straight up to Taylor and were like, ‘You gotta tell us. We just gotta know our future.’ So we do have a pretty good idea, which I’m not allowed to say.” As for what to expect from Monica in Season 5, “She’s going to have a cute baby bump” was all Asbille could say.