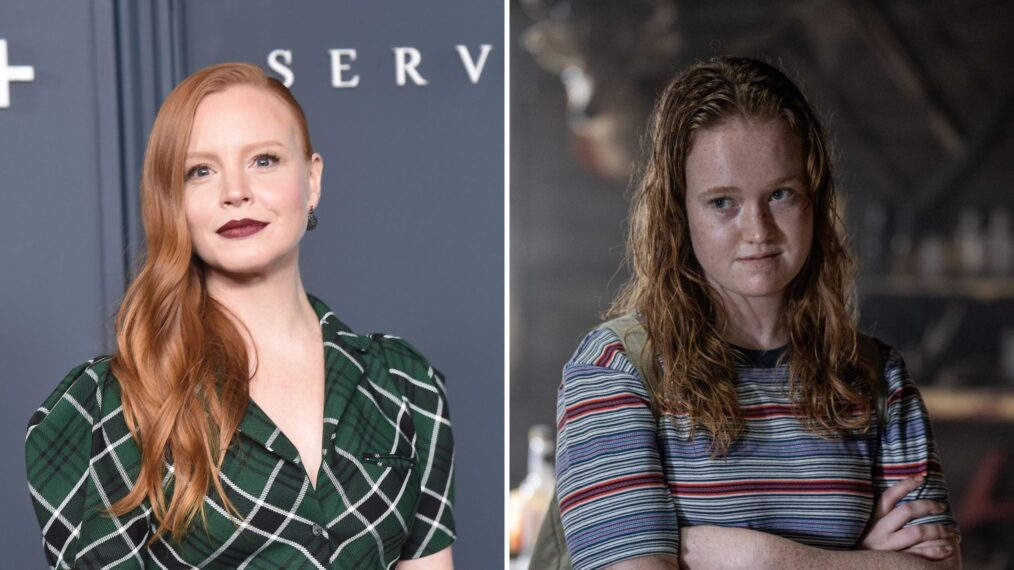 Get ready for a lot more Van in Yellowjackets Season 2.

Lauren Ambrose (Servant, The X-Files) has joined the cast as a series regular as the adult version of Van, while Liv Hewson, who plays the teen version, has been upped to series regular. Production on Season 2 will begin later this month in Vancouver.

The addition of the adult Van isn’t too surprising, given the relationship between the teen versions of the character and Taissa (Jasmin Savoy Brown). After all, in the present, the adult Taissa (Tawny Cypress) may be on the verge of divorce, given her wife Simone (Rukiya Bernard) found what looks like a sacrificial altar. It may be the perfect time for Taissa and Van to reconnect, though co-showrunner Jonathan Lisco did tell TV Insider, “I wouldn’t say that the marriage is over, no, but I think it’s in need of some serious repair.”

The Season 1 finale also set up the introduction of an adult Lottie. Natalie (Juliette Lewis) was kidnapped just as Suzie (Colleen Wheeler) left her a voicemail about being followed and asking who Lottie was. Lisco had teased at the time that when it comes to other characters popping up in the present day, “I think it’s unlikely that we’ve met all the survivors from the crash” and “we could see another major survivor playing a pivotal role in Season 2.” With Ambrose a series regular, it seems like Van will certainly have a pivotal role.

The series, about high school soccer players who survive in the wilderness following a plane crash, then their lives 25 years later, was created by Ashley Lyle and Bart Nickerson. They serve as showrunners and executive producers with Lisco. Karyn Kusama also executive produced and directed the pilot. Drew Comins of Creative Engine also serves as executive producer.