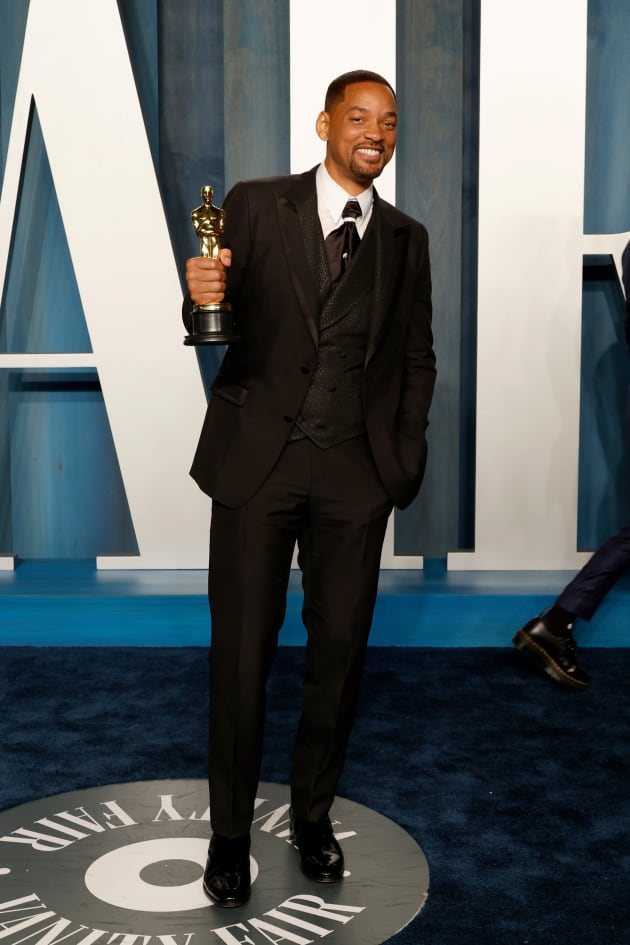 Will Smith Posts Emotional Apology Video for Oscars Slap: ‘I

Will Smith is speaking out once again about slapping comedian Chris Rock at the 2022 Academy Awards.

This time, however, Smith is speaking out on camera.

“I’m here whenever you’re ready to talk,” he says of Rock.

“I’ve reached out to Chris, and the message that came back is that he’s not ready to talk, and when he is he will reach out,” Will said.

“So I will say to you, Chris, I apologize to you. My behavior was unacceptable, and I’m here whenever you’re ready to talk.”

As you will recall, Smith accepted the Best Actor trophy during the ceremony, after he struck Rock for a joke he cracked at Jada Pinkett Smith’s expense.

“I was fogged out by that point. It’s all fuzzy,” Smith said of why he didn’t apologize during the acceptance speech.

Smith recalled seeing an interview Rock’smother did following the incident.

“I saw an interview that his mother did. That’s one of the things about that moment I didn’t realize, I wasn’t thinking, but how many people got hurt in that moment.”

Following the March 27 incident, Will said via a statement that the joke about his wife, who suffers from alopecia, was “too much for me to bear.”

“I would like to publicly apologize to you, Chris,” he said in a statement at the time.

“I am embarrassed and my actions were not indicative of the man I want to be. There is no place for violence in a world of love and kindness.”

Smith subsequently resigned from the academy and banned from attending their ceremonies for 10 years.

“I spent the last three months replaying and understanding the complexities and nuances of what happened,” Smith said in the video.

“I’m not gonna try to unpack all of that right now but I can say to you, there was no part of me that thought that was the right way to behave in that moment,” he added.

Check out the video below.