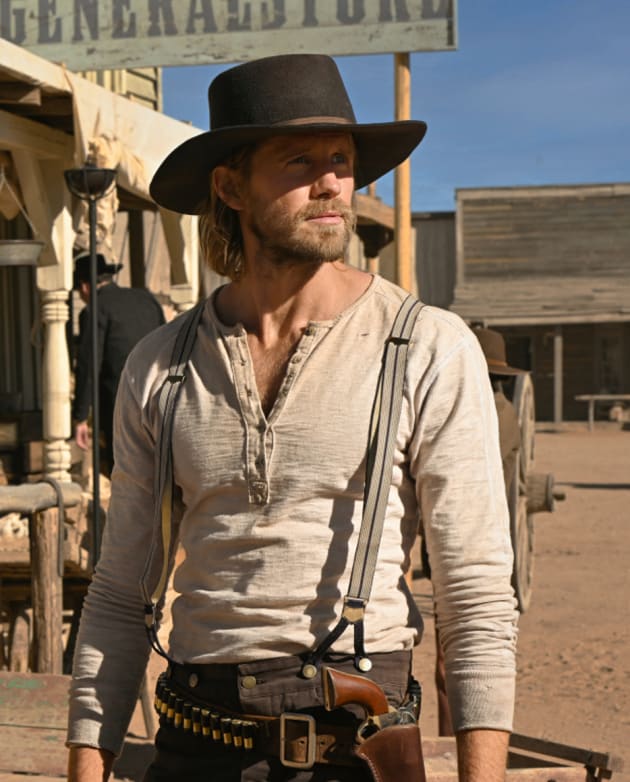 The Winchesters and Walker: Independence: CW Drops Trailers for New

The CW is throwing it back this fall.

The network will launch prequels of both Supernatural and Walker, and we have your first looks at them.

During Thursday’s Upfronts presentation, the young-skewing network dropped trailers for The Winchesters and Walker: Independence.

Scroll down to get all the details.

The Winchesters – Tuesdays at 8 p.m.

Before Sam and Dean, there were their parents, John and Mary.

Told from the perspective of narrator Dean Winchester (Jensen Ackles, Supernatural), The Winchesters is the epic, untold love story of how John Winchester (Drake Rodger, The In Between) met Mary Campbell (Meg Donnelly, American Housewife) and put it all on the line to not only save their love, but the entire world.

When John returns home from fighting in Vietnam, a mysterious encounter sparks a new mission to trace his father’s past. In his journey, he crosses paths with 19-year-old demon hunter Mary, who is also searching for answers after the disappearance of her own father.

Together, the two join forces with young hunter-in-training Latika (Nida Khurshid, Station 19) and easygoing hunter Carlos (Jonathan “Jojo” Fleites) to uncover the hidden truths about both their families.

Their investigation leads them to a rare book emporium, whose owner Ada (Demetria McKinney, Tyler Perry’s House of Payne) takes an interest to the occult and could provide the missing pieces to their puzzle.

But secrets run deep for both the Winchesters and Campbells, and despite the best efforts of John’s mother Millie (Bianca Kajlich, Legacies) to protect her son from pursuing a dangerous life of demon hunting, John and Mary are both determined to work together to uphold their families’ legacies while beginning to form a family of their own.

Set in the late 1800s, an origin story of The CW’s current hit series Walker, WALKER INDEPENDENCE follows Abby Walker (Katherine McNamara, Arrow), an affluent and tough-minded Bostonian whose husband is murdered before her eyes while on their journey out West.

After crossing paths with Calian (Justin Johnson Cortez, 911: Lone Star), a curious Apache tracker, Abby arrives in the town of Independence, Texas, where she encounters diverse and eclectic residents running from their pasts, chasing their dreams, and keeping their own secrets, including Kate Carver (Katie Findlay, The Carrie Diaries), an idiosyncratic burlesque dancer with perhaps too keen an interest in Abby’s origins/

Abby also literally runs into Hoyt Rawlins (Matt Barr, Walker), a slippery rogue, thief, and con artist with a dented heart of gold who quickly eyes Abby as a mark, until she turns the tables on him.

In seeking justice for her husband, Abby encounters Independence’s noble deputy sheriff, Augustus (Philemon Chambers, Single All the Way), and his new boss, Sheriff Tom Davidson (Greg Hovanessian, Another Life), who she has reason to believe is a very bad man indeed.

Abby and Hoyt soon find themselves precariously aligned, both seeking to uncover the truth about the identity of Abby’s husband’s killer, and vow to save Independence – a frontier boomtown where nothing is what it seems.