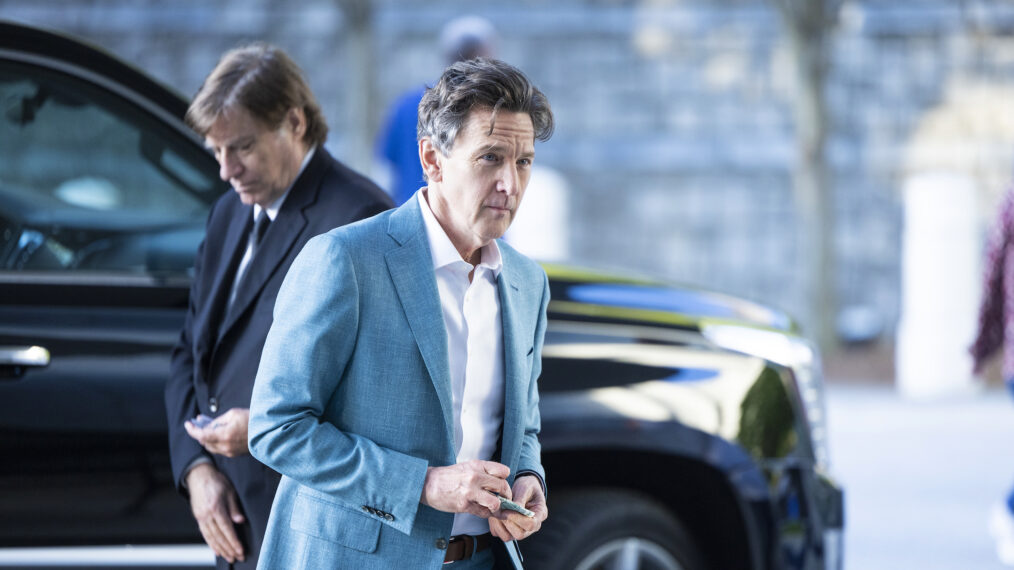 Dr. Ian Sullivan (Andrew McCarthy) has officially entered the building… but is he just at Chastain to save his daughter’s life? The promo for the May 10 episode of The Resident reveals there’s more to this trip from Seattle to Georgia than that.

Still, he does tell Dr. Kincaid “Cade” Sullivan (Kaley Ronayne), “I came to save you.” In the latest episode, “Risk,” Cade was shot after becoming a whistleblower and working with the FBI to take down a mob operation involving fraudulent prescriptions. As the Chastain staff worked to save her, they discovered that she has a very rare blood type (Rhnull). While she did have a couple units stored at her previous job, they were frozen and the plastic cracked, leading to leaks, when Dr. Conrad Hawkins (Matt Czuchry) and Dr. Billie Sutton (Jessica Lucas) thawed the bags. They used a blood substitute to get her through the necessary surgeries until her father, a match, arrived from Seattle as the episode ended.

However, as Cade points out in the new promo, she practically raised herself. “I sense an agenda,” she tells her father. And it turns out she’s right to: Dr. Kit Voss (Jane Leeves), Chastain’s CEO, has offered Ian a job. But it seems she has her reservations. “Those hands would save a lot of lives,” Kit tells her fiancé, Dr. Randolph Bell (Bruce Greenwood), but “I don’t trust him entirely.” It seems she may have reason not to. Watch the promo below for more, including what looks like part of a confrontation between Conrad and Ian.