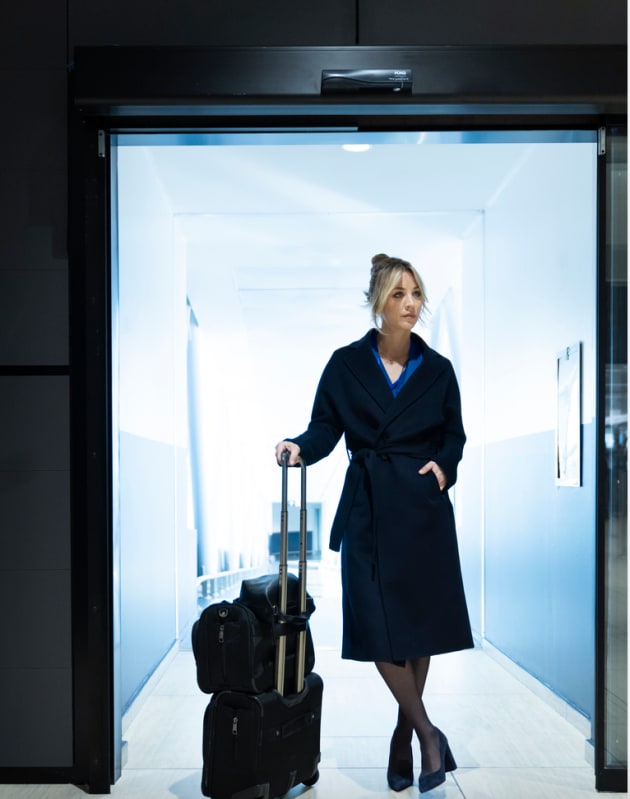 The trippy second season of The Flight Attendant takes off Thursday, April 21, and it’s sure to be another turbulent ride.

HBO Max on Monday unveiled the full-length trailer The Flight Attendant Season 2, and it finds Cassie playing a game of make-believe.

Our heroine has turned her life around and is making positive changes for the first time in a long time.

Her friends are shocked that everything is all fine and dandy… until it isn’t.

Cassie can feel something changing and believes someone is framing her for something.

The trailer zeroes in on Cassie’s psyche as she tries to come to terms with what is going on.

The mind palace this time, however, features three alternative versions of Cassie in what looks to be a way to show how her life would differ if she made different decisions.

We also learn that Megan is in hiding after her ties to North Korea, and is being hunted.

The Flight Attendant Season 2 focuses on Cassie “living her best sober life in Los Angeles while moonlighting as a CIA asset in her spare time,” according to the official description.

“But when an overseas assignment leads her to inadvertently witness a murder, she becomes entangled in another international intrigue.”

Sharon Stone will also recur on Season 2 as Cassie’s mother.

The series was initially set to be a one-season limited series, but the success led to a second-season pickup.

“We are delighted that the show has resonated so strongly with audiences and critics,” said HBO Max and HBO chief content officer Casey Bloys in 2020 when the show was renewed.

“We congratulate Kaley, Steve, Greg and Sarah, along with the rest of the incredibly talented cast, executive producers and our partners at Warner Bros. Television on all the success of the first season.”

“I look forward to seeing where Cassie will go next.”