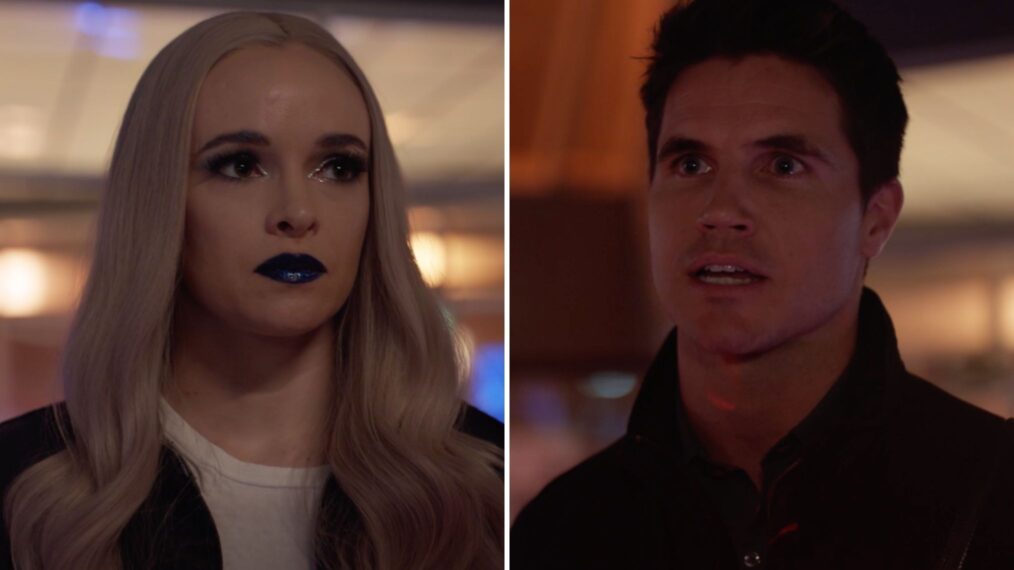 Does The Flash‘s Frost really have a cold-storage unit where her soul should be? Or does this guy need to chill out?

The reign of Deathstorm — and Robbie Amell‘s three-part return — concludes on Wednesday, May 4, in “Death Falls,” an hour which, per The CW’s very vague release, “Team Flash is under attack and each must fight to save not only themselves but each other.”

In this exclusive clip from the episode, it’s clear that the evil entity who looks a lot like the late ex of Frost’s human side, Caitlin (Danielle Panabaker), is warning the former supervillain that her eventual demise won’t leave behind grief ghosts since she is not a real-live person. Pointing out all the ways Frost is less human than her S.T.A.R. Labs crew, the moment is hard to watch, given all of the growth Frost has undergone over the years.

Giving us even more dread: showrunner Eric Wallace’s earlier warning that the repercussions from this arc are “gonna change Team Flash permanently,” which means we could be in for a legitimately tragic turn of events that can’t be fixed by sending Barry (Grant Gustin) out to mess with the timeline (again). At the same time, there could be a twist in the wings, as this show loves to throw them around. With the season 9 renewal and a previously reported cast change, next week’s ominously titled episode “Funeral for a Friend” may be referring to an unexpected loss, perhaps one not even in the current timeline.

We’ll just have to wait and see. Because to spoil it would just be, well, cold.