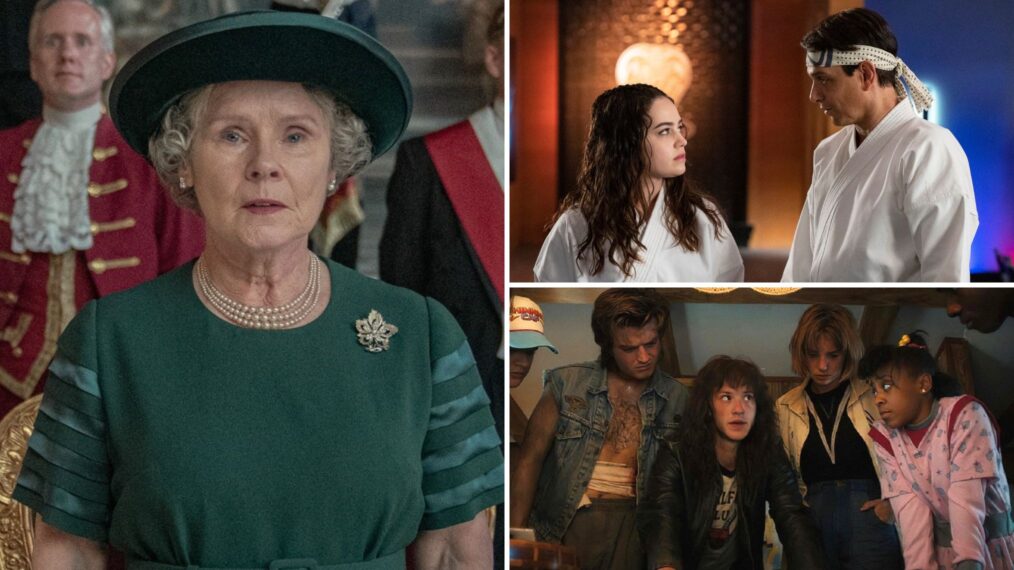 With Netflix, where more begets more in a never-ending deluge of programming, you can’t help but use superlatives to describe the biggest and most prolific of streaming giants.

Its creepiest show this year? Hands down the relentless mega-hit docudrama Dahmer — Monster: The Jeffrey Dahmer Story. The loudest? Probably the extravagantly mindless Ryan Gosling shoot-’em-up film The Gray Man. And while Netflix often gets knocked for emphasizing quantity over quality, several shows manage to achieve critical mass and acclaim. Here’s a quick take on some of Netflix’s very best of 2022.

Most Worth the Wait

Season 4 of Stranger Things arrived after a nearly three-year hiatus with bigger, scarier thrills for its maturing adolescent cast and adult heroes (who were off in their own Russian horror show). What else but Cobra Kai, the exhilarating Karate Kid sequel, now in its fifth season (the third as a Netflix exclusive), mining nostalgia with every battle of the dojos? Is there a better TV villain than Terry Silver (Thomas Ian Griffith)?

Once again, The Crown triumphs in the casting department, taking Queen Elizabeth II (a warm yet rigid Imelda Staunton) into her twilight years in Season 5 as her royal offspring engage in marital free fall.

The gripping crime drama Ozark ended its four-season run with the Byrdes breaking more badly than ever and getting away with it. Poor Ruth Langmore (Julia Garner). And how did Laura Linney never get an Emmy as the show’s Lady Macbeth?

After years mired in development hell, Neil Gaiman’s classic comic The Sandman finally got the deluxe series treatment fans have yearned for, with Tom Sturridge appropriately ethereal as Morpheus, the Lord of Dreams.

It only took 14 years to come back, but with a new host (Alex Wagner) and locale (Australia), The Mole quickly reestablished itself as the craftiest of TV reality competitions. More, please.

Expect plenty of dark doings in Guillermo del Toro’s Pinocchio, (Friday, December 9), the director’s gorgeous new stop-motion musical take on the tale of the marionette who wishes to be a real boy. The stellar voice cast includes Ewan McGregor, Tilda Swinton, Cate Blanchett, and Christoph Waltz as evil Count Volpe (right, with Gregory Mann’s Pinocchio). Are we looking forward to this? We cannot lie.