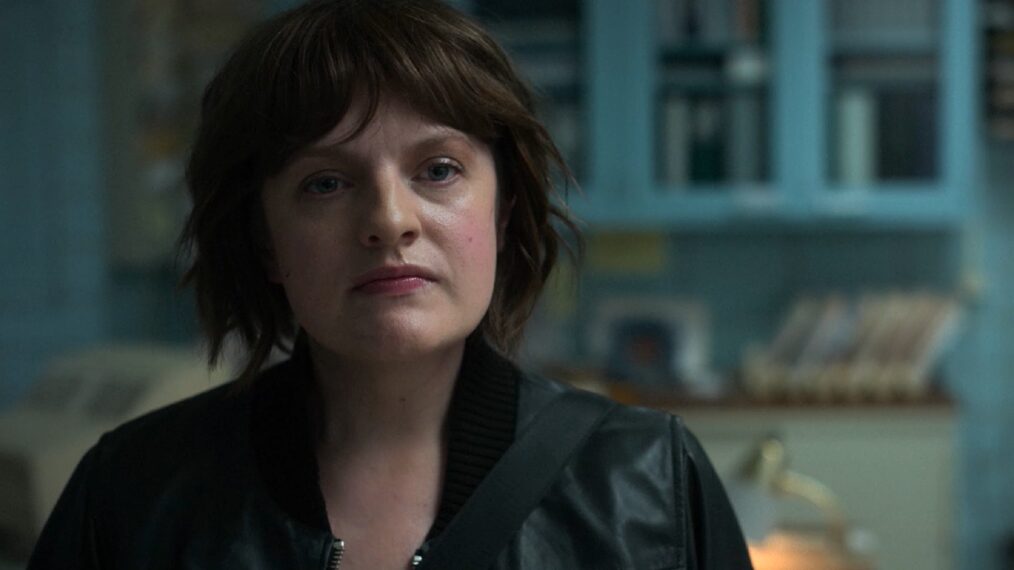 ‘Shining Girls’: Kirby Looks for Answers in a Finale First Shining Girls is leading towards its finale episode this Friday, June 3, and Kirby (Elisabeth Moss) is seeking answers in an exclusive first look at the installment titled, “30.”

Following the penultimate entry’s devastating encounter between Harper (Jamie Bell) and Dan (Wagner Moura), it appears that the latter wasn’t able to survive the stab wounds inflicted upon him by the man who travels through time. While visiting the morgue in the clip, above, Kirby speaks to Iris (Hanna Dworkin) about Dan and needing to see his body.

“Hi there, how can I help you?” Iris asks when she finds Kirby standing in her office. “Who sent you over?” she further questions. “I came about Dan, I worked with him at the Sun Times,” Kirby explains as Iris acknowledges the man’s accomplishments. As Iris seeks out more information regarding Kirby’s interest in visiting, she asks why Kirby stopped by.

“I wanted to see him,” Kirby tells the woman who advises against it.

“No, you don’t, not like this,” Iris warns. “They couldn’t find anyone else to ID him, good news was I could do it myself. It was a first for me.” But even this won’t deter Kirby who is determined to find the answers she’s after.

“He was cut, right?” Kirby asks, gesturing towards her torso in a cross-like shape. “Like this?” When Iris wonders how she could know such a detail, Kirby says, “Cause I know who killed him.” As they discuss sharing this information with the police, Kirby says she’s already told them, and “they won’t listen. They said he stole something and I need to know what that was,” Kirby adds.

Can Kirby find what she’s looking for? Will her investigation lead to locating Harper? Only time will tell. Check out the full scene, above, and stay tuned for the finale arriving June 3 on Apple TV+.