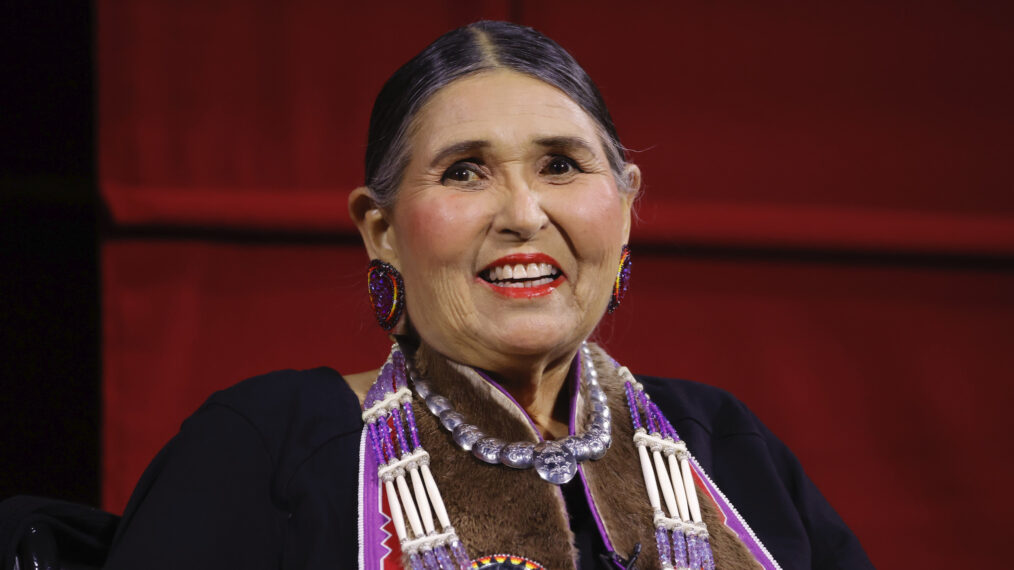 Sacheen Littlefeather has died at the age of 75. The Indigenous activist famously took the stage in Marlon Brando‘s place at the 1973 Academy Awards to decline his Oscar earned for The Godfather.

Littlefeather died on Sunday, October 2, the Academy of Motion Picture Arts and Sciences announced Sunday. She had been living with breast cancer.

Littlefeather was born Marie Louise Cruz on November 14, 1946 in Salinas, California. She changed her name in her 20s to align with her heritage as she became increasingly involved in Native American activism in the 1970s. She was part of the group that occupied Alcatraz Island in 1970. Littlefeather reportedly met Brando through Francis Ford Coppola, who like her, lived in San Francisco, after she joined the Screen Actors Guild. Brando became interested in Native American issues and had Littlefeather give his speech in his stead during the 1973 Oscars ceremony.

“He very regretfully cannot accept this very generous award,” Littlefeather politely said to the audience. “And the reasons for this being are the treatment of American Indians today by the film industry… and on television in movie reruns, and also with recent happenings at Wounded Knee.”

The activist was met with boos and offensive hand gestures. Actors such as Clint Eastwood, Raquel Welch, and ceremony co-host Michael Caine criticized her on-camera for the remarks, which she was only allotted 60 seconds to give before being escorted off by security guards. Littlefeather later said she saw an angry John Wayne being physically restrained as she spoke on stage, and that for years she was boycotted by Hollywood, calling it being “red-listed.”

The speech remains one of the most famous moments in Oscars history, but the Academy didn’t do anything to rectify the mistreatment she faced that night until this September. The Academy formally apologized to Littlefeather at an in-person presentation at the Academy Museum on September 17, 2022, calling the abuse she faced in response “unwarranted and unjustified.”

Littlefeather explained Brando’s decision in an interview with Variety ahead of her appearance at the Academy Museum.

“At that time in 1973, there was a media blackout on Wounded Knee and against the American Indian Movement that was occupying it,” she said. “Marlon had called them in advance and asked them to watch the Academy Awards, which they did. As they saw me, up on stage, refusing that Academy Award for the stereotypes within the film industry, and mentioning Wounded Knee in South Dakota, it would break the media boycott.”

“It was my first time at the Academy Awards. I made it through my first hurdle, promising Marlon Brando that I would not touch that Oscar. But, as I walked off that stage, I did in the ways of courage, honor grace, dignity, and truthfulness. I did so in the ways of my ancestors and the ways of Indigenous women,” she added. “I was met with the stereotypical tomahawk chop, individuals who called at me, and I ignored all of them. I continued to walk straight ahead with a couple of armed guards beside me. I held my head high and was proud to be the first Indigenous woman in the history of the Academy Awards to make that political statement.”

Littlefeather had a handful of film roles. She went on to continue her activism, as well as working in theater and health care. A documentary about her life, Sacheen Breaking the Silence, was released in 2021.

The activist reflected on death before her passing, saying in a statement, “When I am gone, always be reminded that whenever you stand for your truth, you will be keeping my voice and the voices of our nations and our people alive. I remain Sacheen Littlefeather. Thank you.”