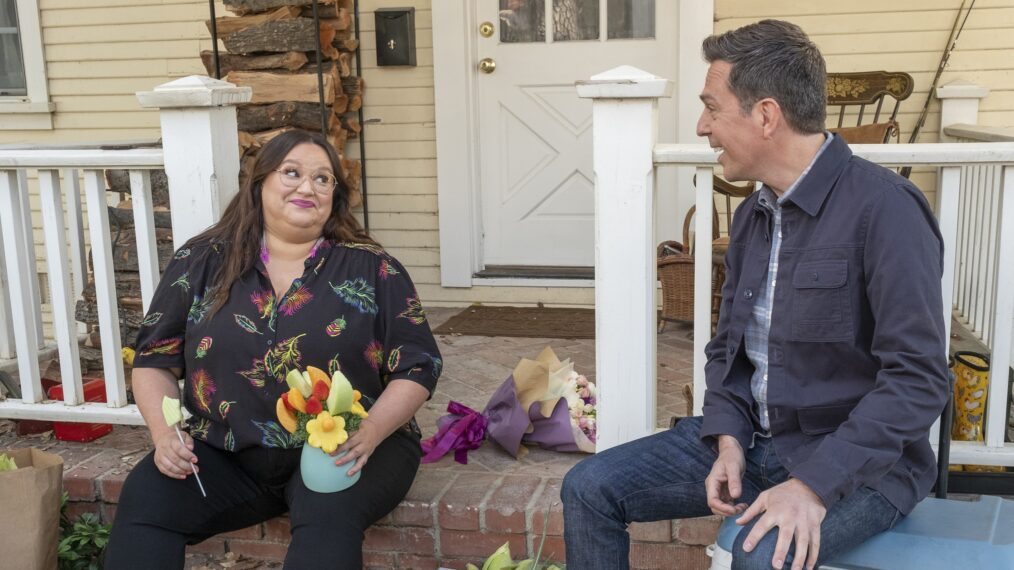 Peacock‘s small-town comedy Rutherford Falls is gearing up for its second season as the series sets Thursday, June 16 as the premiere date. Together, they’re helping each other tackle work, romance, and major changes around the show’s titular town and the Native American reservation it borders, initiated by Tribal Casino C.E.O. Terry Thomas (Michael Geyeyes).

The acclaimed comedy continues to represent a breakthrough moment in Native representation in comedy both in front of and behind the camera as Rutherford Falls employs one of the largest Indigenous writer’s rooms on TV. Among the show’s talented Native writers are Ornelas, Schmieding, Tai Leclaire, Tazbah Chavez, Dash Turner, and Azie Dungey. “Rutherford Falls is back! Get ready to laugh, cry, and swoon. Do people still swoon? Well, they will now! Ed Helms, Mike Schur, and I had an absolute blast making a show that’s heartfelt, laugh-out-loud funny, and depicts Native Americans in ways you never see on television,” Ornelas shared in a statement. “Also, a lot of people get punched/kicked in the face. We hope you enjoy Season 2!”

All eight 30-minute installments of the new season will arrive on premiere day, making for the perfect feel-good binge. Stay tuned for more first looks from Rutherford Falls‘ return as the Season 2 premiere approaches and catch up with Season 1 on Peacock now.