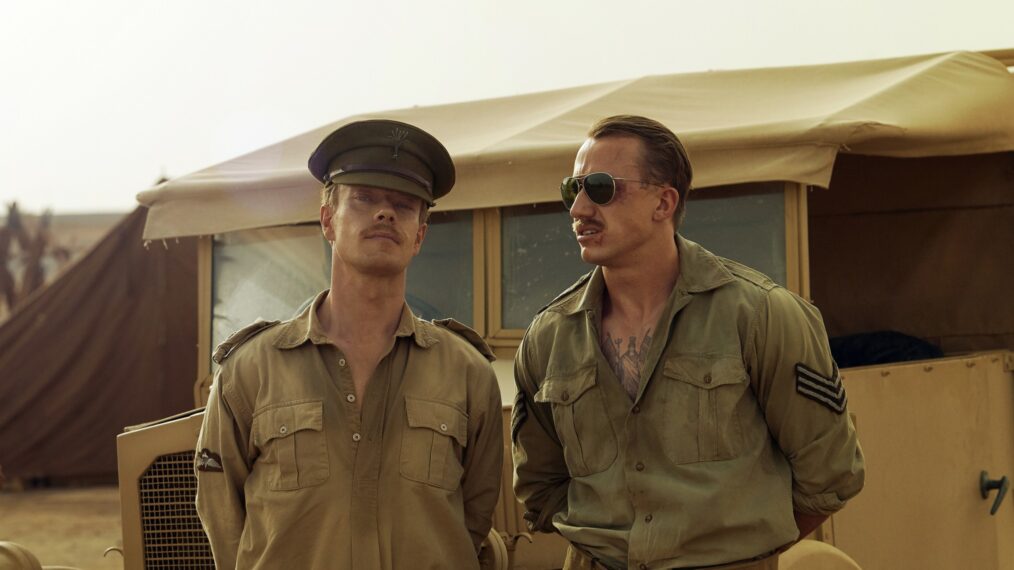 Epix is pulling the curtain back on the mostly true story of the Special Forces unit, the SAS, which was forged during the darkest days of World War II, in its latest series Rogue Heroes.

TV Insider has an exclusive first look at the show from writer Steven Knight (Peaky Blinders) and director Tom Shankland (The Serpent), which follows the extraordinary circumstances leading to the formation of the SAS, based on Ben Macintyre’s best-selling book of the same name. As the trailer for Rogue Heroes teases, although the tone of the material may seem dark, the show departs from a typical war drama, leaning into distinctly goofy British humor. The series, which is expected to debut this fall, centers around David Stirling (Sex Education‘s Connor Swindells), an eccentric officer who finds himself hospitalized after a training exercise goes wrong. After this experience, David is convinced that traditional commando units don’t work, and so he creates a radical plan that challenges all accepted rules of modern warfare.

Viewers will follow along as he fights for permission to recruit the “toughest, boldest, and brightest soldiers” for the undercover unit that is intended to create mayhem behind enemy lines, something viewers get a taste of in the trailer. More rebels than soldiers, David’s team is complicated, flawed, and reckless just as it is brave and heroic.

Along with the trailer, the key art above offers insight into what viewers might be able to expect from the show which along with Swindells features Game of Thrones‘ Alfie Allen, The North Water‘s Jack O’Connell, Modern Love‘s Sofia Boutella, and The Affair‘s Dominic West. Rogue Heroes is executive produced by Karen Wilson, Martin Haines, and Emma Kingsman-Lloyd for Kudos, and Tommy Blufin for the BBC. Meanwhile, Stephen Smallwood serves as producer alongside Kudos and Nbulastar for EPIX and BBC.

Don’t miss the fun! Stay tuned for more on Rogue Heroes as its premiere approaches.