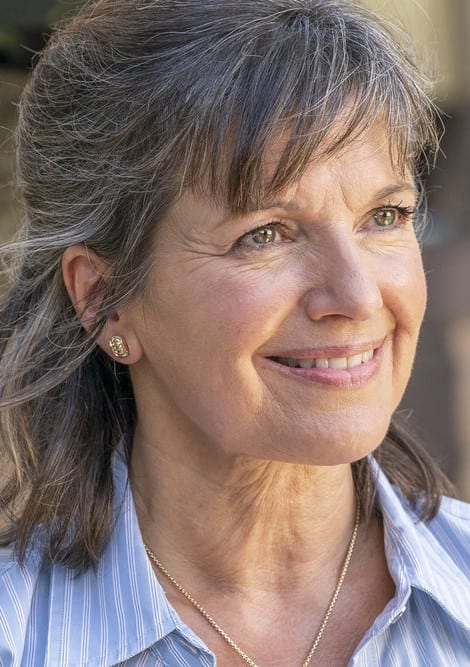 There are multiple purposes in play on Quantum Leap Season 1 Episode 2, and the writers do an admirable job strumming the narrative tune so that they combine effectively.

Ben’s leap into childhood hero David Tamara not only jogs his memory about his own identity, his actions while in the astronaut’s body remind Addison of his personal integrity and moral compass.

Meanwhile, Jenn’s reminder that Ben was the team’s peacemaker pushes everyone onto a middle ground where they can do what they do best with transparency to help bring him back.

It comes down to trust. Both the teams on 1998’s Atlantis shuttle and 2022’s Quantum Leap project suffer setbacks when a key member is taken out of play.

For the Atlantis, Jim Reynolds’s injury thrusts Samantha Stratton into command, a position she’s trained for all her life but always with Jim’s supervision.

Despite Ben/David’s support, her relative inexperience gives Everett a reason to question her orders, and when Reynolds regains consciousness, he also undermines her authority.

Ben’s peacemaker superpowers kick in here, and by using the Reynolds-brand advice Stratton had given him earlier, he’s able to convince Reynolds to trust in the training and relationship he shares with Stratton.

She sees something you don’t. And just because you don’t see it right now, you gotta trust that what she’s doing is best for all of us.

Stratton’s certainty of action speaks to her confidence in herself and what she has learned from Reynolds.

It’s no small feat for the Grasshopper to confront the Master, but Stratton makes it clear that bringing Reynolds home safe is far more important to her than cowing to the chain of command.

As Ben points out, she is willing to risk the career she has spent her whole life building. Remember that even though Sally Ride became the first woman NASA astronaut to go to space in 1983, Stratton in 1989 would’ve still been a part of the tiny percentage of women in the space program at the time.

For the space buffs out there, I will note that this Atlantis mission is fictional but plausible. The first ISS module was, in actuality, launched into orbit by a Russian Proton rocket later that year.

Historically, 1989 was a busy year for Atlantis but not with the construction of the ISS. Interestingly enough, the Atlantis Space Shuttle did rendezvous with Mir multiple times throughout the 1990s. It wasn’t until 2000 that Atlantis ran a resupply mission to the ISS.

Stratton: Know what Reynolds would say right now?
Ben/David: Remind me?
Stratton: He’d get that serious, no-bull look in his eye. He’d lean in close, and say, ‘You have trained for every possibility except for the one you’re about to encounter. When you’re up here for real, it’s not about following flow charts and checklists, it’s about trusting your gut. Stay fluid, stay open, stay safe.’

So, while Quantum Leap ain’t no For All Mankind in rooting their space adventures firmly in minute historical accuracy, I’ll give them credit for at least tethering their plot to the realm of possibility.

And how exciting was Ben’s free jump to Mir? Even knowing logically that there’s no way the main character’s going to fly off into infinite space on the second episode of the series, there’s a definite moment of panic as he bounces across the space station’s surface.

Back in 2022, the hunt for Janis Calavicci has a couple of moments where suspension of disbelief takes some real effort.

While having a burner flip phone is in keeping with a paranoid but brilliant astrophysicist conspiracy theorist, I’m unclear about the precautions she’d taken to safeguard her server room.

Jenn: Computers are password-protected.
Magic: Check the servers. Make sure it’s not bolted down.
Jenn: They are. And they’re modified torx screws. I’m starting to like this woman despite myself.

How do you self-destruct a server room built under a house? And what does astrophysics pay that she can afford to just abandon a house like that?

One would assume that she won’t be returning now that Magic and Jenn have that house on their radar.

Nothing looks out of the ordinary. Except for an unnatural love of Pottery Barn.

Not that Magic nor Jenn knew it at the time, Janis had also broken into Addison’s trashed apartment, presumably to retrieve the encryption key on the thumb drive.

So this tells us she knows Addison and the team have the encryption key. Now that her server room is moot, does she need it to access the research she and Ben were working on?

Her reveal that Ben came to her for help is an interesting twist on what we know about Ben so far.

Not that anyone believes he’s up to something nefarious, but his message to Addison from Quantum Leap Season 1 Episode 1 hints that shenanigans are in the offing.

Ben: Who’s the lucky guy? Do I know him?
Addison: Uh, you wouldn’t remember him.
Ben: Fair enough. When’s the big day?
Addison: Six months.
Ben: Hope I’m back by then.
Addison: Better be.

Also, his chat with Addison reveals that there’s a bit of a deadline for his return. Not that weddings can’t be rescheduled. (If COVID taught us anything, it’s the importance of cancellation insurance.)

However, it would be incredibly satisfying for them to tie the knot on time, wouldn’t it?

Ben’s slow memory return could be viewed as a second courtship in a twisted way.

While Addison provides Ben with information on his leapees, she’s conflicted about providing him with his own backstory.

We met at Quantum Leap. We fell in love. We worked side-by-side for years. We had to try to not talk about work when we came home. It felt like our entire life was this project. And now there’s this whole other part to it. This whole other part to himself that he kept from me. And I’m just having a hard time coming to terms with the fact that maybe this was never really ours.

Ironically, Ben gets intel on everyone and everything around him wherever and whenever he leaps but can’t piece together his own history.

Of course, now that we know he had a destination in mind when he leaped, maybe we can spot a pattern in his leaps.

The first leap took him to the day of the LiveAid concert and the Hope Diamond. This one took him into the person of a childhood hero. As teased, we know we’ll see him in a boxer’s life next.

As any scientist will tell you, this sample size is ridiculous. I guess we’ll just have to stay vigilant.

With the network betting on a high level of nostalgia driving viewership, it’s not surprising that they’d reach out to original series actors to reprise their roles.

With Scott Bakula on record as not returning and Dean Stockwell sadly passed on IRL, fans have voiced concerns that there would be no continuity between the series.

Of course, Addison showing Ben Dr. Sam Beckett’s image on the premiere as part of the exposition and Janis being Al’s daughter are solid connections to the first series.

But how great is it that Susan Diol returned as Beth Calavicci? She may have only appeared on two episodes in the original series, but one of those was the finale, so that’s Continuity with a capital C for you.

Don’t forget you can watch Quantum Leap online! The original series is on demand on Peacock, and new episodes of the current series drop the day after the network broadcast.

Let’s see how Ben’s boxing skills measure up, shall we?

Are you hanging in there? Are you hooked? Let us know how hot you are for these new adventures in our comments below!