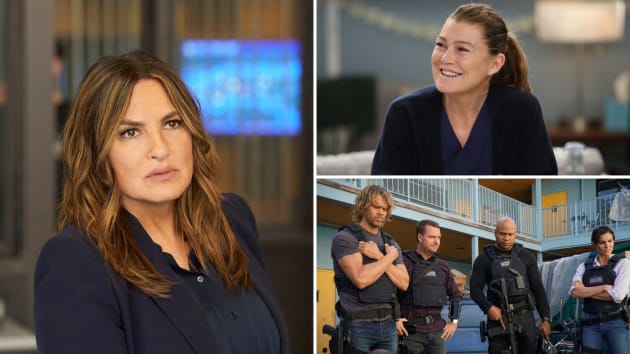 Talk about a powerful season finale!

Law & Order has always been at its best when it presents complicated issues and doesn’t make it clear who we’re “supposed” to think is right.

Law & Order Season 21 Episode 10 was no exception, tackling racism in the police force and how it plays out on the streets and leaving it up to viewers to decide what they believe is the right answer here.

One thing was for sure: worrying about optics never works.

McGrath wanted a decisive victory to send the message that killing cops is unacceptable.

He claimed that would help the city heal. But instead, it seemed people were more divided than ever after Kendra’s trial ended, with both sides protesting that the conviction was inappropriate for different reasons.

Nolan: It’s like a Roscharch test. People can see what they want to see.
McCoy: I don’t give a damn what people think they see. Make your decision based on the facts and the evidence, nothing else.

With McCoy deciding that he didn’t care about the optics, I have to wonder what McGrath’s reaction to all this will be. He didn’t get his decisive victory, and McCoy didn’t listen to him.

Will McGrath lash out angrily the way he usually does? He has more in common with Doyle than with McCoy; over on Law & Order: SVU, he shoved former Deputy Chief Garland out because Garland spoke up about racism in the NYPD.

And he doesn’t like it when people don’t do things his way, either. He and Benson often butt heads, and she’s had to put him in his place more than once.

Speaking of Benson, did anyone else feel like the reason for her cameo was contrived?

I love Benson, SVU, and crossover episodes, but Regina’s stitches felt like an excuse to stick Benson in a couple of scenes.

Instead, Benson got her one scene, and then the whole angle of Regina possibly being abused was dropped.

That seemed pointless. At the very least, we needed some follow-up on where those stitches came from. If Scott attacked Regina, that made it more understandable why Kendra pulled a gun on him. If Kendra did it, that was good evidence that she was prone to violence before the shooting.

As for the main storyline, Law & Order did a good job showing various viewpoints.

For Cosgrove, as for most of the cops, this was straightforward. A cop saw a suspect with a gun, tried to arrest her, and she shot him. For Bernard, as well as for Kendra and her supporters, it was less so.

Racism undoubtedly played a part in this.

Whether or not Doyle was guilty of hurling racial epithets at Kendra or anyone else, she wasn’t completely unjustified in her fear of him.

As Kendra said, compliance doesn’t always guarantee that a cop won’t seriously hurt a Black person, and she had no way of knowing whether Doyle was the type who would shoot her or the type that wouldn’t.

Cosgrove’s contention that Price wanted to make excuses for Kendra because she was Black was nonsensical, but I could understand why he felt that way. He didn’t understand why race had to be considered here.

I thought Kendra’s belief that she hadn’t done anything wrong was also silly.

Doyle should have tried to de-escalate the situation instead of screaming at her. But pointing a gun at an unarmed man and screaming at him to get away from her little sister wasn’t something that could be easily explained away.

Even if there weren’t tense relationships between police and people of color, Doyle would have been justified in arresting or citing Kendra. Her little sister was not in imminent danger, so there was no reason to point a gun at Scott.

This is one of those situations where BOTH sides were wrong, and that’s what made it so difficult to prosecute this case.

Kendra shouldn’t have been using a gun to make her point, and Doyle should not have called her racial slurs or come charging at her as if he was going to shoot her.

Since Law & Order didn’t show the actual shooting, it’s impossible to know exactly what happened and who was more wrong. But in a way, that didn’t matter.

The point was that racism leads to the perception of danger. Kendra thought she would be killed, so she shot Doyle. She left him there to die instead of calling for help, and that was awful, but how many times have we read about cops doing the same thing to Black people they’ve shot?

These are the kinds of tough conversations that people need to have if there’s ever going to be any progress on issues like this. Hopefully, this episode will spark some of those dialogues.

Your turn, Law & Order fanatics. Hit the big, blue SHOW COMMENTS button and let us know your thoughts about this powerful season finale.

Law & Order Season 22 won’t air until the fall of 2022, but in the meantime, you can watch Law & Order online right here on TV Fanatic.