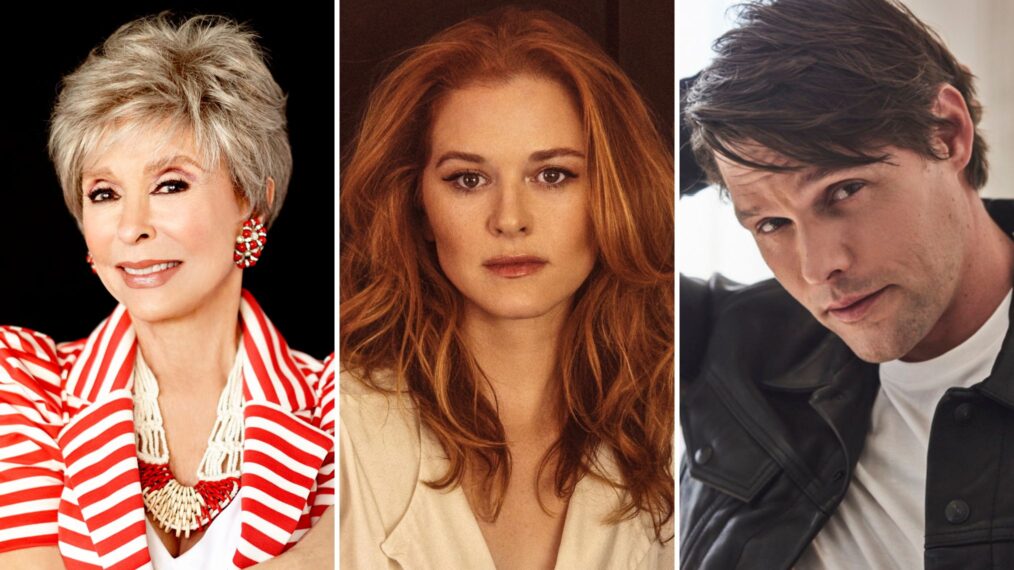 The most wonderful time of the year may still be months away, but we don’t have to wait to learn about the movies that will be drawing us to our TVs for some holiday cheer. Two of Lifetime’s upcoming films feature an EGOT winner and a Grey’s Anatomy reunion.

The 2022 It’s a Wonderful Lifetime movie slate will include EGOT award winner Rita Moreno and returning favorites Marissa Jaret Winokur and Sarah Drew. Moreno will be starring in Santa Bootcamp, along with Winokur, Emily Kinney, and Justin Gaston, and the holiday tentpole movie is directed by the network’s Queen of Christmas, Melissa Joan Hart. It’s a reunion for Hart and Winokur, who worked together in Lifetime’s 2018 film A Very Nutty Christmas. The new film also showcases the network’s commitment to diversity and inclusivity, with deaf actors Deanne Bray and Zyra Singleton joining the cast. “I have always been a holiday person… particularly Christmas. The idea that I’m actually going to participate in this wonderful Lifetime Christmas movie, Santa Bootcamp, just tickles me to no end,” said Moreno in a statement. “I have been known, at Christmas time, to decorate anyone in my house who happens to stand still for more than a minute. I will decorate anyone and anything because I turn into a child. Therefore, what a treat for me! Thank you Lifetime. My grandchildren are already celebrating!”

Meanwhile, Drew will star in as well as executive produce and write Reindeer Games Homecoming. It’s a Grey’s Anatomy reunion for her with Justin Bruening starring opposite her, but something tells us the movie will have a happier ending for their characters on the ABC medical drama. (April and Matthew eventually married before divorcing off-screen, and she reunited with Jesse Williams’ Jackson.)

Check out the full movie descriptions below.

When event planner, Emily Strauss (Kinney), is hired by mall magnate, Ed Mancini (Patrick Cassidy) to stage the ultimate Christmas Gala for his most important investors, Emily finds herself being sent to bootcamp — Santa Bootcamp — to find the perfect Santa and inspiration she will need to make the evening a success. While there, Emily meets Belle (Moreno), the bootcamp’s drill sergeant with a heart of gold, who helps Emily rediscover the magic of Christmas and find romance along the way. The film also stars Winokur, Gaston, John Schuck, Bray, and Singleton.

MacKenzie Graves (Drew) is a brilliant, competitive, crossword puzzle loving Biology teacher in Vermont who recently lost her father, beloved fire chief and the heart of the town’s holiday fundraising tradition “The Reindeer Games.” Every year since his death, she competes with her dad’s former team, a group of colorful retired firefighters, to win the Games and keep his tradition alive. The holiday however, her world is rocked when fading Hollywood star, and Mac’s high school crush, Chase Weston (Bruening), comes home for Christmas to visit his pregnant sister and nephew and is begrudgingly roped into participating in the Games. When the opportunity to compete against her former mega crush arises, Mac is determined to show him up and win the Kris Kringle Cup at all costs. As the competition heats up, so does the spark between Mac and Chase, and Chase soon finds himself eager to not only win the games, but also win her heart as well. Brian Sills also stars.