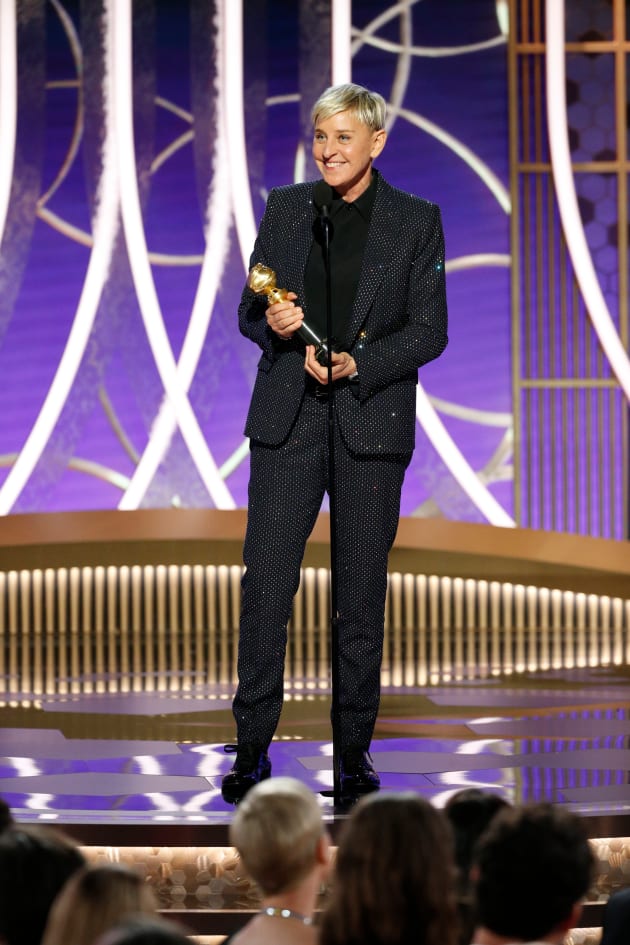 Ellen DeGeneres Tearfully Thanks Fans and Audience on Talk Show

It was the end of an era on daytime TV this Thursday afternoon.

The Ellen DeGeneres Show wrapped its run after 19 seasons, and the talk show host said an emotional farewell.

“I walked out here 19 years ago and I said, ‘This is the start of a relationship.’ And today is not the end of a relationship, it’s more of a little break. You can see other talk shows now. I may see another audience once in a while,” DeGeneres said during the final monologue.

“Twenty years ago when we tried to sell this show, no one thought this would work.”

“Not because it was a different kind of show — it was because I was different. Very few stations wanted to buy the show and here we are 20 years later, celebrating this amazing journey together.”

The star went on to speak about how the world has changed since the series launched.

Portia de Rossi, Ellen’s wife, was on the front row for the final episode.

“What a beautiful, beautiful journey that we have been [on] together.”

“If this show has made you smile, if it has lifted you up when you’re in a period of some type of pain, some type of sadness, anything you are going through, then I have done my job. … This show has forever changed my life. It is the greatest experience I have ever had, beyond my wildest imagination.”

The final episode threw it all the way back to its 2003 series premiere by having Jennifer Aniston back on the show as a guest.

It was a nostalgia-filled hour, and it concluded with DeGeneres addressing the audience.

“Thank you so much for this platform,” DeGeneres said, holding back tears.

“I hope that what I’ve been able to do in the last 19 years has made you happy. … And I hope I’ve been able to inspire you to make other people happy and do good in the world. To feel like you’ve had a purpose.”

“If I’ve done anything in the past 19 years, I hope I’ve inspired you to be yourself — your true, authentic self. … By opening your heart and your mind, you’re going to be that much more compassionate.”

“And compassion is what makes this world a better place. … I feel the love and I send it back to you.”

News of the talk show’s demise came a year ago when Ellen opted to not renew her contract.

The series and the host had been the subject of much scrutiny following reports of a toxic workplace.