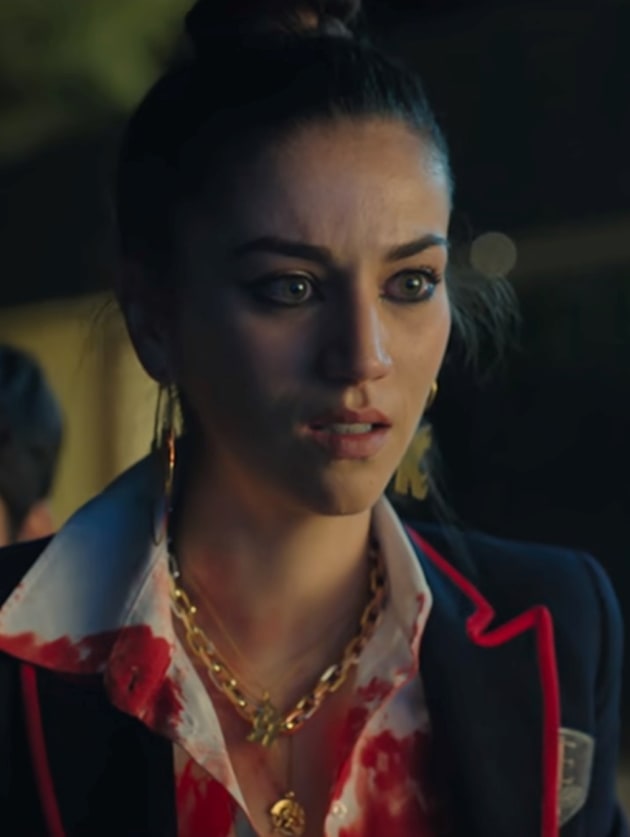 Elite Season 6 gets underway later this year on Netflix.

The streaming service revealed a new batch of episodes will arrive on Friday, November 18.

“After Samuel’s death, Las Encinas faces a new school year trying to have a facelift by covering up disasters of the past,” reads the official synopsis.

“However, the conflict in its classrooms is systemic: racism, sexism, domestic abuse or LGTBI-phobia are just a few of the difficult issues that will run through the hallways of the prestigious institution this season.”

“If those who run the system do not actively take action to address these issues, it will have to be the students themselves who do so.”

While the cast exits haven’t been seamless in the slightest, Elite Season 6 is poised to be completely different.

Samuel (played by Itzan Escamilla) was seemingly killed off at the conclusion of the previous season, but there were some rumors that he survived.

Omar (Omar Ayuso), Rebeka (Claudia Salas), and Cayetana (Georgina Amorós) are also gone when the series returns, meaning that there will very likely be zero original stars on Elite Season 6.

Season 5 additions Valentina Zenere (Isadora) and Andre Lamoglia (Ivan) will be back.

Netflix recently confirmed an Indian adaptation of the series, which will be called Class.

Check out the Elite Season 6 teaser, and hit the comments with your thoughts on it.

Are you ready for a mostly new cast?