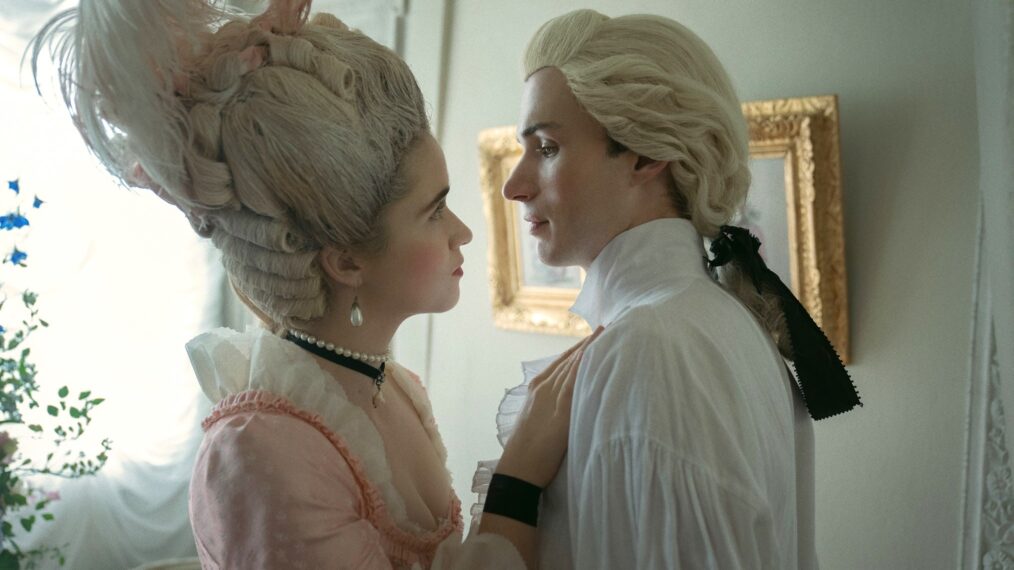 Starz has set a premiere date for its highly anticipated series adaptation of the 18th-century novel Dangerous Liaisons.

The drama is poised to premiere on Sunday, November 6 and in anticipation of the show’s arrival, Starz unveiled some first looks at the beautifully reimagined tale which centers around the epic story of Merteuil and Valmont. Unveiled during the network’s TCA presentation, the first look teaser and photos preview Merteuil and Valmont’s beginning as young lovers in the slums of Paris and follow as they rose to the heights of French aristocracy through various schemes. New episodes will be available weekly on Sundays at midnight on the Starz app, all Starz streaming, and on-demand platforms. On linear television, Dangerous Liaisons will debut November 6 on Starz at 9/8c and will air each following Sunday at 8/7c beginning November 13.

A bold prelude to Laclo’s classic novel, Dangerous Liaisons focuses on the origin story of his iconic characters, Marquise de Merteuil and the Vicomte de Valmont who met as passionate young lovers on the eve of the revolution. The modern spin will take viewers on a journey through wonder and terror, beauty and degradation, seduction and deception in pre-revolutionary Paris. Driven to right the wrongs of their past, the young couple played by Alice Englert and Nicholas Denton will use their skills of seduction and manipulation to get what they want. The story picks up with Camille who is taken in by the current Marquise de Merteuil (played by Lesley Manville), as she navigates her own path in a world of men, using the power of secrets to take back control. And Valmont will stop at nothing to regain his title that was recently taken from him.

Stay tuned for more first looks at Dangerous Liaisons before it arrives on Starz this fall, and check out the teaser, below.