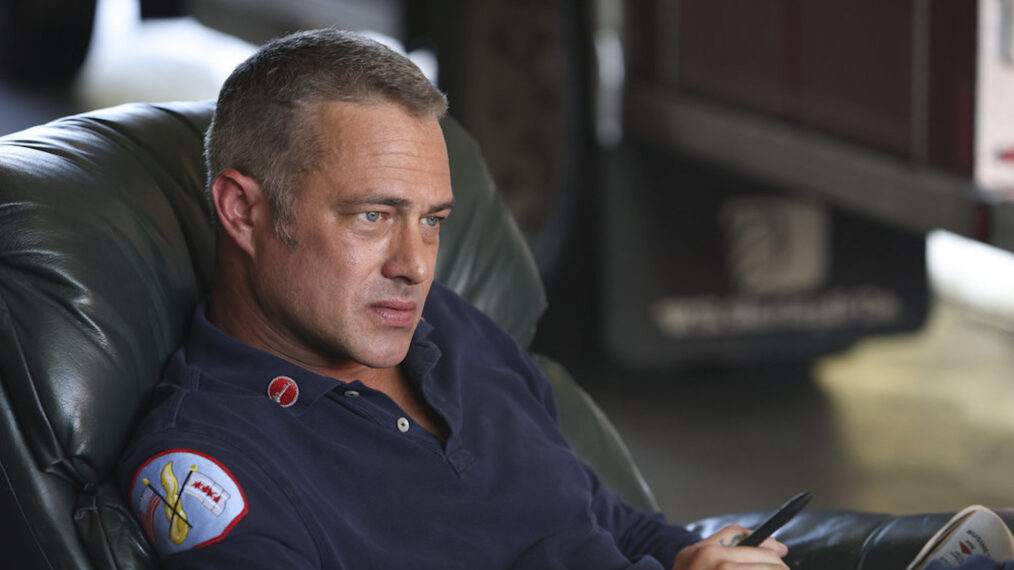 Squad 3 is going to be without its lieutenant for an unspecified amount of time on Chicago Fire.

Taylor Kinney, who has starred as Lieutenant Kelly Severide since the series premiere, has reportedly taken “a leave of absence to deal with a personal matter,” according to Deadline. News of the leave was delivered to the cast and crew on January 20. No other details have been revealed.

According to the report, his absence will likely be addressed in-show, with rewrites to any scripts that were completed already.

So how could Chicago Fire explain why Kinney’s Severide isn’t seen for however long it is? And will we see Cruz (Joe Minoso) just filling in for him or will they have to bring in someone new to help out on Squad in some capacity? The latest episode offered one possibility, with Severide and his wife, Lieutenant Stella Kidd (Miranda Rae Mayo), clashing on a call and even led to the question of whether one of them should switch shifts so as to avoid that happening in the future. However, they’d resolved the problem by episode’s end (and even had fun bringing work home, in the form of Kidd wearing his jacket). That doesn’t mean it can’t come up again.

Depending on how long he’d be MIA onscreen, Severide could always be said to be recovering from an on-the-job injury sustained during a shift we don’t see. Or, perhaps the easiest explanation, could be that he’s working with OFI (Office of Fire Investigation) on a case or cases that require his full attention — with Boden’s (Eamonn Walker) OK — and we only hear about it rather than see it onscreen.

The news comes after Chicago Fire‘s promo for the next episode shows Severide during one of paramedics Brett (Kara Killmer) and Violet’s (Hanako Greensmith) calls. Watch that below.