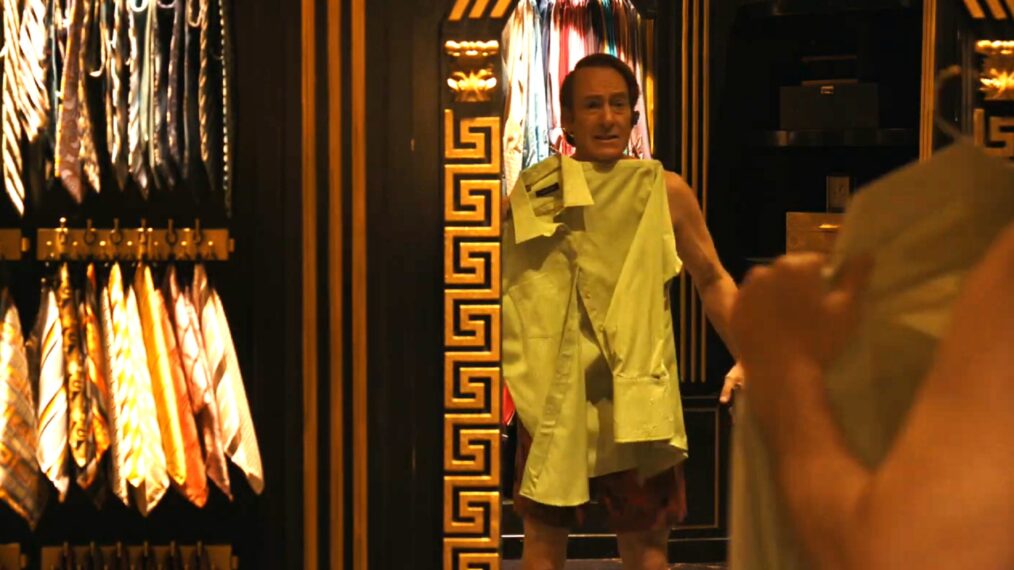 AMC is giving viewers a new peek at the final round of Better Call Saul episodes with a fresh trailer that teases at the Saul (Bob Odenkirk) viewers knew during Breaking Bad.

Set to return beginning Monday, July 11, Better Call Saul‘s sixth and final season has six more episodes to unveil before wrapping up the prequel. The new minute-long teaser set to the tune of Fred Neil’s “A Little Bit of Rain,” sets a sentimental and melancholic tone as fans prepare for the big goodbye.

Concluding on Monday, August 15 with the series finale installment, Better Call Saul is quickly approaching the timeline from Breaking Bad, hinting at the incoming collision of Jimmy’s world and the one that centered around Walter White (Bryan Cranston) and Jesse Pinkman (Aaron Paul). The last set of episodes will wrap up the complicated journey and transformation of Jimmy McGill into the criminal lawyer Saul Goodman, but it’s still a little fuzzy about how he’ll get there after the cliffhanger ending of Season 6A. As fans will recall, Lalo Salamanca (Tony Dalton) caught Jimmy and Kim (Rhea Seehorn) off guard when he entered their apartment shortly after Howard Hamlin (Patrick Fabian) arrived to confront them.

The cartel man ended up killing Howard in a shocking and sad twist of events, before turning to Jimmy and Kim for help with his own situation. No hints of this storyline are provided in the trailer which includes black and white scenes from Saul’s familiar strip mall office, Los Pollos Hermanos, Jimmy and Kim’s apartment complex, the courtroom, the Crossroads Motel, and Gustavo Fring’s (Giancarlo Esposito) underground lab.

It’s the teaser’s last frame that brings some color to the preview as viewers join Jimmy in Saul’s gaudy closet which was last seen in the season’s opening sequence. This moment certainly appears to be dropping in on Jimmy during a time when he’s serving Albuquerque in the capacity that fans saw in Breaking Bad.

Stay tuned to see how he gets there as the final episodes of Better Call Saul air on AMC and AMC+, and catch the intriguing trailer, below.