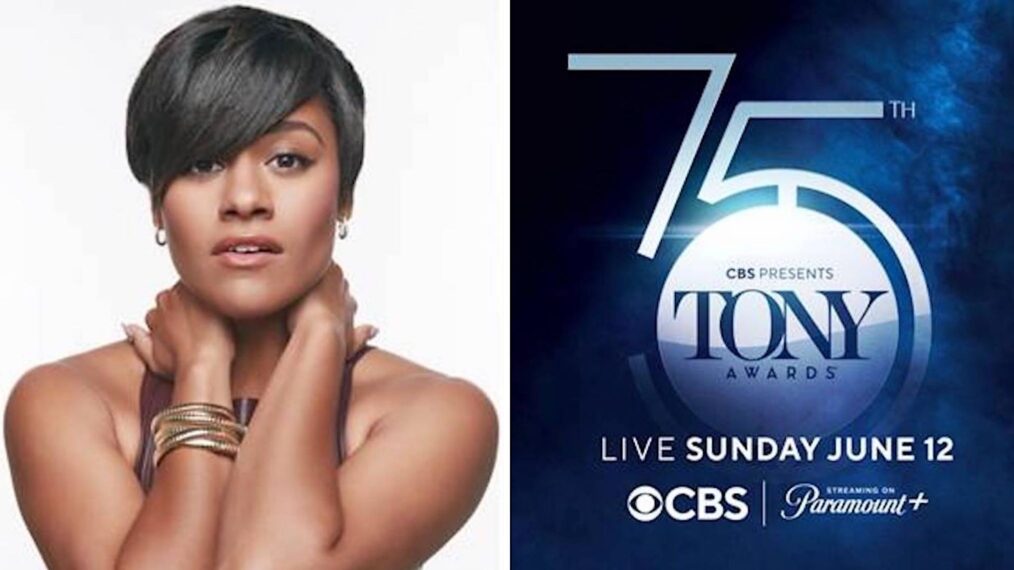 Fresh off the heels of her Oscar win, Ariana DeBose has been announced as the host of the 2022 Tony Awards, airing live on Sunday, June 12 on CBS and Paramount+. The West Side Story star is returning to her Broadway roots to celebrate the best of theater.

The 75th Annual Tony Awards will take place live from Radio City Music Hall in New York City from 8 p.m. to 11 p.m. ET. The event will air on CBS and stream live and on-demand on Paramount+. There will also be extra Tony Awards content streaming exclusively on the streaming platform. The 2022 Tony Award nominations will be announced by Tony winner Adrienne Warren (Women of the Movement) and Tony nominee Joshua Henry (Tick, Tick…BOOM!) on Monday, May 9.

“I’m coming home! I’m so honored to celebrate 75 years of excellence in theatre, but more importantly every member of this community who poured themselves into making sure the lights of Broadway have the opportunity to shine brightly once again! This is a dream come true, and I’m excited to see you all on June 12,” DeBose said in a statement.

“We are thrilled to have Ariana DeBose, who has captivated audiences with her inspirational roles on stage and in film and television, host this year’s Tony Awards,” Jack Sussman, executive vice president of specials, music, live events and alternative programming, CBS, said. “After the challenging last two years, there is no one better to bring the theater community together on this important night honoring the best of Broadway and share the joys of live performing once again than this extraordinarily talented artist.”

“The 75th Tony Awards celebration is a big moment for all of us in the theater community, and in Ariana we have found the perfect host to lead this celebration,” Heather Hitchens, president and CEO of the American Theatre Wing, and Charlotte St. Martin, president of The Broadway League, said. “We can’t wait to see Ariana take the stage on June 12 and dazzle, inspire and entertain us.”

“There’s a reason Ariana has been nominated and won so many awards… and you’ll see why on June 12 when she is back ‘home’ on a Broadway stage,” said Ricky Kirshner and Glenn Weiss, executive producers for White Cherry Entertainment.

Before her award-winning turn in West Side Story, DeBose has been part of several Tony-winning and Tony-nominated shows. She received her first Tony nomination in 2018 for her portrayal of a young Donna Summer in Summer.

Prior to that, she starred in A Bronx Tale The Musical, produced by Robert De Niro, and she was in the original Broadway cast of Hamilton as The Bullet and an ensemble member. She can be seen in Hamilton on Disney+. DeBose’s other Broadway credits include Pippin, Motown The Musical, and Bring It On The Musical.