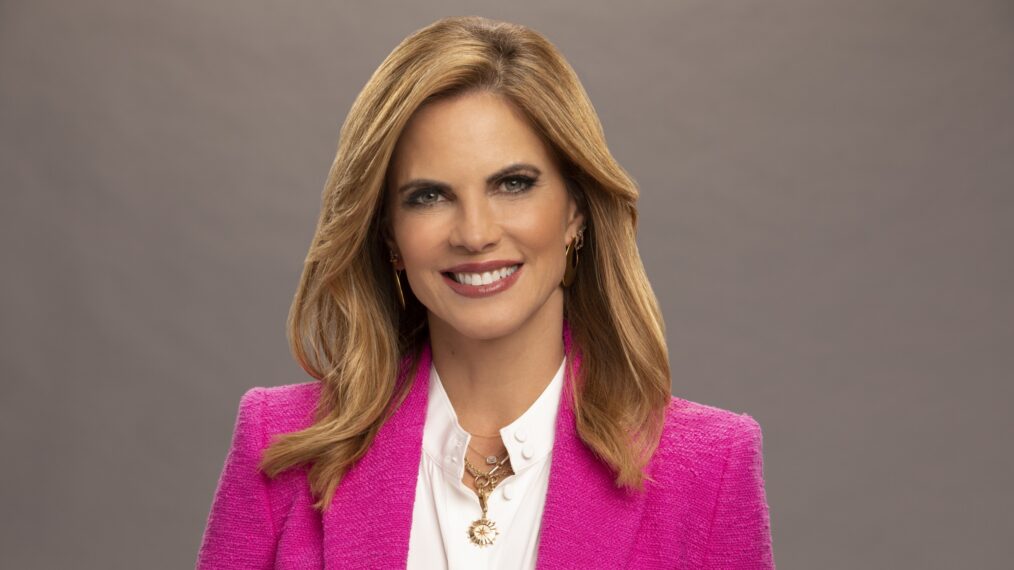 The Talk‘s Natalie Morales is returning to her true crime roots with her first investigative report for CBS‘s 48 Hours set to air Saturday, November 19, the episode covers an unbelievable cold case out of Breckenridge, Colorado.

“The opportunity to be a part of 48 Hours is like working with the dream team. I mean, they are the originators of the true crime genre,” Morales gushes to TV Insider. “I’m working with the best of the best and, having had experience in true crime, I think it was a natural fit when I joined the network.”

Morales has been a permanent co-host on The Talk since October 2021, and since her run with CBS, this is the first time she’s been able to collaborate with 48 Hours. The reporter previously covered crime on Dateline NBC. Now, she’s collaborating with the CBS team to tell “deeper stories” and “be much more involved in the storytelling,” Morales shares. The episode Morales is heading follows the story of Annette Schnee and Bobbie Jo Oberholtzer, two twentysomething women who were mysteriously killed in Colorado’s ski resort town. Although their bodies were discovered in two separate locations, the women were linked through an orange sock found near Oberholtzer’s crime scene, matching one found on Schnee. “It was a cold case for 40 years, but in the last year and a half was when they really kind of broke the case, and they got the resolution and justice,” Morales explains.

“When I signed on with the 48 Hours team, this was [a case] we started talking about right away because it was getting ready to be adjudicated,” she adds. When it came to the case, Morales says she was pulled into the case because the story “gutted” her, and Breckenridge is a place she’s familiar with.

“These two gorgeous [girls] were hitchhiking back in the eighties, which was sort of the way people got around back then,” Morales elaborates at the beginning of Annette and Bobbie Jo’s story. “They both happened to be picked up on the same day and night and ended up going missing. One [of them] was found the next morning shot dead, and the other was found six months later.” “It’s just such a horrific and tragic story,” Morales muses, “but it took so long for there to be any breaks in the case.” Thankfully viewers can rest assured because this episode will unveil the identity of their killer. “It turns out there were so many interesting parallels and twists and turns,” she teases of the story. “At one point, the killer, it turns out, got caught in the snowstorm on the mountain path as he was trying to go home after committing these horrific murders.”

Ultimately, the killer was rescued by firefighters as they were unaware of the individual’s recent actions. It wasn’t until now that the suspect was found because of a match found in a genetic genealogy DNA database. While we wouldn’t want to spoil the report, Morales is excited for viewers to see justice served.

And while she loves working on The Talk, Morales enjoys getting back into true crime. “I don’t get to do that all the time here at The Talk,” she says. “So I want to continue to do that as a journalist and be a part of what’s really important storytelling, whether it’s 48 Hours or working on other stories at CBS News.”

As for her future with 48 Hours, Morales says, “I don’t have another case lined up just yet because I’m getting through promoting this one first. But they are working on one, I’ve been told. We just wanna make sure all the elements are there.” Don’t miss Morales’ first 48 Hours investigation when “Last Seen in Breckenridge” airs on CBS, and stay tuned for updates on her next case as her true crime coverage continues with the network.