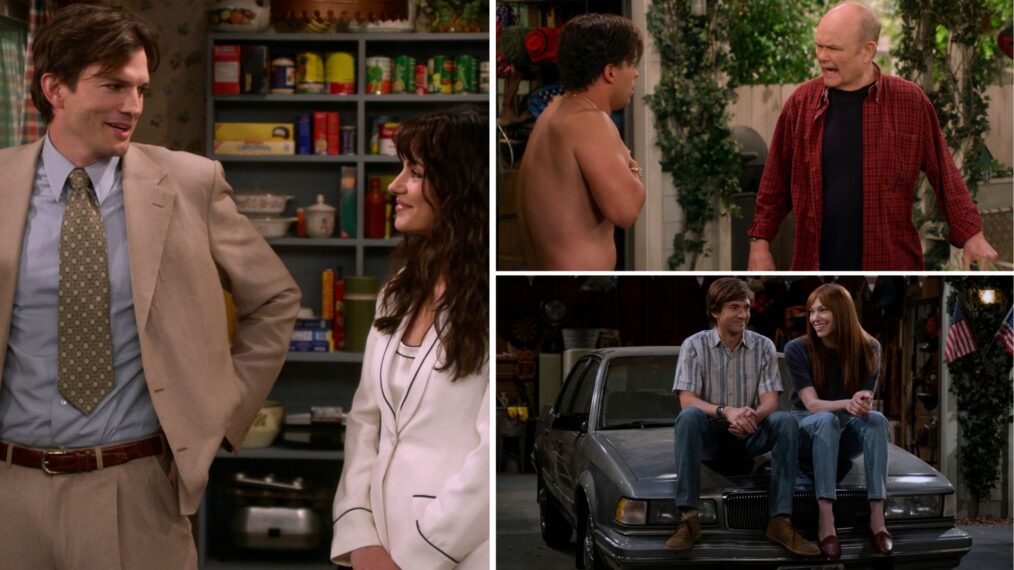 [Warning: This article contains spoilers from That ‘90s Show Season 1.]

With the release of That ’90s Show on Netflix, fans of the original That ’70s Show can expect many Easter eggs scattered all over the 10 episodes.

Set 15 years after the season finale of That ’70s Show, the sequel series finds Eric Forman (Topher Grace) and Donna Pinciotti (Laura Prepon) married and living in Chicago with a teenage daughter of their own named Leia (Callie Haverda) — an Easter egg in itself. The family visits Kitty (Debra Jo Rupp) and Red (Kurtwood Smith) in Point Place, Wisconsin, for the summer, with Leia befriending a new generation of basement buddies.

Though the kids have their own adventures in Point Place, the series doesn’t forget where it came from with cameos, throwbacks, and gags from That ’70s Show… trust us, there’s a lot.

Scroll down for all the That ’70s Show Easter eggs in That ’90s Show.