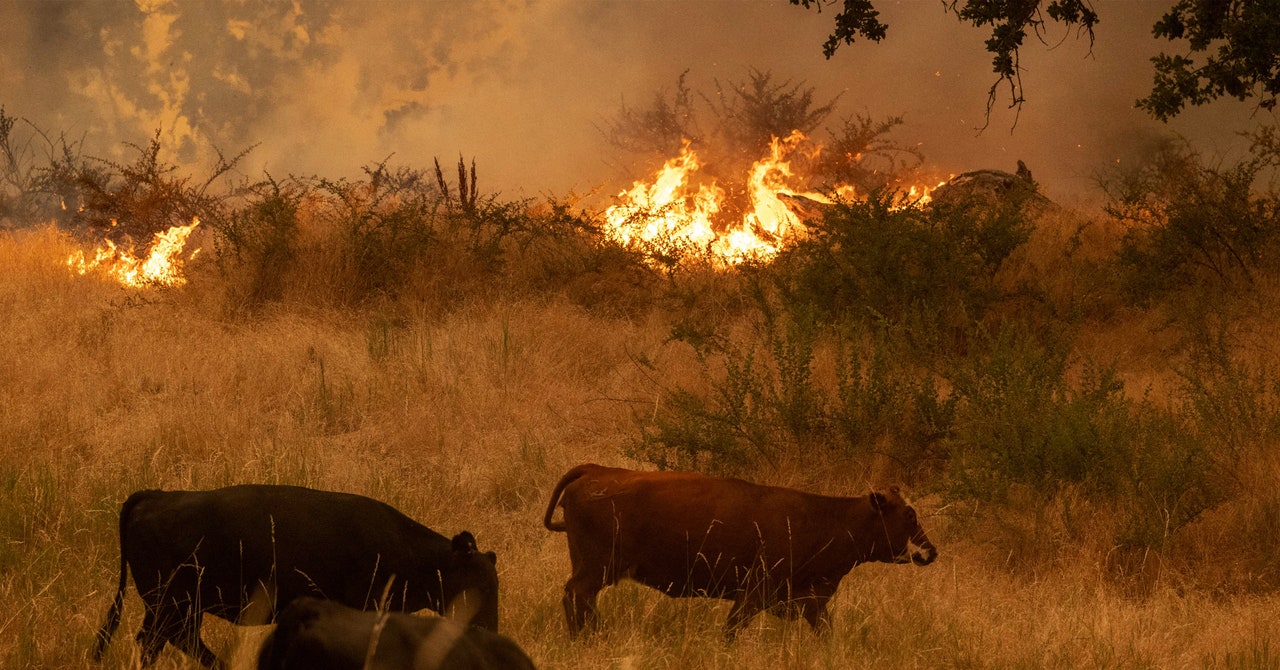 The infamous 2018 Camp Fire, which destroyed the town of Paradise, bathed the UC Davis campus in smoke, giving Pinkerton and his colleagues a unique opportunity to determine the effects on another species: the rhesus macaque. At the campus’ California National Primate Research Center, the macaques live in outdoor enclosures. So just as Skibiel did with dairy cows, Pinkerton could monitor them as the haze rolled in.

He found an increase in miscarriage during the breeding season, which happened to overlap with the smoke event: 82 percent of the animals exposed to smoke gave birth, when in a normal year the average rate of live births is between 86 and 93 percent. “We actually had a small, but statistically significant, reduction in birth outcomes,” says Pinkerton. “We don’t know all the specifics of it, or what the precise cause would be, other than the fact that it was associated with wildfire smoke.”

In Indonesia, which is plagued with peat fires, primatologist and ecologist Wendy Erb of the Cornell Lab of Ornithology has studied smoke’s effect on another primate, the orangutan. Peat fires have created a dire public health crisis in Indonesia, where developers drain peatlands and set them on fire to create farmland. This is a particularly nasty kind of conflagration, as it smolders through carbon-rich fuel for months on end, bathing cities and surrounding forests in smoke for far longer than, say, a California wildfire that rips through vegetation.

Erb monitors individual orangutans in the wild by collecting urine and stool samples (yes, that means standing under trees to catch the stuff) and following them around throughout the day to see how much they’re eating and how much energy they’re expending. From the urine samples, she can determine ketosis, or whether the animal is metabolizing fat as an energy source.

One hypothesis, which the team hasn’t yet tested, is that the orangutan’s bodies are mounting an immune response to the deluge of smoke, and that they need more calories to fuel that defense. But this might use up calories the animals need for other life necessities, like growing, reproducing, and feeding their offspring. (Of all the primates, orangutan mothers spend the most time raising their children.) Saving energy by moving less also means fewer opportunities to socialize, which is a concern for a primate that’s already critically endangered because it’s losing its habitat to deforestation.

Erb has related concern: These unnatural fires happen year after year after year, so orangutans in the wild are exposed to chronic smoke inhalation. Erb has found that the vocalizations of orangutans exposed to smoke change, just like a human smoker’s voice changes over time. Might that affect how the animals communicate in the wild? If the animals’ voices grow hoarse, for example, they may not be able to communicate as far.