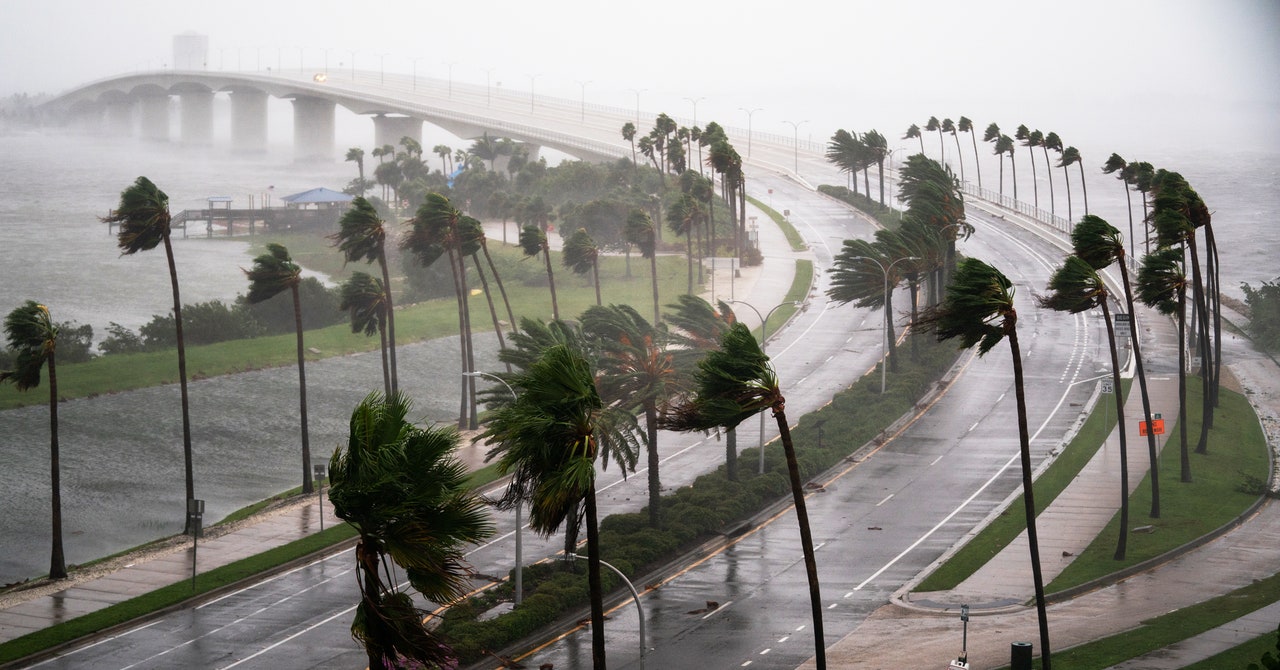 As global average temperatures rise, the atmosphere will also hold on to greater quantities of moisture, meaning hurricanes could unleash stronger torrents of rain—as much as 14 percent more with 2 degrees Celsius warming, according to Knutson. Sea levels are also expected to rise, contributing to stronger storm surges and devastating impacts on coastal areas. “We have very high confidence that sea level rise is going to continue, and that’s going to exacerbate any type of situation like the one we’re seeing now in Florida,” Knutson says.

Most climatologists agree that the intensity of hurricanes and tropical cyclones will increase as global temperatures rise, and that there’s a strong likelihood that they’ve already begun to do so. Since 1980, there’s been an increase in the percentage of hurricanes that reach Category 3 or higher, and storms have started to intensify more rapidly.

At this point, even if nations make good on their COP26 commitments, we’re likely to reach 2 degrees Celsius of global warming—a scenario in which coastal areas in hurricane-prone regions will face an unprecedented existential crisis. Sea level rise will be a general problem, but it will also be a particular threat during extreme weather events, leading to more violent storm surges and overland flooding that will devastate infrastructure and squeeze local and national resources.

Marshall Shepherd, a climatologist and former president of the American Meteorological Society, says the rising threat of tropical storms is a reality that can no longer be ignored—and yet one that we don’t seem to be adapting to. “In some ways these aren’t really natural disasters anymore,” he says. The fact that we keep placing human infrastructure and people in the pathway of these hurricanes, he argues, means that we can’t regard these as freak occurrences, but problems of our own making.

According to the US Census Bureau, Fort Myers, Florida, was the sixth-fastest-growing area in the country from 2020 to 2021. The fastest development there is still occurring along the coastline, with little thought to rising sea levels or an increased likelihood of extreme weather. Mitigation efforts like sea walls can be effective at protecting property from smaller storms, but walls would need to exceed 300 feet in height to protect infrastructure from the most intense hurricanes, at a cost that would exceed the value of the property being protected. “Going forward, there’s got to be realistic and smart growth solutions,” Shepherd says.

What realistic and smart growth will actually look like might be a bitter pill to swallow for those living in coastal inundation zones. Rob Young, a geologist and director of the Program for the Study of Developed Shorelines, says we need to start changing how we rebuild in the aftermath of these devastating storms. “There are probably areas that we simply shouldn’t put any infrastructure back in,” Young says. “But it’s really difficult to make that call after an emergency when everybody’s just trying to make themselves whole again.”

The complete devastation of Mexico Beach, Florida, by Hurricane Michael in 2018, which bombarded the area with 155 mph winds and a 17-foot storm surge, is a prime example, he says. The town’s rebuilding strategy consisted of elevating homes at least 18 feet off the ground to withstand future storm surges. “But they’re still building in a flood zone,” Young says. “We just don’t have the right kinds of incentives or disincentives to change that economic calculus yet—anywhere, not just in Florida.”

Whether or not people reconsider where and how they live, hurricanes and tropical cyclones will almost certainly become stronger and deadlier. The threat is clear—how humanity will respond to it is not.