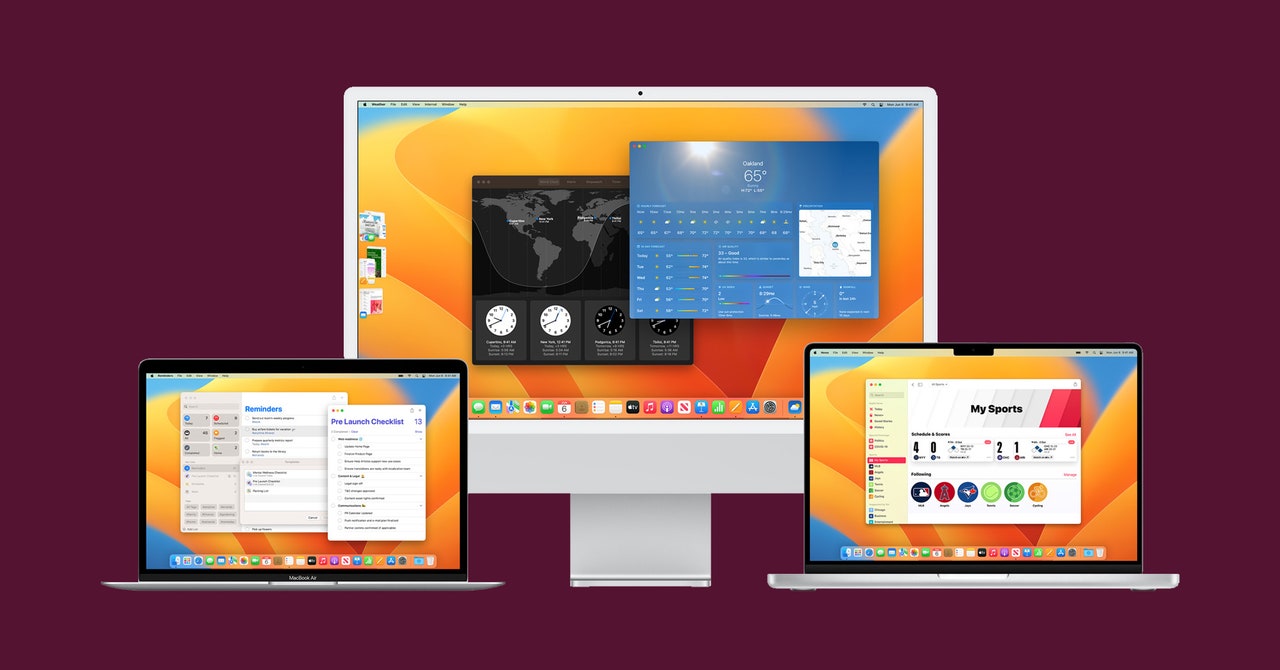 All the New Features Coming to Your Mac This Fall

Say goodbye to Monterey and hello to Ventura—MacOS Ventura, that is. Also known as MacOS 13, Apple’s latest operating system will pack a variety of new features into desktops and laptops. In addition to updates to Messages, Safari, the Mail app, and Continuity, there’s an entirely new multitasking tool called Stage Manager. The final edition of MacOS Ventura will be available for download this fall (new MacOS versions usually arrive in September), but we’ve gathered all the top features you can look forward to.

Is Your Mac Compatible?

Each version of MacOS is made available as a free update on supported Apple hardware. If you’re wondering whether your current Mac is compatible with Ventura, here’s a list of all the models that will be able to run the new OS:

If you’re not sure which Mac model you have, tap on the Apple icon in the menu bar in the upper left hand corner of your screen and click on About This Mac.

How to Install the MacOS Ventura Public Beta

If you don’t want to wait until fall to test out all the new features that come with MacOS Ventura, you can install the public beta. Unlike the developer beta, this prerelease software is free to download. But it’s very important to note that, as with any beta, it’s going to come with unexpected bugs that could severely impact your Mac’s usability. We recommend either installing it on a secondary device if you have one or holding off.

But if you’re willing to take the risk, you should back up your Mac before installing the OS. You can do this one of two ways: Back up your files with Time Machine or store your files in iCloud. Find step-by-step instructions for both methods via Apple’s support article.

To download the public beta, go to the Apple Beta Software Program homepage, click Sign In (or Sign Up, if you’re new), and enter your Apple ID information. Then click on MacOS, Enroll Your Devices, and scroll down on Download the macOS Public Beta Access Utility. From there, click the link to download the utility and run the installer. Once that’s complete, go to System Preferences > Software Update > Upgrade Now. Whenever a new public beta is released, you’ll receive a notification under Software Update. To install it, go to System Settings > General > Update Now. 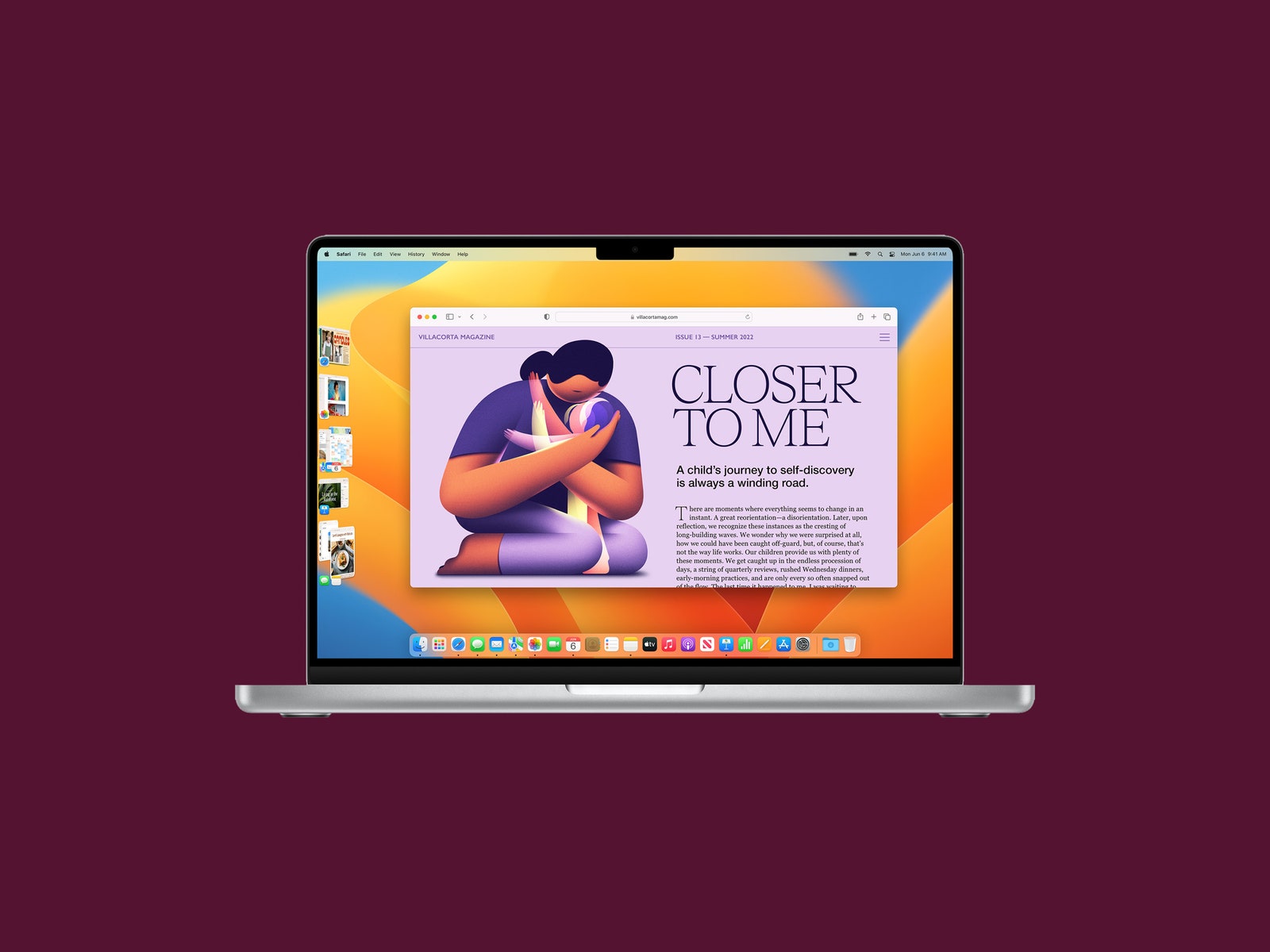 In an effort to help us stay on task, Apple’s new Stage Manager feature automatically organizes all your open windows and apps on the left side of your screen. This keeps them discernible at a glance and in full view rather than hidden behind other windows or down in the dock. Stage Manager keeps whatever window you’re using in the center of the screen. You can also group windows and apps together for specific projects, and rearrange the windows’ sizes and positions within your focused workspace. Switch between windows whenever you need to; Stage Manager will preserve your groupings and the arrangement of windows within the group. 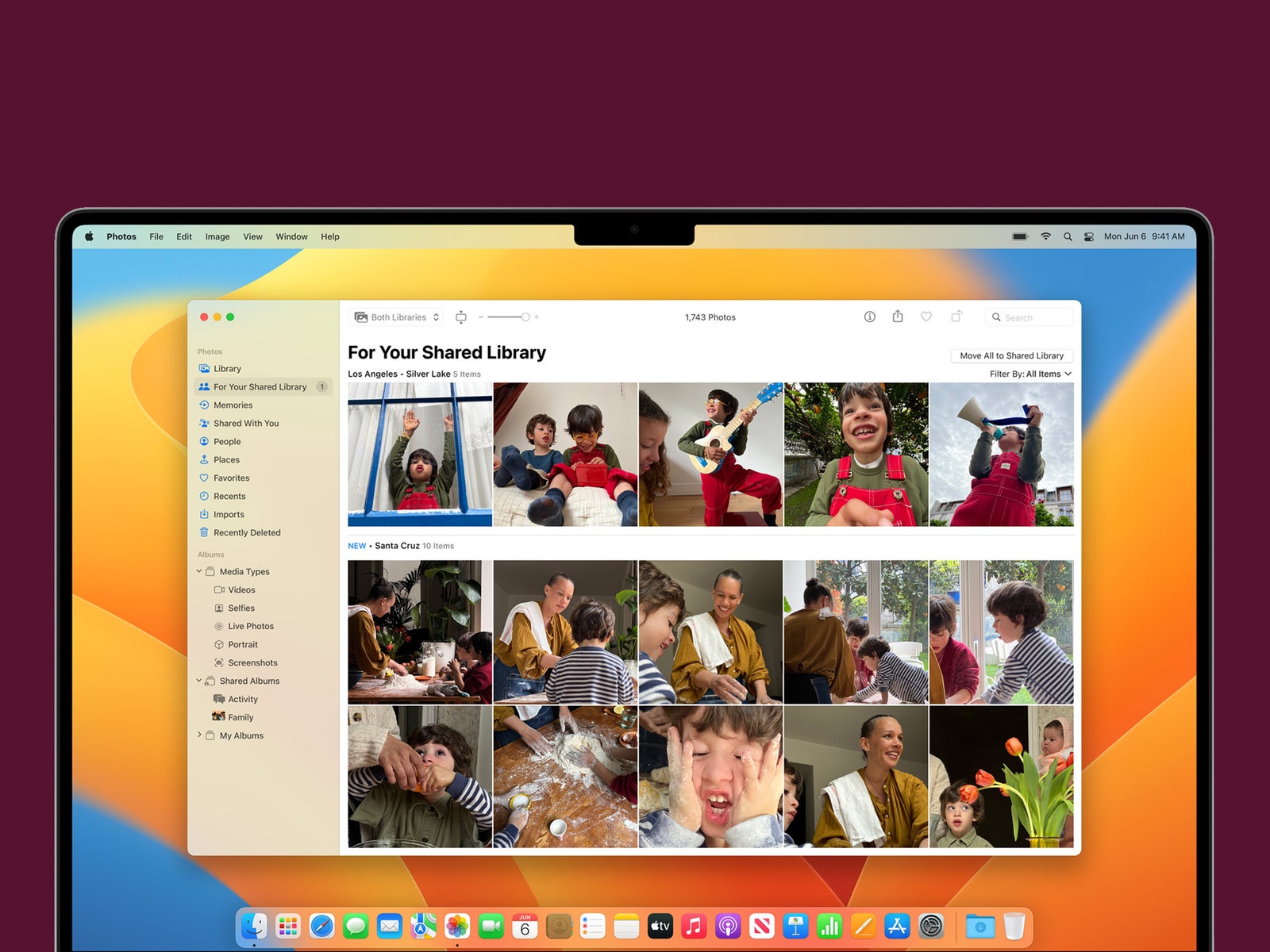 Instead of air-dropping batches of photos or manually sending them to a group chat, you’ll now be able to share them in a separate iCloud library with up to five other people. You can share all the photos and videos in your library, or customize specific content that you want automatically added based on people in the images or the date they were taken on. Those who are part of the Shared Library will also be able to edit, delete, and favorite photos—all of which will sync to everyone’s devices. 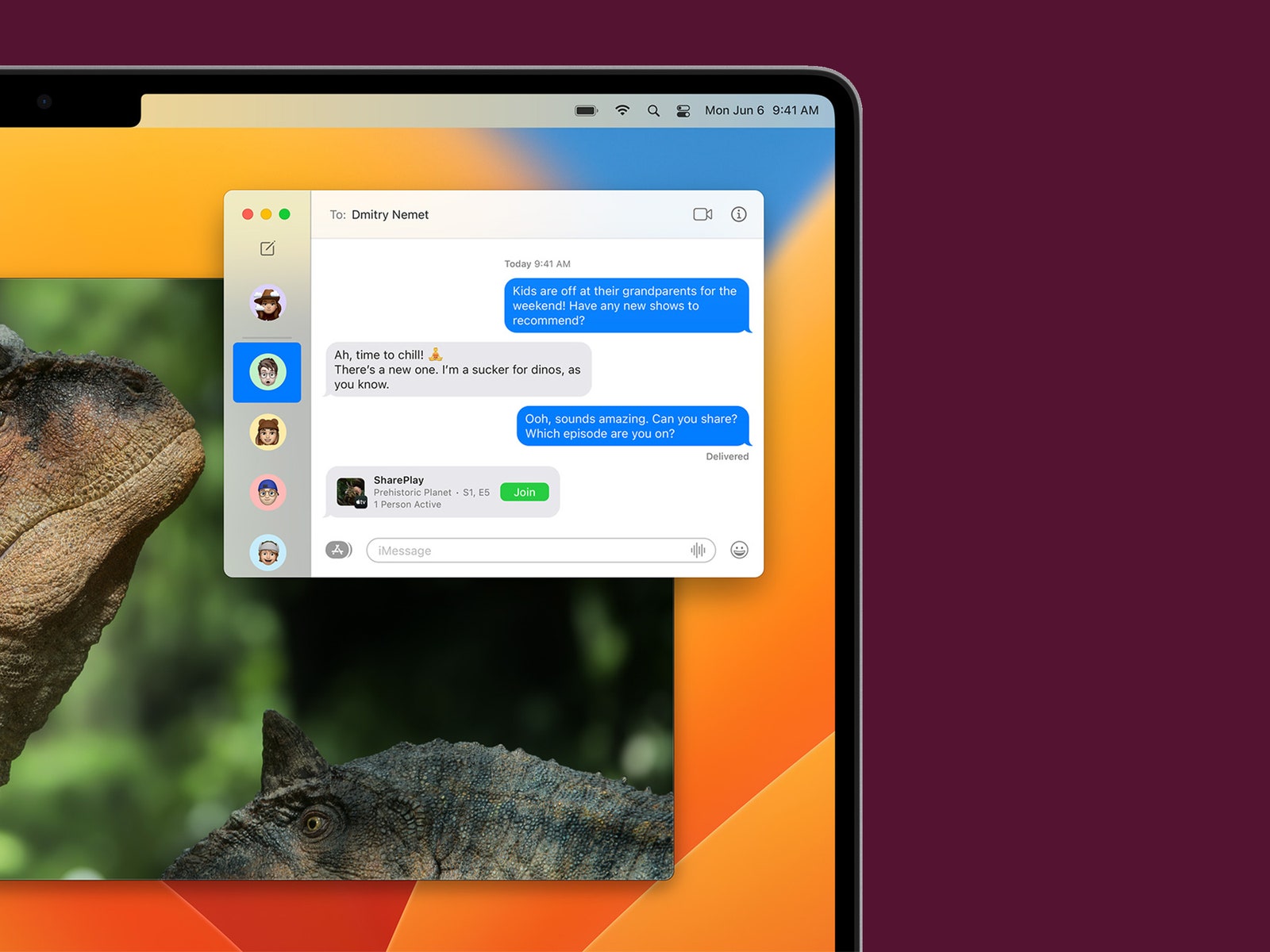 SharePlay is being incorporated into Messages in the next version of macOS.

We’ve all sent regrettable texts before, and Apple clearly knows it. With MacOS Ventura, you can edit or delete messages up to 15 minutes after sending them. You will also be able to recover deleted texts for up to 30 days. If you have your read receipts, you can also mark a message as unread—which will hopefully ease the pressure to respond right away. Since Messages runs on many of Apple’s devices, these features will also be available on iOS 16 and iPadOS 16.