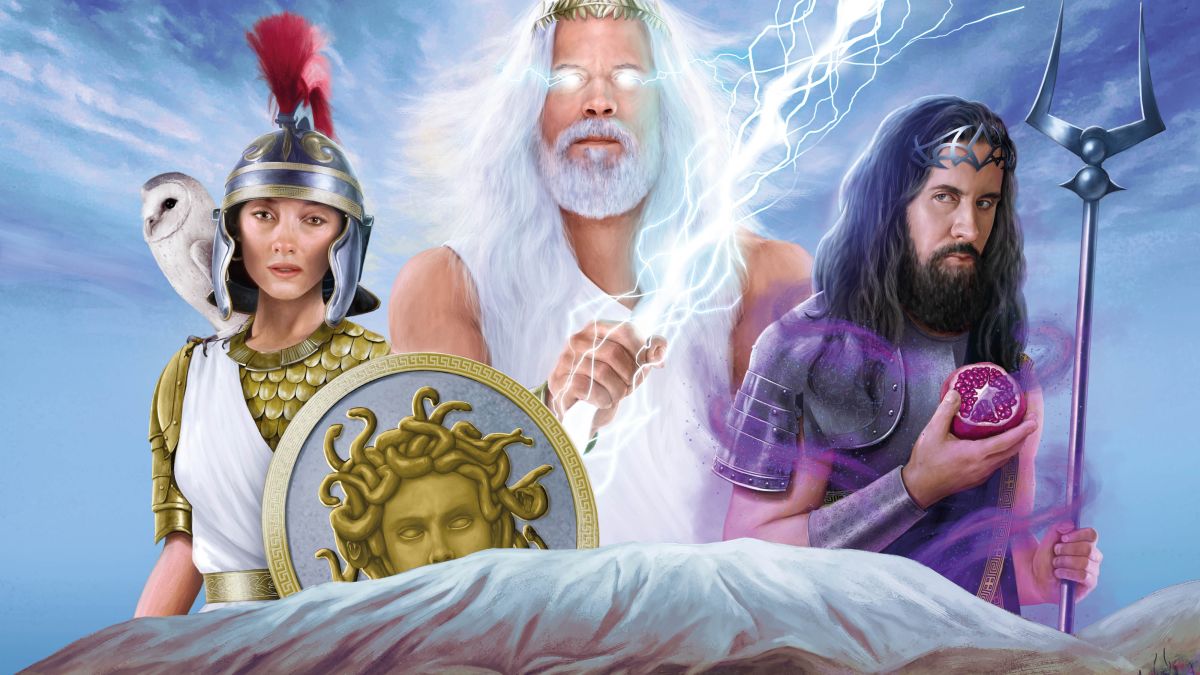 Where did the Greek gods come from?

In All About History issue 117, on sale now, you can uncover the origins of the Olympian gods and learn how the myths the Ancient Greeks built around their deities helped to inform their civilization.

Breaking down the stories of Zeus, Athena, Hades, Poseidon and more, All About History connects the dots between Greece and its neighboring cultures. You can also find out why these gods were so important to regional identity, such the important connection between Athena and her namesake city of Athens.

Annette Giesecke is your guide through the twisted tales of Greek mythology, giving you a crash course in the origins of the Greek gods, from the Titans to the Olympians and then explaining the role some key gods played in people’s daily lives.

Also in All About History 117, you can learn about the militant life of Emmeline Pankhurst and her fight for women’s suffrage, discover the dark side of Ludwig van Beethoven, read about the origins of popular superstitions and find out who Africa’s greatest (but often forgotten) queens have been through the centuries.

Related: Read a free issues of All About History

Plus there’s a breakdown of the history of the Space Race, insight into why medieval writers were obsessed with dragons and a walkthrough the childhood home of Anne Boleyn.

The story of the Olympian gods is full of dark tales and strange twists, but they carried great meaning for their people. (Image credit: Public Domain (wiki/The Athenaeum))

According to Herodotus it was the poets Homer and Hesiod, writing in the 8th century B.C., who gave the Greeks their gods. Herodotus, who lived in the 5th century B.C., was himself a Greek from the city of Halicarnassus in what is now Turkey. He was right about Homer and Hesiod, or more properly, the works attributed to them. Homer’s Iliad and Odyssey, together with Hesiod’s Theogony, are the oldest existing works of literature in the Western world.

In both of these book-length poems, all the major gods appear as characters with distinct personalities and powers. In his Theogony, which translates as ‘Origin of the Gods’, Hesiod explains how exactly the Greek gods came into being. Hesiod’s divine-creation myth is also a cosmogony, a story of the origins of Nature and the Universe. The first gods were elemental. They were deified physical parts of the Universe, but they gradually became anthropomorphized, believed – at least sometimes – to have human emotions and form. Zeus, Hera, Aphrodite, Poseidon and the other familiar Olympian gods did not at first exist, only coming into being after the creation of Earth and Sky, which also were considered gods.

According to Hesiod, the Universe existed first as a vast nothingness, a vacant space for which the Greek word is ‘Chaos’. From Chaos arose Gaia, who was conceived both as our planet Earth and as a great mother goddess. More primordial elemental gods would follow. Eros, the force of desire, also arose from Chaos, and next came Erebos (Darkness) and Nyx (Night). Erebos and Nyx together bore Aether (the bright upper sky) and Hemera (Day). Wanting companionship and protection, Gaia herself produced Ouranos (Sky) to cover her on all sides.

Read more in All About History 117.

Dark side of Beethoven

Beethoven is celebrated as one of the greatest composers in history, but he struggled with ill-health and personal tragedies. (Image credit: Public Domain (wiki/Beethoven-Haus, Bonn))

Alongside figures such as Johann Sebastian Bach and Wolfgang Amadeus Mozart, Ludwig van Beethoven is widely regarded as one of the world’s greatest classical composers. In his lifetime Beethoven crafted some 722 works, comprising string quartets, sonatas and symphonies. Yet like many artistic geniuses, Beethoven’s personal life was tumultuous and he himself developed a reputation as a difficult individual. An upbringing with an alcoholic and abusive father, who was determined for his son to become a musical prodigy, deeply affected the young man.

As the composer entered the final few decades of his life and faced increasing health issues and depression, he became involved in a bitter battle for the custody of his nephew – perhaps seeking a musical prodigy of his own. These events reveal an often overlooked side to the life of the renowned composer, particularly when remembering masterworks such as Für Elise. It’s a troubled and distressing side – the dark side of Beethoven.

Delve deeper into the dark side of Beethoven in All About History 117.

As Britain entered the 20th century, the list of things British women weren’t allowed to do was depressingly long: among other things, they couldn’t serve on juries, they couldn’t open bank accounts or apply for loans, they couldn’t take on certain professional roles like lawyer or accountant, and they weren’t allowed to vote. At the time, most single women had little to no social standing and married women had to surrender all of their property and earnings to their husbands upon saying, ‘I do’. Many people believed women had smaller brains than men and were therefore unprepared for the world of work and politics.

Countless activists campaigned to bring about change for the country’s female citizens, with varying degrees of success. One particular fight that frequently hit the headlines was that in favour of women’s suffrage – the right to vote in political elections – and a mixture of persistent parliament pressure and unusual demonstration techniques helped to bring about the victory. A key player in the campaign was Emmeline Pankhurst: activist, feminist and the original suffragette. Fueled by an unmatchable passion for voting equality, she dedicated much of her life to the cause and, almost a century after her death, is still remembered as one of Britain’s most influential women’s rights advocates.

Read more about the incredible life of Emmeline Pankhurst in All About History 117.