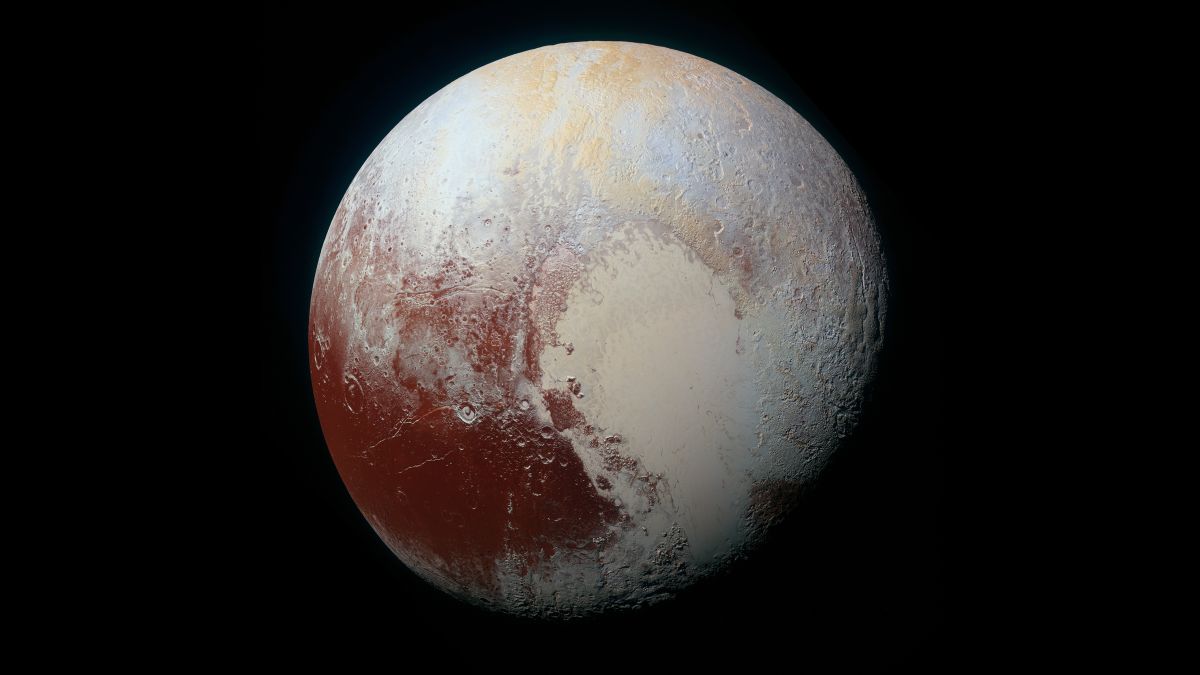 When Will Pluto Complete Its First Orbit Since Its Discovery?

Astronomers will have to wait a while to celebrate the first complete orbit of Pluto since its discovery.

Pluto was discovered on Feb. 18, 1930, using the Lowell Observatory in Flagstaff, Arizona. American astronomer Clyde Tombaugh found a moving object clearly beyond the orbit of Neptune. That object was later called Pluto, the ruler of the Greek underworld in that culture’s mythology.

There’s a long-running debate about whether Pluto is a planet or a dwarf planet. Concerning its orbit, however, astronomers don’t disagree that the world has yet to complete a single orbit since Tombaugh first spotted Pluto in imagery.

It takes Pluto 248.09 Earth years to complete one orbit around the sun. Plug that information into a timeanddate.com (opens in new tab) calculator along with its discovery date, and you’d find that Pluto will complete its first full orbit since its discovery on Monday, March 23, 2178.

But there is far more to this intriguing world’s orbit than the amount of time lapsed since its discovery, as astronomers told Live Science.

Related: Why do the planets in the solar system orbit on the same plane?

Pluto’s environment changes depending on how close or far it is from the sun. (Image credit: NASA) (opens in new tab)

The larger worlds of our solar system tend to orbit near the ecliptic, which is the plane of the solar system. Pluto, however, is quite inclined compared with Earth and many others at 17 degrees.

The world Eris exceeds that at 44 degrees, noted the Lowell Observatory’s Will Grundy, co-investigator on NASA’s New Horizons (opens in new tab) mission that encountered the Pluto system in 2015 and Arrokoth (opens in new tab) in January 2019. The craft is now moving into the Kuiper Belt.

“Inclinations of smaller planets tend to be higher, as a result of dynamical interactions between planets early in solar system history: Mercury‘s is seven degrees, Eris’ is seven degrees, Makemake’s is 29 degrees, and Haumea’s is [28.2] degrees,” Grundy said.

The same is true of small world eccentricity, which describes how far an orbit is from a true circle. While Earth’s orbit is almost circular, Pluto’s is elongated with an eccentricity of 0.25. By comparison, Mercury’s is 0.205, Eris’ is 0.44, Makemake’s is 0.16 and Haumea’s is 0.20.

The deviations present among these various worlds, he said, “are valuable clues to dramatic events that happened early in solar system history, calling for a complicated history of planetary migrations and close encounters and maybe even some planets being kicked out of the solar system entirely to become free-floating rogue planets.”

Such perturbations are still dynamic enough that complicated calculations are required to navigate a spacecraft through these orbits, he said.

New Horizons was about 3.7 million miles (6 million kilometers) from Pluto and Charon when it snapped this portrait late on July 8, 2015. (Image credit: NASA-JHUAPL-SWRI) (opens in new tab)

New Horizons principal investigator Alan Stern, of the Southwest Research Institute, noted there are four things to consider about Pluto’s orbit. The first two are its inclination and eccentricity.

The third is Pluto’s resonance with Neptune. This large gas giant is locked in a gravitational dance with Pluto that keeps both worlds in a consistent pattern of orbits with each other (which we also see at places like Saturn, which have a lot of moons in resonant orbits).

The fourth is what happens because of that resonance. Pluto comes closer to the sun than Neptune does for about 20 years of every orbit. “It is like clockwork,” Stern said, explaining that when this happens, Neptune is always on the opposite side of the sun. “The two can never collide, because they’re in this resonance.”

Grundy added a fifth element to the list of important features of Pluto’s orbit: Pluto and its largest moon, Charon, are relatively close in size; Charon is about half the mass of Pluto. He said that rather than thinking of Pluto as a world to itself, “think of that common center of mass” that Pluto and Charon share as they orbit the sun.

Simply put, Grundy said, “Pluto and Charon are really a double planet,” and that should be considered when mapping the orbit of the system.

Pluto is a resident of the region that astronomers call the Kuiper Belt, which is filled with icy worlds collectively known as Kuiper Belt Objects (KBOs). Stern noted that these objects are very different from one another, and there are at least four known types, so the best way to think about KBOs are as worlds occupying “the same zip code” in the outer reaches of the solar system.

As Pluto proceeds in its orbit, at times it is closer or farther from the sun and will react to the stronger or weaker sunlight. For example, Stern said, when the heating is stronger, Pluto will have a more massive atmosphere. “The increased sunlight is increased energy, and that energy sublimates more ice into gas, making for a thicker, more massive atmosphere,” he explained.

On the surface, changes also occur. “Ices are moving around from place to place, just like on the Earth,” Stern said. “With the seasons [on Earth], it snows in the winter, and if you took pictures of the Earth from another planet, you would see more bright zones than you would in the summertime on a given hemisphere. Then in the summer, you [see] the ice retreats. It’s the same thing on Pluto and on Mars and on other objects as well.”

New Horizons has enough power available to run for the next 20 years, and it is focusing on heliophysics (studying the sun) and astrophysics as it continues its mission, Stern said. Of course, the data from its Pluto encounter in 2015 continues to be available and analyzed for future science investigations, too.

As for Lowell, the observatory continues to celebrate its role in Pluto research with programs, exhibits of artifacts used in the discovery and tours of the telescope. The observatory also hosts an annual “I Heart Pluto Festival” to honor its historic connections to that distant world.