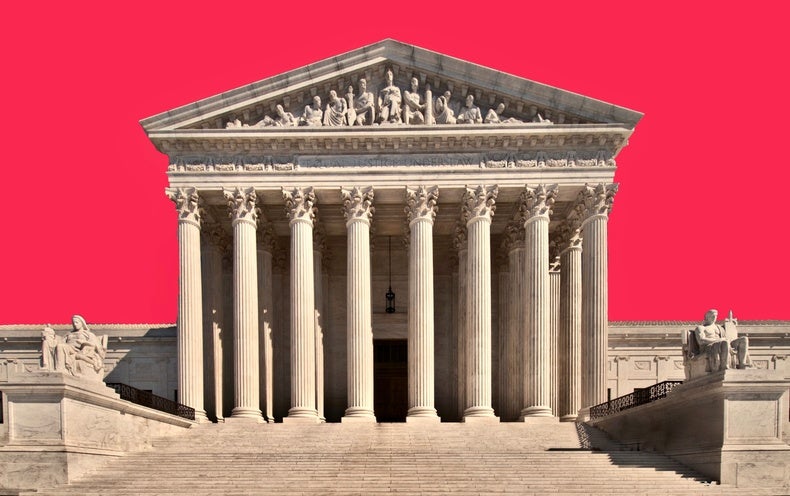 Abortion makes many people uncomfortable. I get it. When I was an ob-gyn resident, I recall telling my supervising physician that I would learn the skills to perform an abortion, but probably wouldn’t provide them after I graduated because doing so made me “a little uncomfortable.”

My supervising physician asked me in response, “Do you think women have a right to this procedure?” I thought, “Well … yeah, of course.”

With the leaked decision in Dobbs v. Jackson Women’s Health Organization, the Supreme Court has indicated its willingness to place a heavy brick on the scale of the statue of Lady Justice, who graces the Supreme Court building. The goal of law, as with medicine, should always be to find the balance between benefit and harm. The justices have landed squarely on the side of harm.

Balancing the scales will require a concerted and sustained effort. Most Americans fall in the “muddy middle” of the abortion debate and may be reluctant to wade into the fraught waters. Again, this hesitancy is understandable. Abortion is an uncomfortable topic for many people. However, people who have been passive on this issue can no longer be so. If this is you, it’s not too late. Let your lawmakers know where you stand on this issue. Have the difficult conversations with your family and friends about why you support bodily autonomy. Donate to organizations doing this work.

Here’s why: when I was a young doctor unsure of my willingness to provide abortions, my supervisor and I talked about how I perhaps have an ethical and moral obligation to do my part in assuring that the procedure is available. Because it’s not about me, or my comfort, or you, or anyone, except the person seeking care. So, almost 20 years later, in addition to prenatal care and deliveries of complex pregnancies, I now also provide abortions and teach new doctors how to do them.

I do this because people have a right to this procedure but also because this medical adage resonates with me: “May I never see in the patient anything but a fellow creature in pain.” This is not to imply that every abortion decision must be a painful one (although some are), but rather a reminder to put patient needs first.

I have this somewhat starry-eyed idea that if anti-abortion crusaders could spend a few days in my office, they would start to get it. While that daydream may seem naive, the fact is that many patients who identify as “pro-life” have sat in my office after unexpected news about their pregnancy and expressed to me that they have a new understanding of these nuanced issues. They can now see the harm in the laws they formerly supported.

I have written before about how providing medical care that both honors birth and upholds a person’s right not to carry a pregnancy is not a contradiction. The well-accepted medical ethical principles of beneficence, nonmaleficence, justice and autonomy compel me to provide full-spectrum reproductive care. If the leaked opinion on Dobbs stands, it will prevent me from providing the full suite of obstetrical care and upend 50 years of precedent that preserves the right to end a pregnancy. The case challenges the 2018 Mississippi Gestational Age Act, which prohibits abortions after 15 weeks with few exceptions. Petitioners also asked the Court to overturn precedent establishing a constitutional right to previability abortions, the end results of Roe v. Wade and Planned Parenthood of Southeastern Pennsylvania v. Casey. States will now be the main legislators of abortion and can force people to give birth against their will. More than 20 states already have abortion bans designed to quickly take effect if the court rules these laws constitutional, with the most restrictive banning abortion almost completely.

This is terrible news for anyone who values bodily autonomy, separation of church and state, and government interference into science and medicine. While we cannot eliminate individual values and morality from this debate, if we accept the premise that medicine is an applied science, it is worth examining the science behind why abortion restrictions are harmful.

Most people don’t realize that carrying a pregnancy to term is 14 times more dangerous than an early legal abortion. While we should work to reduce the maternal mortality rate, especially among women of color, the fact is that being pregnant (or being forced to seek an unsafe or illegal abortion) is always going to be riskier than a safely performed abortion.

Technology has continued to advance since the original abortion decisions in 1973 and 1992. New techniques in medical and surgical abortions continue to reduce the already low complication rate. Home pregnancy tests have become increasingly sensitive, allowing people to recognize a pregnancy without a physician visit. Diagnostic techniques in ultrasound and genetics have expanded exponentially, allowing detection of complications that would not have been known until after birth in 1973.

As we face an onslaught of anti-abortion state legislation, we should be prepared with an idea of how to best balance the scales to offer the greatest benefit for the least harm. It is my opinion, as a physician who has dedicated her career to helping pregnant individuals and babies have the best outcomes, that the best way to do this is to remove all restrictions on abortions. This is not an extreme position.

While some people might conclude it is appropriate to limit abortion after a certain point in pregnancy and to limit the reasons for terminating a pregnancy, pregnancy is one of the most complex biological processes—and thus the ways in which it can go awry are myriad and complex. Decisions that a person makes with their doctor require a nuanced consideration of individual values and circumstances, rather than a generalized approach that can be legislated; this was part of the argument in Roe v. Wade.

Even the concept of “viability,” upon which SCOTUS based previous decisions, is nebulous and dynamic as a consequence of the evolving nature of medicine. The likelihood that any fetus will survive outside the uterus as a neonate is an estimate based on many factors. Furthermore, as technology advances, prognoses will change. Viability is a poor legal standard. If Justice Samuel Alito did anything right in the leaked opinion it was to abandon viability as a benchmark.

Dogmatic laws presume a certainty that rarely exists in the realities of clinical medicine. They fail to account for the range of prognoses that characterize many conditions, as well as how the complexities of psychosocial circumstances, mental health and disparities in access to care affect a person’s health outcomes. Lawmakers cannot possibly legislate every circumstance or exception that must exist to prevent sometimes significant harm and/or suffering. Biology constantly surprises us.

After removing abortion restrictions, we should next dismantle other barriers to care. As others have described, it is not just laws that limit choice. It doesn’t help that abortion is legal if you can’t afford it, can’t get time off, don’t have transportation, or myriad other systemic constraints. The Hyde Amendment, which prohibits federally funded insurances like Medicaid from covering abortions, needs to sink without bubbles. The FDA’s unnecessary restrictions on mifepristone, a common and safe abortifacient, also have got to go. We should support and promote the many excellent organizations helping people access care and dismantle barriers. Finally, as reproductive choice is about choice, we need systems in place to support individuals who choose to stay pregnant and/or parent. None of the above require a Supreme Court decision. Many could, and should, be legislated by Congress or implemented by executive order.

In addition to her scale, Lady Justice holds a double-edged sword. She wears a blindfold. It appears our highest court will not wield this sword responsibly with regards to abortion, and the blindfolds some of the justices wear with regard to body autonomy need to come off. The work of preserving abortion rights belongs to everyone—not just people who can become pregnant. My patients deserve to make decisions about their bodies without ideological interference. So do you.