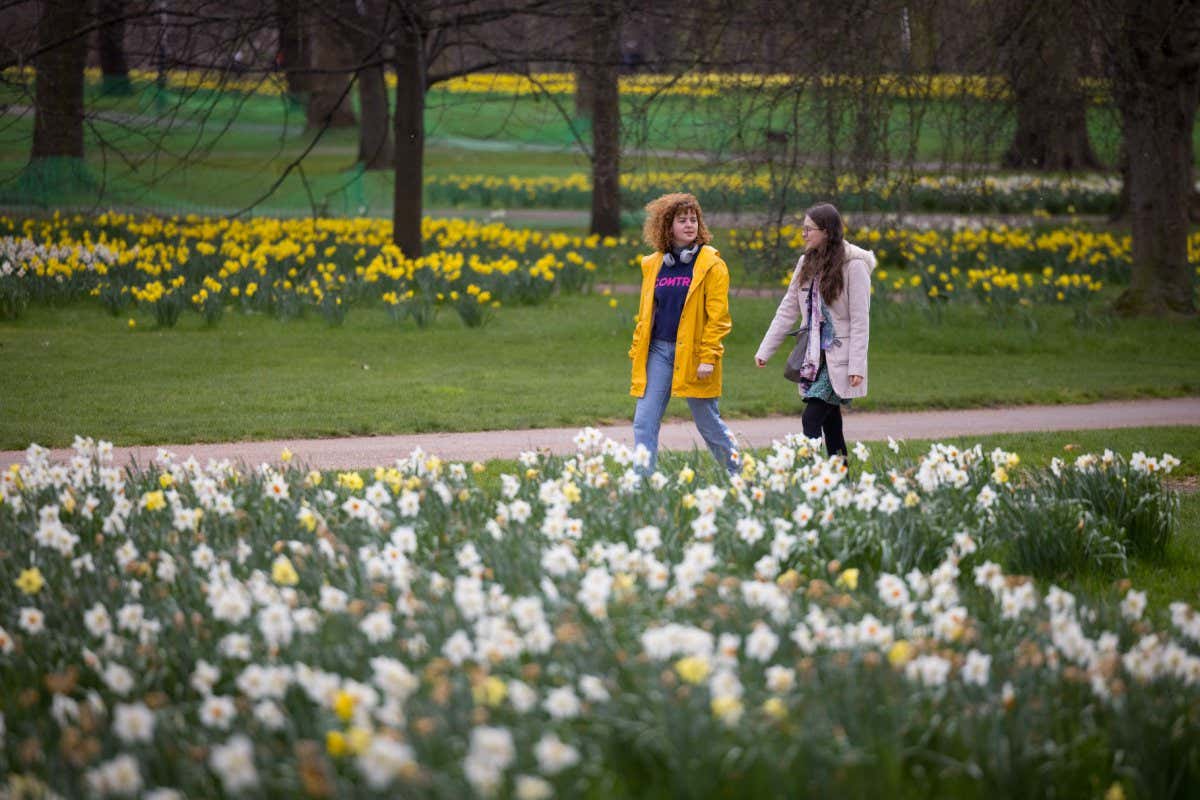 UK’s spring flowers are blooming a month early due to

The shift to early flowering in the UK is greater for smaller plants than trees and shrubs, and is related to warming temperatures in winter and spring over the past 70 years

People walk past daffodils in Green Park in London

Seen any unseasonably early daffodils showing their faces yet? UK spring flowers are opening nearly a month earlier than they did before the mid-1980s, due to climate change.

That is the conclusion of a study of nearly 420,000 observations of the first flowering date of 406 plants from a UK citizen science project called Nature’s Calendar.

It has records dating back to 1753 from gardeners and naturalists, as well as bodies such as the UK’s Royal Meteorological Society. “It’s probably the longest [such] record in the world, certainly the largest,” says Ulf Büntgen at the University of Cambridge.

He and his team found that plants were opening their flowers 26 days earlier on average in the years after 1986 than they did before. They picked that year as it was the midpoint in the data set – where they had about the same number of observations before and after – because there were many more recent records than earlier ones.

The analysis included records of all plants, whatever time of year they flower, but most of them bloomed in spring. “It is likely that the influence of climate change will be greater for spring-flowering plants, where the usual onset of warmer temperatures that would trigger flowering starts earlier,” says a spokesperson for the UK’s Royal Horticultural Society.

There was a bigger advance in the dates of the first blooms for smaller plants, with those less than 20 centimetres high flowering an average of 32 days earlier in the years after 1986 than they had historically.

In any year, flower opening times were closely correlated with the average temperature of the months from January to April. “If it’s warmer, it’s an earlier onset. If it’s cooler, it’s a later one,” says Büntgen. The average maximum temperature across those four months rose by 1.1°C, comparing the period from 1950 to 1986 with the years after 1986.

The shift could hurt insects, birds and other wildlife that have evolved to synchronise with the flowering of certain plants, says Büntgen. “One degree doesn’t sound like a lot. But this shows the response of an ecosystem; this translates into a month earlier flowering.”

Sign up for Wild Wild Life, a free monthly newsletter celebrating the diversity and science of animals, plants and Earth’s other weird and wonderful inhabitants