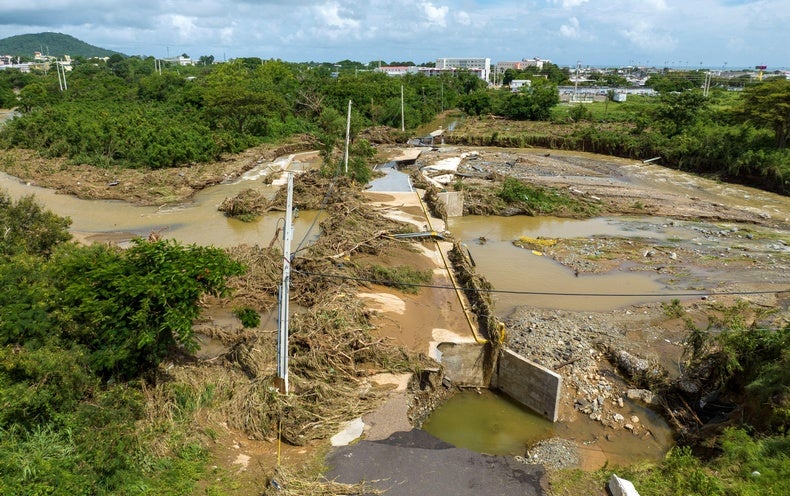 In the midst of an active hurricane season, Puerto Rico has suffered yet again. Thanks to Fiona, which crashed into the territory a few days before Ian hit Florida, we were without critical services like electricity, water, hospitals and fuel supplies. Fiona’s destruction was a sharp reminder of the life-threatening effects of Hurricane Maria, which caused $90 billion in damage five years ago. More than 30 people died because of Fiona and as we recover from yet another destructive hurricane, our leaders have ignored the planning and preparedness lessons made clear by Maria.

After Maria, the U.S. federal and Puerto Rico local governments promised an increased level of resilience by strengthening existing infrastructures following the usual central-planning approach and solutions. But Hurricane Fiona has been yet another reminder that our strategy to build resilience in Puerto Rico is wrong, and that the leaders who espouse it are making decisions based on a philosophy that centers on the wrong things. They are rebuilding 20th-century electric grids, and water, sanitation and other infrastructure as they were before Maria hit; this will not work. Private companies cannot be relied on to provide resilient infrastructures. Rethinking how we approach planning and preparedness will make the archipelago a more viable place that benefits Puerto Rican people without straining budgets.

Puerto Rico does not need to be a continuous site of unmitigated disaster and devastation, yet, as the climate crisis threatens more intense storms and hurricanes, it will be if government at all levels doesn’t start responding differently. As an engineer and an environmental lawyer, respectively, we have found that an organized response based on community and civil society solutions, or what’s called a distributed/local response, would have been a better choice. Based on our decades of working on environmental, social and energy justice projects, we have seen the effects of local engagement on building resilience in our communities. Thus, preparing for the next hurricane will require community participation and leadership. Had leaders at all levels planned with locals on disaster response, we believe the damage from Fiona would have been less severe.

A distributed/local response is being studied in Puerto Rico and so far, has shown promise as an effective and resilient alternative. For example residents and businesses in Puerto Rico are adopting rooftop solar and battery energy storage as a local resilience solution mostly through grants from nonprofit organizations and individual investments. The federal and local governments could have instituted such smaller-scale projects to bank electricity in the event of an outage. Instead, they continued supporting large-scale solar projects with little or no citizen participation.

The problems that plagued Puerto Rico after Fiona actually started before the hurricane ever made it to shore. The islands’ electricity is privately operated by Luma Energy, which did not properly maintain vegetation near power lines and failed in the maintenance of key grid components such as substations. There was inadequate government oversight to see if Luma was maintaining the system properly; the promises made by politicians that a privatized operation of the grid would be better than a public utility have not held up. When the winds of Fiona, not yet a hurricane, reached our shores, they were enough to cause a total outage resulting from damage from trees and other debris as well as failures in key power lines.

To put this into perspective, it took Luma longer to restore power to 90 percent of its clients in Puerto Rico than it took Florida Power & Light to restore power after Ian, a category 4 hurricane. Even with billions of dollars approved for energy resilience programs after Hurricane Maria, the electric infrastructure is still so weak that a tropical storm turned category 1 hurricane caused a total power outage.

The lack of electricity rippled outward. Many of the emergency generators deployed by the government’s water company before Hurricane Fiona did not work for unknown reasons. So, no power, and then no backup power meant no drinking water because water purification and treatment facilities rely on electricity to function. Furthermore, fuel distribution logistics did not change after Maria, thus a scarcity of diesel fuel ensued. Astonishingly, even hospitals had a hard time getting diesel for their emergency generators. Not surprisingly, the death toll rose, urgent medical care such as surgeries got canceled, food spoiled, the economy came to a halt and Puerto Rico quickly, again, became an unlivable place.

During and after Hurricane Fiona, households and businesses that were equipped with rooftop solar and battery energy storage systems were able to continue to function. In Puerto Rico, there is a lot of what social scientists call social acceptance—widespread support—for rooftop solar, but individuals and businesses cannot transform the entire electric grid without government support. The federal and territory governments should heed civil society calls to prioritize distributed renewable energy projects with disaster recovery funds. If we strive to serve communities, especially the most vulnerable, they should be the main actors in identifying, designing, implementing, evaluating and maintaining processes and distributed/local solutions to deal with resilience challenges.

The climate crisis’s resilience challenge does not have a single solution. There is no one discipline or approach that can grasp it all. Nevertheless, in Puerto Rico and other hurricane-prone regions, there is strong evidence that grassroots initiatives and community-based approaches are effective in building resilience. The roughly $10 billion in funding allocated for disaster recovery related to Hurricanes Maria and Fiona should go toward decentralizing critical services and implementing community-driven alternatives.