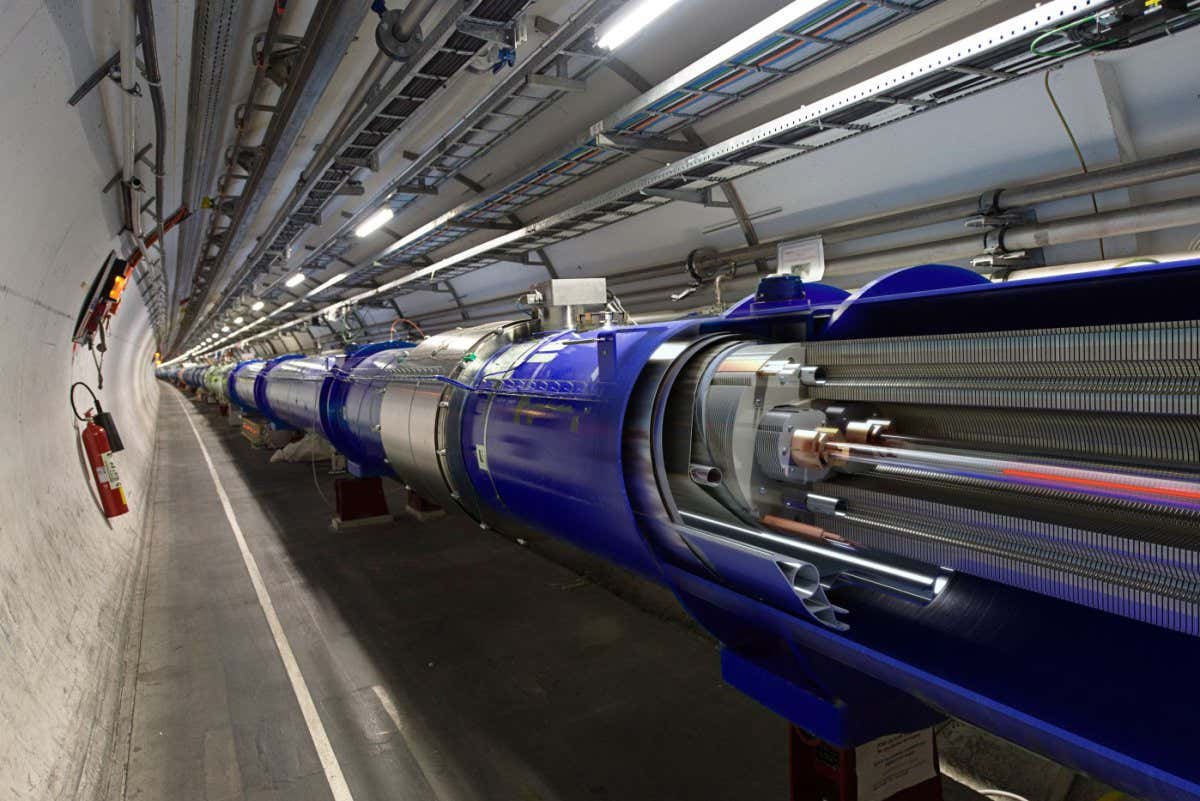 Researchers have used the strongest magnetic field ever measured to search for exotic particles called magnetic monopoles, but they came up empty

Accelerator beam pipes at the Large Hadron Collider at CERN near Geneva, Switzerland

The strongest magnetic field ever measured anywhere in the universe has failed to produce detectable magnetic monopoles. These hypothetical particles are predicted by many calculations of possible phenomena beyond the standard model of particle physics, but more than a century of searching still hasn’t turned up any signs of them.

All magnets that we know of have at least two poles – typically a north and south pole – with opposite magnetic charges. However, some models of the universe predict that there should be particles with only a north or a south pole called magnetic monopoles. For example, the existence of magnetic monopoles would explain why electric charge is quantised, meaning it comes in packets with a minimum size.

Over the past century or so, researchers have searched for magnetic monopoles both in space and in the smash-ups of particles at colliders, but they haven’t been found yet. Igor Ostrovskiy at the University of Alabama and his colleagues looked for monopoles being produced by a proposed phenomenon called the Schwinger effect, wherein extremely powerful magnetic fields could spontaneously produce magnetic particles and their antiparticles.

“Of the searches for magnetic monopoles at accelerators, we are definitely the most sensitive,” says Ostrovskiy. “The stronger the magnetic field, the more and the heavier monopoles we can theoretically produce.” Nevertheless, the researchers found no monopoles, placing the first strong limits on the mass of these particles: they cannot be less than 70 times the mass of a proton.

“I don’t think it’s time to give up yet,” says Ostrovskiy. He and his team have scheduled more experiments once the LHC turns back on this year after a three-year hiatus during which the collider was upgraded to reach even higher energy levels.