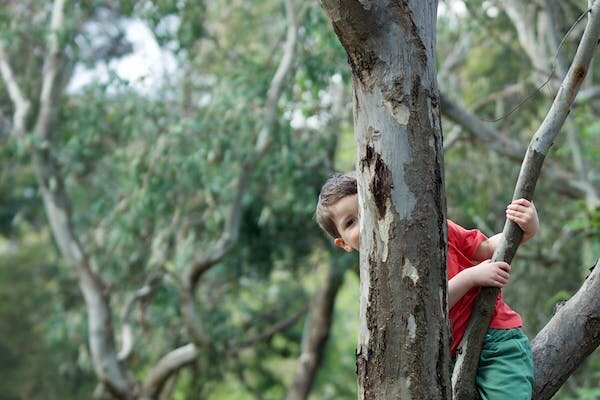 For citizen science to be truly inclusive it must engage all age groups, including children. Credit: Shutterstock

Citizen science is touted as a way for the general public to contribute to producing new knowledge. But citizen science volunteers don’t always represent a broad cross-section of society. Rather, they’re often white, male, middle-aged, educated and already interested in science.

This lack of representation has several problems. It can undermine the potential of citizen science to bridge the divide between lay people and experts. It also means fewer people benefit from the chance to advance their informal science education and gain valuable life skills.

It’s important that citizen science projects engage volunteers from across society, including young people. A new Australian initiative is doing just that.

It’s broadly acknowledged that Australia needs more hands on deck when it comes to scientific data collection. For example, only about 30% of Australia’s estimated 750,000 species have been formally named and documented. Rectifying this will require an enormous uptick in information gathering.

What’s more, Australia has one of the world’s worst extinction records. Citizen science is an important way to fill information gaps, identify species’ declines and their causes, inform conservation decisions and evaluate their effectiveness.

This year’s State of the Environment report recognized the need for more citizen science. It said the level of biodiversity research required “cannot be achieved by professionals and institutions alone”.

That’s where the B&B BioBlitz comes in.

What exactly is a BioBlitz?

The B&B BioBlitz is a national school citizen science program co-ordinated by PlantingSeeds Projects—a non-profit sustainability organization founded by the lead author of this article. The inaugural event ran in National Biodiversity Month in September this year. Both authors of this article were project organizers and educators.

The task of biodiversity monitoring is far too big for professional scientists to undertake alone. Credit: Shutterstock

Sixty schools from across every Australian state and territory participated. Participants comprised students from infants to high school, and their teachers.

Most schools are located in urban areas, which makes them particularly valuable sites for scientific research. Many threatened plant and animal species live in urban areas, yet, only 5% of citizen science projects in Australia are urban-based.

The project involved students taking images of plant and animal species in their school grounds on devices such as tablets and smartphones provided by the school. Students also recorded information such as the time, date and location of the photo.

A designated teacher uploaded the photos and data to the B&B BioBlitz project on iNaturalist, one of the world’s most popular biodiversity citizen science platforms and apps. At the time of writing, iNaturalist contained more than 121 million observations uploaded by citizens from around the world.

Throughout September, students made more than 2,300 observations in school grounds, involving 635 plant, animal and fungi species. Students could log onto iNaturalist to see a project “leaderboard”, browse the observations submitted and learn about species’ taxonomy and distribution.

A study has demonstrated young people can contribute observations to iNaturalist that are “research grade”—and therefore more accessible and potentially useful to biodiversity research and monitoring. And the longer they participate for, the better their observations become.

Observations of species during this project contributed to more comprehensive datasets that scientists can now draw upon. Of note were images of an uncommon “Balsam Beast” katydid and the iconic Sturt’s desert pea.

Almost all observations uploaded to iNaturalist are also directly exported to the CSIRO’s Atlas of Living Australia.

The pros and cons

Verbal and online feedback by students reveals how citizen science can be a practical and positive experience.

One North Melbourne primary school student said the activity made her feel “like being more a part of a community”.

A screenshot from iNaturalist, showing some of the 635 plant and animal species observed during the BioBlitz. Credit: iNaturalist

One student in Darwin said the activity was “the most fun he had ever had” and his teacher reported that while taking part, the student was “the most engaged he had seen”.

But the B&B BioBlitz was not without its challenges.

Many teachers, including science teachers, had limited knowledge of citizen science and often hadn’t heard of the term. This meant that teachers needed basic education on the topic prior to any school involvement in the BioBlitz.

Teachers are busy and face many pressing demands. However, if the benefits of citizen science are to be fully realized, there’s a need to broaden teacher awareness of the practice, and improve their skills in accessing databases such as iNaturalist.

So how can young people be helped to take a good citizen science observation? The following eight tips offer a guide:

Provided by The Conversation

This article is republished from The Conversation under a Creative Commons license. Read the original article.

Citation: Scientists need help to save nature. With a smartphone and these 8 tips, we can get our kids on the case (2022, November 22) retrieved 28 November 2022 from https://phys.org/news/2022-11-scientists-nature-smartphone-kids-case.html