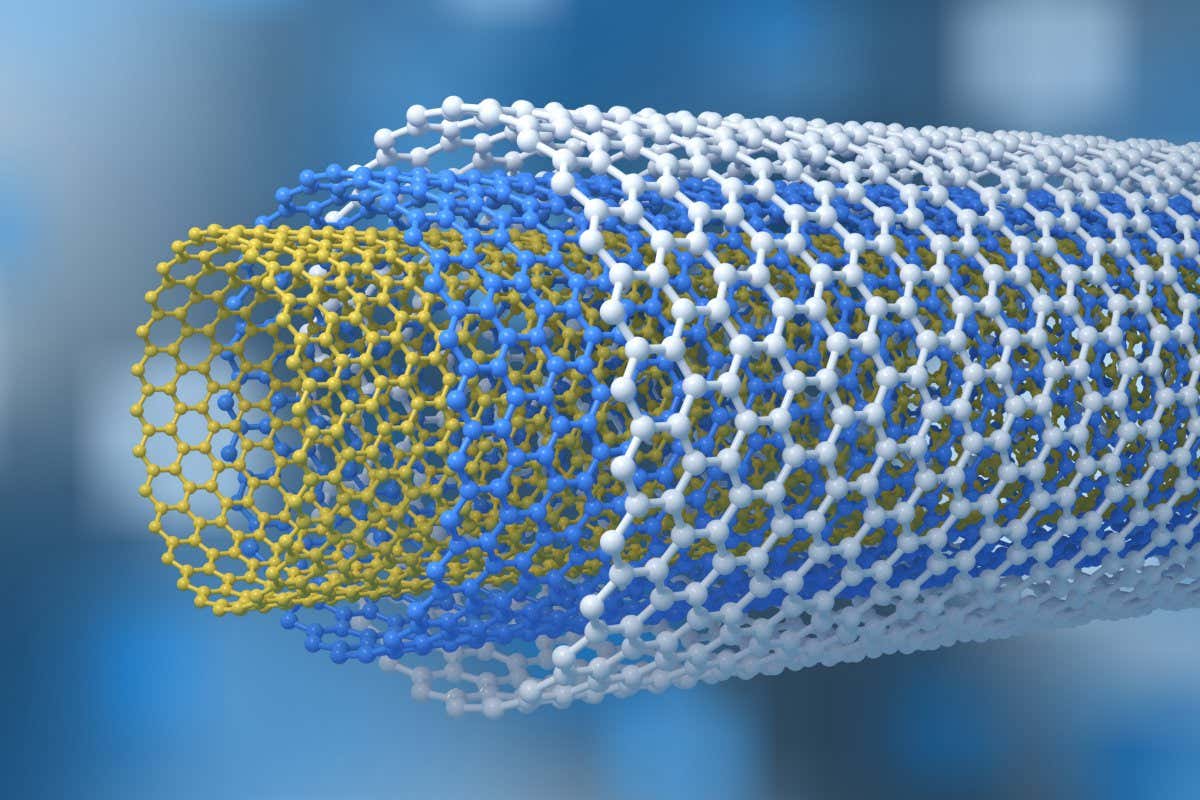 Water flows mysteriously well through narrow carbon nanotubes, but now there is an explanation: it may all be due to quantum friction

Water flows more easily through narrower carbon nanotubes than larger ones and we have struggled to explain why. Now, one team has an answer: it may all be due to quantum friction.

Friction in its standard, classical sense is well understood by most people. The greater the degree of contact between two things moving past one another, the greater the energy needed to overcome friction. A narrow pipe has a larger wall relative to its cross-sectional area than a wider pipe, so you would expect the frictional forces experienced by water inside the smaller pipe to be proportionally greater. This means the water should flow less easily.

But carbon nanotubes don’t obey this rule. These are made of thin layers of graphite rolled into tubes just a few nanometres wide – and the narrower the diameter, the easier it is for water to flow through them.

In addition, water flows with more ease through nanotubes with thinner walls – those made from fewer layers of graphite stacked on top of each other – regardless of nanotube diameter. Both phenomena have defied understanding, until now.

By combining quantum mechanics and fluid dynamics, Nikita Kavokine at the Flatiron Institute in New York and his colleagues propose quantum friction as the answer.

“Water is made of a bunch of water molecules that, at room temperature, all move in different directions and bump into each other,” says Kavokine. Due to the uneven distribution of water molecules at any given moment, water is electrically charged on a microscopic level. The freely moving electrons in carbon nanotubes then push and pull on these microscopic fluctuations in the water to create quantum friction, say the researchers.

The walls of carbon nanotubes typically comprise hundreds of graphite layers that have a precise alignment. According to Kavokine and his colleagues, however, the curving of the layers distorts the alignment, hindering the ability of electrons in the nanotubes to move freely. As a result, the narrower the nanotube – which corresponds to more highly curved graphite layers – the fewer the electrons there are to interact with the water and the smaller the quantum friction.

Similarly, for nanotubes with thicker walls, there are a greater number of electrons that can jump between layers to push and pull on the water, according to the team. This is why such nanotubes cause more quantum friction than thinner-walled ones.

Now that a possible mechanism for water-carbon interactions is more clearly understood, there is great potential to harness the properties of nanoscale flows, he says. For example, there are proposals to develop new computer designs based on nanoscale water and ion transport.