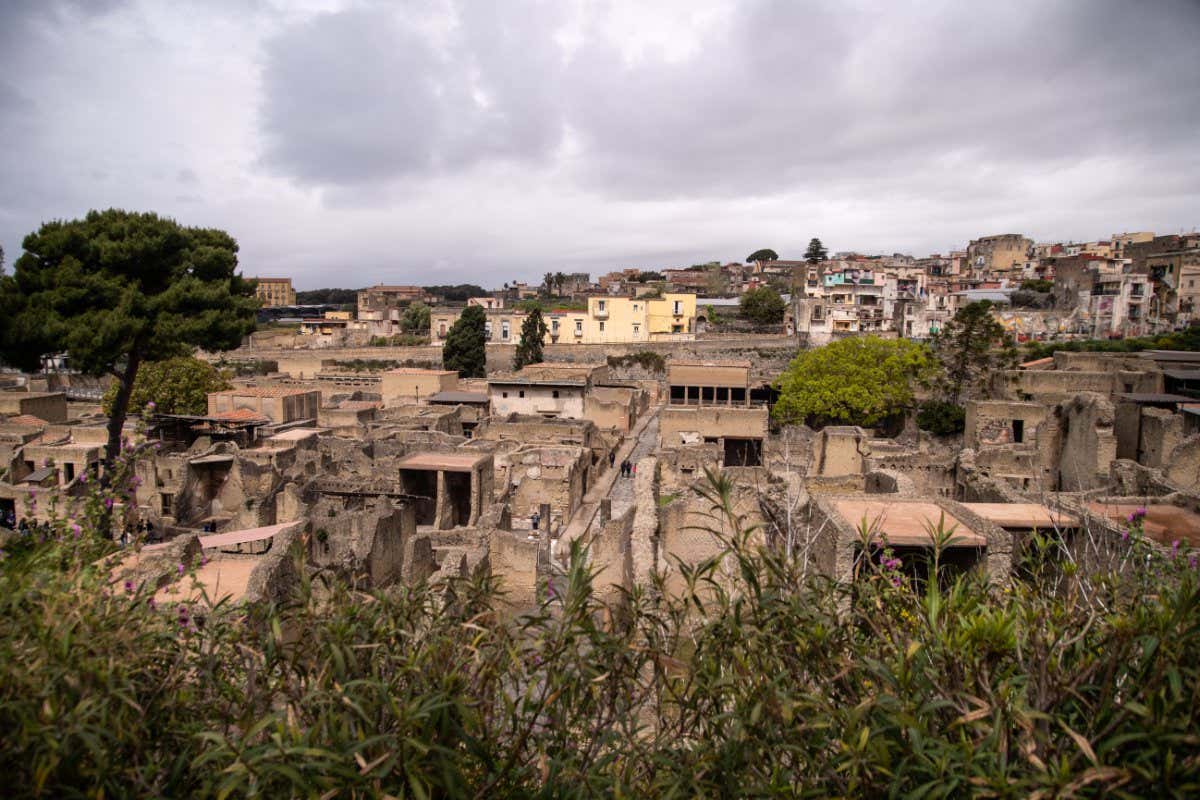 Proteins in human bones near Pompeii survived temperatures of 500°C

Many ancient Romans died when the towns of Pompeii and Herculaneum were buried by hot volcanic ash, but the high temperatures didn’t destroy proteins in their skeletons

The Archaeological Park of Herculaneum in Pompei, Italy

Baked human bones recovered from an ancient volcanic disaster still contain traces of their original proteins. The discovery could point the way to new forensic tools for analysing bodies recovered after fires or similar incidents.

In AD 79, the ancient Roman towns of Pompeii and Herculaneum in what is now Italy were entombed in hot ash when Mount Vesuvius, a nearby volcano, erupted.

Pier Paolo Petrone at the University of Naples Federico II, Italy, and his colleagues extracted small samples of bone from seven human skeletons recovered from Pompeii and five recovered from Herculaneum. They found that they could isolate traces of ancient protein from all of the samples.

“This is the first work aimed at the detection of [proteins] in people exposed to high temperatures,” says Petrone.

Surprisingly, he says, bones from Herculaneum contained a greater diversity of proteins than those from Pompeii, even though they endured higher temperatures.

This may be because the bones at the two sites have experienced a different fate since the disaster. The volcanic ash at Herculaneum is thought to have remained waterlogged for most of the last 2000 years, which might have limited the breakdown of proteins in the bones by microbes. Fluctuations in the local water table mean the ash at Pompeii periodically dried out, says Petrone, probably allowing for more microbial-driven decomposition.

The fact that proteins in human bone can survive high temperatures could inspire further investigation, the researchers say. For instance, it may lead to research exploring which of the 1000 or so proteins generally found in human bone degrade at particular temperatures.

This could allow forensic scientists to establish the typical “proteome” of bone exposed to various temperatures, says Petrone. Forensic investigators could use such a dataset to estimate the temperature of a fire based on the recovered human remains.

For now, though, Petrone says the work shows there are still new discoveries to be made among the “priceless heritage of archaeological treasures” at Herculaneum and Pompeii.

Sign up to Our Human Story, a free monthly newsletter on the revolution in archaeology and human evolution