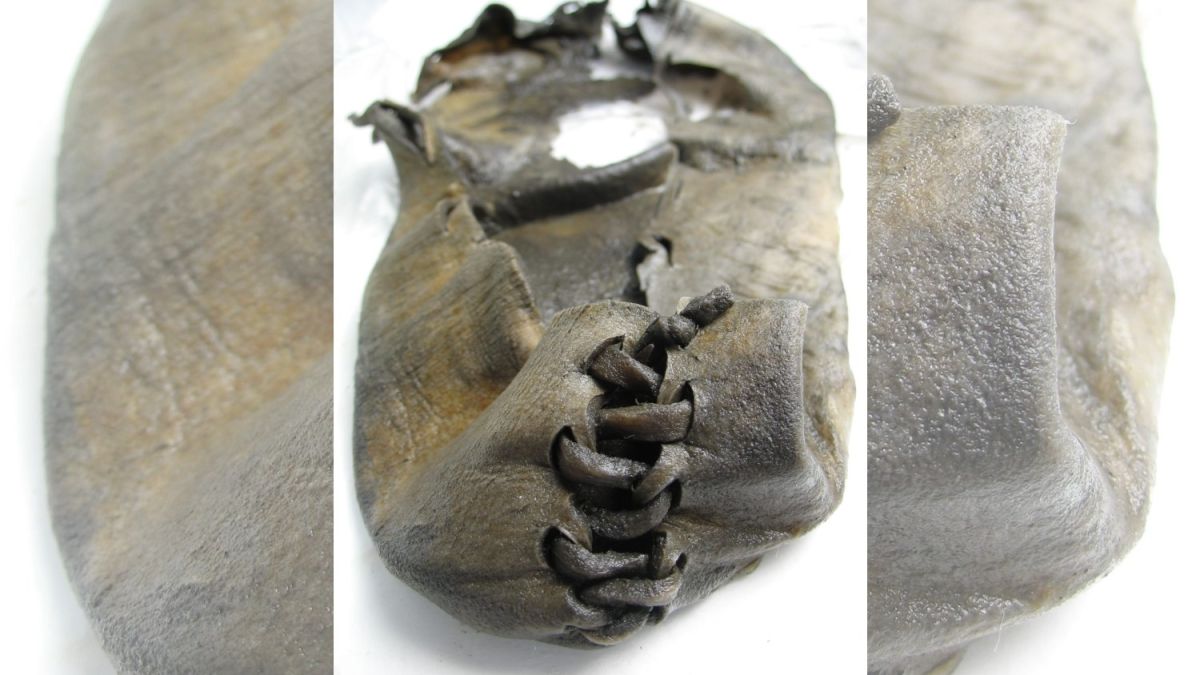 Oldest shoe in Norway, dating to 3,000 years ago, recovered

The oldest shoe in Norway — a 3,000-year-old bootie from the Bronze Age — is just one of thousands of ancient artifacts that were recovered from the country’s melting mountain ice patches in the past two decades, according to a new report from the Norwegian University of Science and Technology (NTNU).

Unlike objects trapped in acidic soil or beneath gargantuan glaciers, the artifacts recovered from Norwegian ice patches are often found in impeccable condition, showing minimal decomposition and deformation, even after thousands of years of frozen slumber. That’s because ice patches are relatively stable, unmoving and free from corrosive compounds. Perfectly intact weapons, clothing, textiles, and plant and animal remains have all emerged from the ice, helping to bring thousands of years of Norwegian history to light.

But now, the report authors said, climate change could bring that all to an end.

Within just a few decades, vast swaths of Norway’s ice patches have begun to melt, exposing undiscovered artifacts to the elements and almost certain deterioration, the authors wrote.

“A survey based on satellite images taken in 2020 shows that more than 40 percent of 10 selected ice patches with known finds have melted away,” report co-author Birgitte Skar, an archaeologist and associate professor at the NTNU University Museum, said in a statement. “These figures suggest a significant threat for preserving discoveries from the ice, not to mention the ice as a climate archive.”

Exceptionally well-preserved arrows from the Bronze Age have melted out of the Løpesfonna ice patch in Oppdal municipality in central Norway. They have intact lashing and projectiles made from shells. (Image credit: Åge Hojem, NTNU University Museum)

Ice patches form at high elevations, where snow and ice deposits accumulate and don’t completely melt in the summer. Unlike glaciers, ice patches don’t move, so objects deposited in ice patches can remain stable for hundreds or thousands of years. When the ice begins to melt, those objects return to the light of day, preserved just as they were when the ice swallowed them up. However, if scientists aren’t able to recover these objects soon after the melting begins, then they run the risk of losing the artifacts to the elements.

Ice patch archaeology has been a tremendous boon to researchers studying the ancient cultures, plants and animals in frosty, elevated regions around the world. In Norway, researchers have uncovered thousands of artifacts belonging to the Bronze Age hunting tribes who hunted reindeer across Northern Europe and southern Scandinavia. According to the new report, reindeer are drawn to the region’s mountainous ice patches in summer months to seek relief from biting insects and the heat. Where the reindeer went, hunters followed, leaving troves of artifacts behind.

The 3,000-year-old shoe, which was discovered in 2007 in the mountainous region of Jotunheimen in southern Norway, remains a standout find. The small leather shoe would be a size 4 or 5 in today’s U.S. sizes, suggesting it belonged either to a woman or a youth. The shoe was discovered alongside several arrows and a wooden spade, suggesting the site was an important hunting ground. Dated to approximately 1100 B.C., the shoe is not only the oldest shoe in Norway, but possibly the oldest article of clothing discovered in Scandinavia, according to the researchers who discovered it.

Further surveys of the Jotunheimen site revealed even older artifacts, including a 6,100-year-old arrow shaft — the single oldest object discovered in a Norwegian ice patch, according to the researchers. Its presence near the shoe, suggests that the site was continuously used by humans over many millennia.

Despite these remarkable finds, the report authors worry that countless other cultural artifacts could disappear before they are recovered, thanks to the effects of climate change. A 2022 report from the Norwegian Water Resources and Energy Directorate estimates that 140 square miles (364 square kilometers) of ice patches — an area roughly half the size of New York City — have melted since 2006. If artifacts are not recovered from these patches soon after they are exposed, they risk being lost, damaged or destroyed forever.

“We used to think of the ice as desolate and lifeless and therefore not very important. That’s changing now, but it’s urgent,” report co-author Jørgen Rosvold, a biologist and assistant research director at the Norwegian Institute for Nature Research, said in the statement. “Large amounts of unique material are melting out and disappearing forever.”