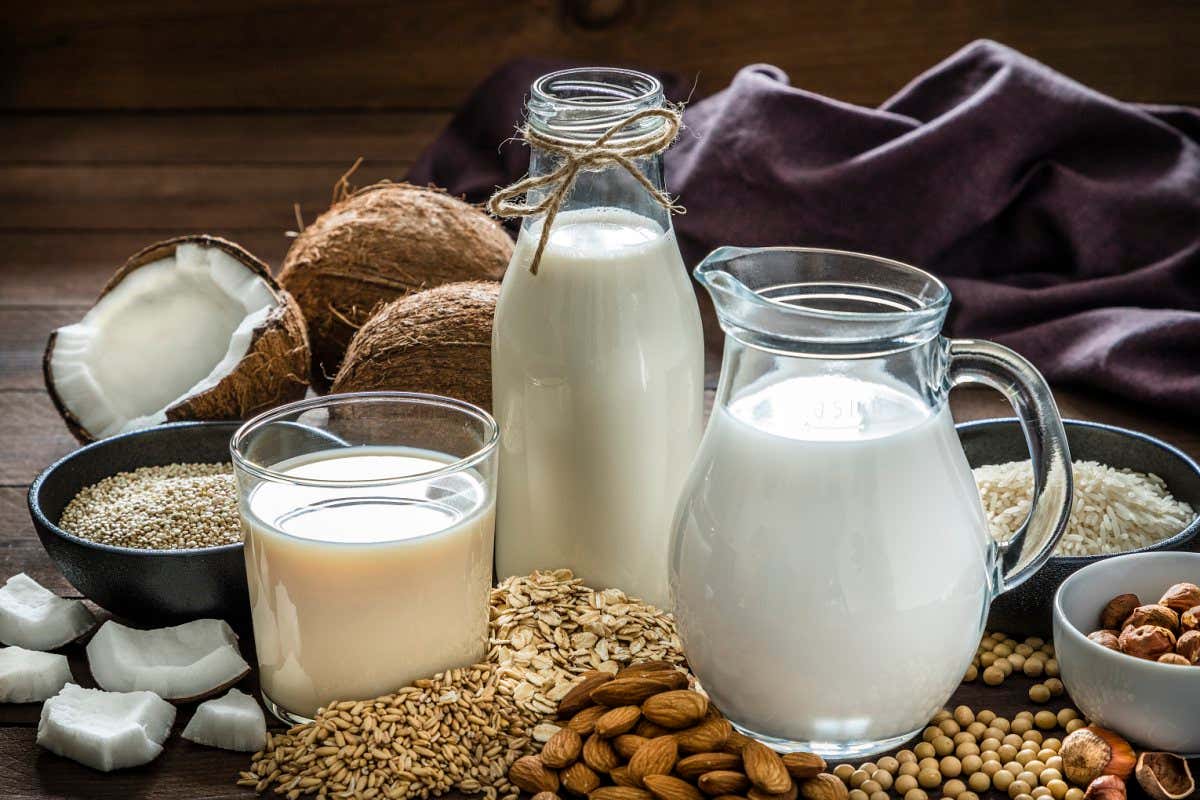 Most plant milks are lower in key micronutrients than cow’s

Cow’s milk is an important source of phosphorus, magnesium, zinc and selenium, but tests show these nutrients are lacking in most plant milks except pea milk

A wide range of vegan milk alternatives are available

Most plant-based “milks” have lower amounts of four key micronutrients – phosphorus, magnesium, zinc and selenium – than cow’s milk. The exception is milk substitutes made from pea protein, which has broadly similar levels to cow’s milk.

The findings come from the first large study to compare levels of these four minerals in eight different plant-based milk substitutes, carried out by the US Food and Drug Administration (FDA).

Alternative milks – which are generally made by grinding up produce such as almonds, oats or rice, soaking it in water and adding emulsifiers and stabilisers – have been growing in popularity in recent years, both among vegans, who eat no animal products, and others who avoid dairy for ethical or environmental reasons.

Plant milks are often naturally lower in calcium and iodine, but may be fortified with these nutrients, and producers in the US are required to state their concentration on packaging. But levels of some other minerals, including magnesium, phosphorus, zinc and selenium, aren’t required to be on the label and yet milk and other dairy products are usually a major source of them in the US diet, says Benjamin Redan of the FDA.

Redan’s team analysed levels of the four minerals in 85 samples of plant milks, made from almond, cashew, coconut, hemp, oat, pea, rice and soya. They found that while pea milk was similar to cow’s milk in terms of these nutrients, other products had lower levels of most of the minerals.

Almond milk, for instance, has about one-ninth the phosphorus concentration of cow’s milk. Phosphorus is needed for growth and tissue repair, as well as helping the body use substances such as vitamin D and iodine. Oat milk has about the same levels as cow’s milk.

All the products apart from pea milk had much lower levels of selenium than cow’s milk. Selenium is needed for a healthy immune system.

“Those who consume plant-based milk alternatives lower in these target minerals should seek to obtain these nutrients through other foods or beverages,” says Redan.

“All of those nutrients can be obtained from other sources, such as nuts, seeds and lentils,” says Clare Thornton-Wood, a spokesperson for the British Dietetic Association.

Chantal Tomlinson at the UK’s Vegan Society says people eating a plant-based diet would get enough of the minerals in question if they eat a balanced diet containing a variety of whole-plant foods, fortified foods and supplements. “It is not necessary for plant alternatives to cow’s milk to supply equivalent amounts of all nutrients,” she says.

The findings were presented today at the American Chemical Society Fall meeting in Chicago.