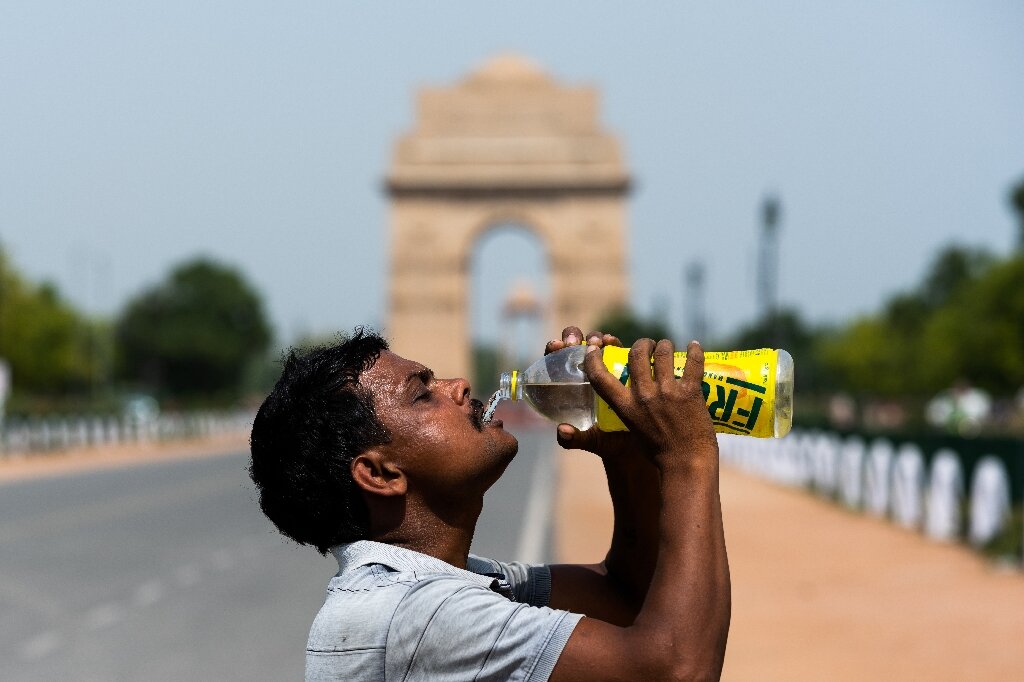 Extreme heat across much of India and neighbouring Pakistan in March and April exposed more than a billion people to scorching temperatures well above 40 Celsius (104 Fahrenheit).

The devastating heatwave that gripped India and Pakistan over the last two months is unprecedented, but worse—perhaps far worse—is on the horizon as climate change continues apace, top climate scientists told AFP.

Even without additional global warming South Asia is, statistically speaking, ripe for a “big one” in the same way that California is said to be overdue for a major earthquake, according to research published this week.

Extreme heat across much of India and neighbouring Pakistan in March and April exposed more than a billion people to scorching temperatures well above 40 Celsius (104 Fahrenheit). The hottest part of the year is yet to come.

The number of excess deaths, especially among the elderly poor, will only become apparent in hindsight.

Heatwave mortality in India has increased by more than 60 percent since 1980, according to the country’s Ministry of Earth Sciences.

Air quality has deteriorated, and large swathes of land are at risk of extreme fire danger.

Power blackouts last week as electricity demand hit record levels served as a warning of what might happen if temperatures were to climb even higher.

For climate scientists, none of this came as a surprise.

“What I find unexpected is most people being shocked, given how long we have been warned about such disasters coming,” Camilo Mora, a professor at the University of Hawaii, told AFP.

“This region of the world, and most other tropical areas, are among the most vulnerable to heatwaves.”

In a benchmark 2017 study, Mora calculated that nearly half the global population will be exposed to “deadly heat” 20 days or more each year by 2100, even if global warming is capped under two degrees Celsius, the cornerstone target of the Paris Agreement.

To what extent is climate change to blame for the scorched Earth temperatures just now easing up in India and Pakistan?

Scientists at Imperial College London’s Grantham Institute led by Friederike Otto, a pioneer in the field of attribution science, are crunching the numbers.

“How much more likely and intense this particular heatwave has become is something we’re still working on,” she told AFP.

“But there is no doubt that climate change is a huge game changer when it comes to extreme heat,” she added. “What we see right now will be normal, if not cool, in a 2C to 3C world.”

Earth’s surface, on average, is 1.1C above preindustrial levels. National carbon cutting pledges under the Paris Agreement, if fulfilled, would still see the world warm 2.8 degrees.

In India and Pakistan, “more intense heat waves of longer durations and occurring at a higher frequency are projected,” the Intergovernmental Panel on Climate Change (IPCC) said in a recent landmark report.

“Before human activities increased global temperatures, we would have seen the heat that hit India around once in 50 years,” said Marian Zachariah, a researcher at Imperial College London.

“But now we can expect such high temperatures about once ever four years.”

World map of temperature anomalies in April show the month-long heatwave in India and Pakistan.

But things may get worse even sooner, according to a new study in Science Advances.

A team led by Vikki Thompson of Bristol University ranked the world’s most severe heatwaves since 1960. Their benchmark, however, was not maximum temperatures, but how hot it got compared to what would be expected for the region.

Surprisingly, South Asia was nowhere near the top of the list.

“When defined in terms of deviation from the local norm, heatwaves in India and Pakistan to date have not been all that extreme,” Thompson explained in a commentary.

By that measure, the worst scorcher on record over the last six decades was in Southeast Asia in 1998.

“An equivalent outlier heatwave in India today would mean temperatures over 50C across large swathes of the country,” Thompson said.

“Statistically, a record-breaking heatwave is likely to occur in India at some point.”

What makes extreme heat deadly is high temperatures combined with humidity, a steam-bath mix with its own yardstick: wet-bulb temperature (WB).

When the body overheats, the heart ups the tempo and sends blood to the skin where sweating cools it down. But above a threshold of heat-plus-humidity this natural cooling system shuts down.

“Think of it as a sunburn but inside your body,” said Mora.

“The rise in heatwaves, floods, cyclones and droughts that we have seen in this region so far are in response to just one degree Celsius,” Roxy Mathew Koll, a climate scientist at Indian Institute of Tropical Meteorology, told AFP.

“It is difficult for me to even imagine the impacts when the increase in global temperatures are doubled.”

Citation: India, Pakistan must brace for even worse heatwaves (2022, May 6) retrieved 15 May 2022 from https://phys.org/news/2022-05-india-pakistan-brace-worse-heatwaves.html

8 Pairs of Pearl Shoes to Instantly Upgrade Your Outfit

Take Action Against Climate Change With These Tools and Resources