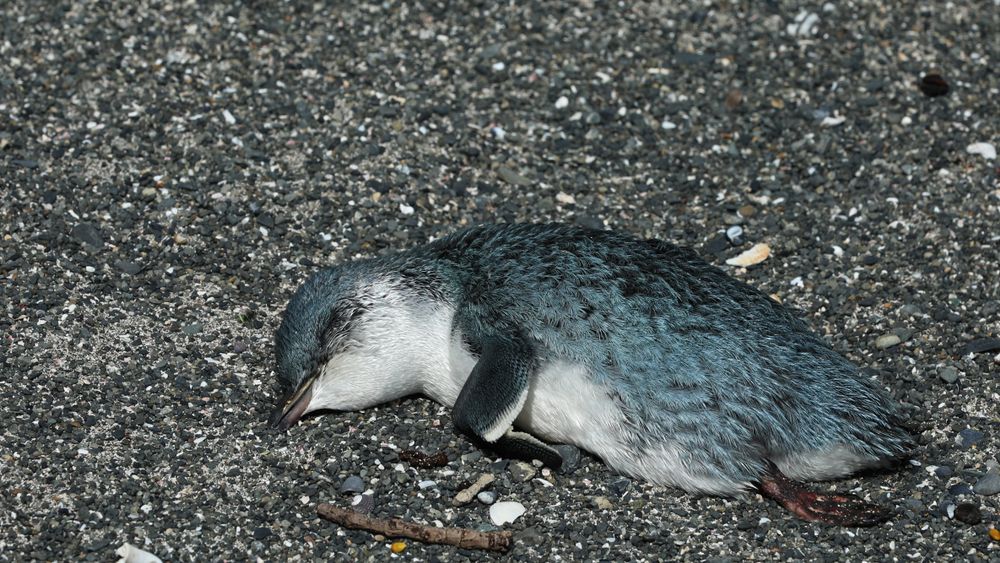 More than 500 of the world’s smallest penguins have mysteriously washed up dead on beaches across New Zealand over the past couple of months. Experts aren’t exactly sure what has been killing off such a large number of the adorable seabirds, but they suspect that climate change may have played a role.

Aggregations of deceased little penguins (Eudyptula minor), known locally as kororā, have been washing up on beaches in the country’s North Island since early May, according to The Guardian (opens in new tab). The largest cluster was a group of 183 dead birds that washed up last week on Ninety Mile Beach near Kaitaia; another 109 penguins were found on that same beach in early May. An additional group of around 100 dead penguins also washed up last week on Cable Bay near Nelson, although the exact number is unclear. New Zealand’s Department of Conservation (DOC) has now revealed that multiple other die-offs have been reported on beaches across North Island, ranging from a couple to dozens of bodies, The Guardian reported.

It was not immediately clear what killed the penguins, but experts have noted that most of the dead seabirds were significantly underweight. Little penguins should weigh between 1.8 and 2.2 pounds (0.8 to 1 kilogram), but some of the bodies weighed less than half that much.

“There was just no body fat on them; there was hardly any muscle to show,” Graeme Taylor, a DOC seabird scientist, told The Guardian. “When they get to that stage of emaciation, they can’t dive,” which eventually causes them to starve or die of hypothermia because they lack a protective layer of blubber, he added.

Related: Dozens of endangered penguins killed after being stung in the eyes by swarming honeybees

The malnourishment of the dead penguins shows that they have not been eating enough fish, their preferred food, which could be a sign of overfishing by humans. But Taylor suspects that rising ocean surface temperatures caused by climate change and a prolonged cyclical event known as La Niña have forced the fish into deeper, cooler waters, where the birds can no longer reach them.

“This little species [of penguin] can dive down to 20 or 30 metres [66 to 98 feet] routinely, but it’s not that good at diving a lot deeper than that,” Taylor said. (Ironically, little penguins’ genus, Eudyptula, means “good little diver” in Latin.)

A group of little penguins at a wildlife park in Australia. (Image credit: Shutterstock) (opens in new tab)

This hypothesis could explain why little penguins from New Zealand’s South Island have remained unaffected, because the waters there have remained much cooler near the surface than waters farther north.

The New Zealand government lists little penguins as “at-risk declining,” which is below “threatened” and “extinction” on the country’s endangered species list. There are fewer than 500,000 breeding adults in the wild, according to Bird Life International (opens in new tab). Other threats to the species include dogs, cats and other invasive animals, which kill the birds or eat their eggs. In 2021, Tasmania’s entire little penguin population, which contained 3,000 breeding pairs, was wiped out by Tasmanian devils, which were introduced to the island by conservationists.

This is not the first time little penguins have died in large numbers in New Zealand. Die-offs of dozens, or even hundreds, of little penguins have occurred about once every decade, on average, due to either feeding difficulties or extreme storms. However, this is the third time a die-off has happened in the past 10 years, which is worrying, Taylor said.

“As you start seeing it happen regularly like this, then there’s really not much chance for the birds to recover between the events and rebuild the numbers again,” Taylor said.

Unfortunately, New Zealanders can likely expect to see more dead penguins washing up on their shorelines.

“This event is probably not over and will continue through the winter,” Ian Armitage, a council member for the nonprofit Birds New Zealand, the ornithological society of New Zealand, who has helped document the penguin deaths, told The Guardian. This means people are likely to find many more dead penguins, he added.