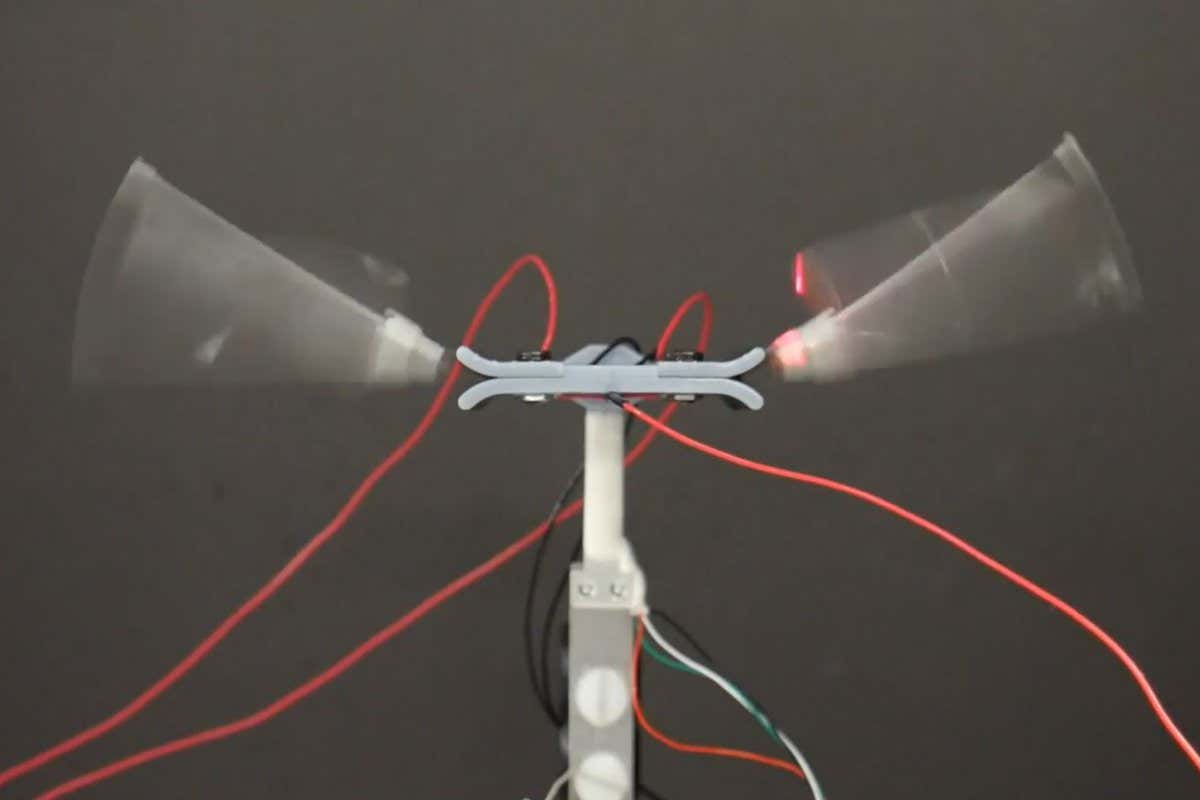 A small robot with wings like an insect can fly and generate more power than a similarly sized animal in nature.

Most flying robots, whether they use wings or propellers, have motors and gears and transmission systems to connect the components, but these can weigh the robot down and fail.

Now, Tim Helps at the University of Bristol, UK, and his colleagues have designed a small robot that uses an electric field – and a droplet of oil that increases the strength of the field – to flap the wings directly, avoiding the need for a motor or a transmission system. Helps and his team tested the mechanism for a million wing flaps and found it had a steady power output that was slightly better than that of an insect muscle of the same weight.

“I’m always very excited when we can achieve a better-than-nature power density,” says Helps. “It’s a rare thing because nature does an amazing job.”

This close connectivity between the source of movement – technically called the actuator – and the wing itself is also seen in nature. “If you look at some insects, like a bee for example, and you slice down the middle and look at the wings and the muscles, they’re almost directly connected,” says team member Jonathan Rossiter, also at the University of Bristol.

The winged robot lacks on-board electronics or controls and flew while attached to a nylon string, so was largely a proof of concept. For use in real-world situations, miniature electronics would need to be incorporated without adding too much weight, so that the robot could generate enough power to take off.

But the wing mechanism could still be a useful component of future flying microrobots, says Raphael Zufferey at the Swiss Federal Institute of Technology in Lausanne. “It’s one of those core building blocks that you need in any flying vehicle. Any kind of technology… that allows us to build new types of flying robots is going to be something that has a strong impact.”