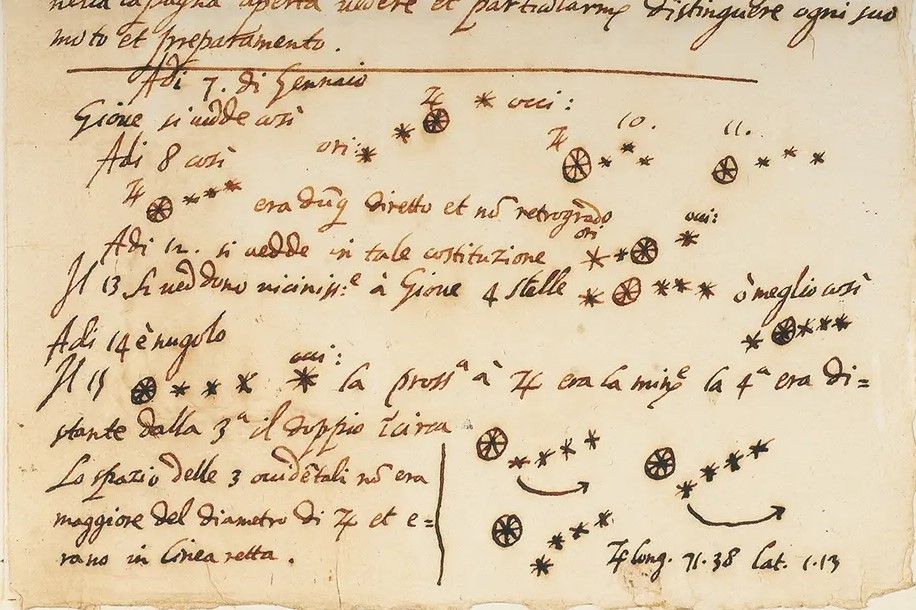 Document supposedly written by Galileo is a fake

A handwritten document thought to have been penned by Galileo Galilei is actually a forgery, the University of Michigan has announced.

The single piece of paper was a jewel of the collection of the University of Michigan Library, according to a statement from the library. But an internal investigation by a professor of history has found that it’s a fake: Watermarks in the paper date back to no earlier than the 18th century, over a hundred years after the death of the famed astronomer.

“It was pretty gut-wrenching when we first learned our Galileo was not actually a Galileo,” Donna L. Hayward, the interim dean of Michigan’s libraries, told the New York Times last week.

The university has had the manuscript since 1938, when it was donated by the trustees of Tracy McGregor, a Detroit businessman who had acquired the document at the auction of another collector in 1934. The 1934 auction catalog claimed that Cardinal Pietro Maffi (1858-1931), the Archbishop of Pisa, had authenticated the manuscript by comparing it with other Galileo letters in his collection, according to the University of Michigan Library.

The top of the manuscript is a draft of a letter that Galileo wrote before a presentation about a new telescope to the Doge of Venice in 1609. The famed astronomer really did write a version of this letter — a final draft is in the State Archive in Venezia, Italy. The lower half of the document is a set of notes on the moons of Jupiter, also based on real notes Galileo took. The final draft of those notes is also found in Italy, at the Florence National Central Library.

Related reading: Why physicists are determined to prove Galileo and Einstein wrong

But when Nick Wilding, a historian at Georgia State University, saw an image of the document, he suspected something was off. The ink, the handwriting, and some of the word choices seemed odd for a 17th-century document, he told the New York Times. Wilding emailed University of Michigan Library curator Pablo Alvarez in May 2022 with his concerns, and the University of Michigan launched an internal investigation. Three months later, the university announced that Wilding was right. The document was not penned by Galileo, but instead most likely by Tobia Nicotra, a prolific Italian forger who operated in the 1920s and 1930s.

Clinching the finding was the watermark in the paper. Old paper often contains watermarks identifying the paper’s maker and the place of production, according to the University of Michigan Library. The watermark on the Galileo paper reads “AS,” the paper maker’s initials, and “BMO,” short for Bergamo, Italy. The earliest known papers with the BMO monogram date to 1770, meaning the document cannot be older than that.

What’s more, the university could find no evidence that the Galileo document existed before the 1930s. Even worse, the two documents that Maffi claimed to have compared the manuscript to in order to authenticate it turned out to be Nicotra forgeries. According to a university statement, Wilding also discovered a similar Nicotra Galileo forgery (a letter supposedly from 1607) in the collections of The Morgan Library in New York City.

The University of Michigan Library is now reconsidering how to present the Galileo document. It’s possible that the hoax itself could become a lesson.

“In the future,” according to the library statement, “it may come to serve the research, learning, and teaching interests in the arena of fakes, forgeries, and hoaxes, a timeless discipline that’s never been more relevant.”