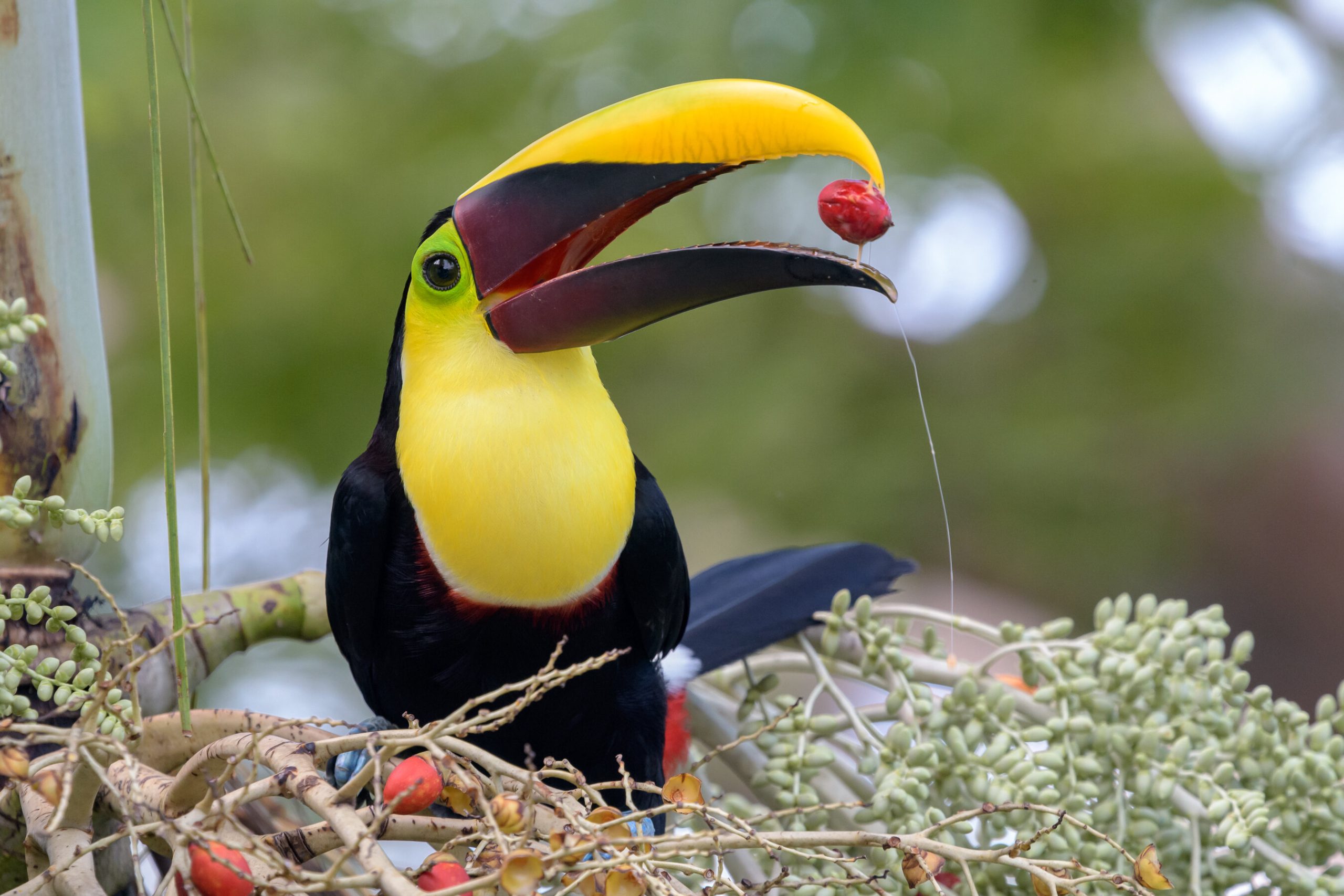 A new study helps reveal why tropical mountain birds occupy such narrow elevation ranges, a mystery that has puzzled scientists for centuries. While many assumed temperature was responsible for these limited distributions, the latest research suggests competition from other species plays a bigger role in shaping bird ranges.

The study, conducted by researchers at the University of British Columbia and the Cornell Lab of Ornithology, incorporated 4.4 million citizen science observations of 2,879 bird species around the world. The findings were published in Science on July 21.

“You have this incredible biodiversity in mountain ranges, especially in the tropics. From one vista point in the Andes, you can see a mountain slope that’s home to as many species as there are in the entirety of North America,” said lead author Benjamin Freeman, a postdoctoral fellow at the University of British Columbia. “We wanted to know, how does that work?”

Freeman and his collaborators obtained the range data by analyzing records from eBird, a citizen science project run by the Cornell Lab that contains sightings from hundreds of thousands of birdwatchers worldwide. This enabled them to examine the ranges of over a quarter of the world’s bird species scattered over five continents—a scale unimaginable to past researchers.

A view of the western Andes Mountains from Ecuador. Credit: Eliot Miller.

“Aside from eBird, you just have really coarse range maps, especially on a global scale,” said co-author Eliot Miller at the Cornell Lab. “The eBird database is uniquely broad in both space and time, giving us more insight into bird distribution around the world than we have for any other organisms.”

The researchers looked for connections between elevational range size and two factors: temperature stability throughout the year, and range overlap with other species. If range size was correlated with a consistent climate, this would indicate that birds are limited by their own biology—they have become so accustomed to a particular temperature that they cannot survive elsewhere. If birds occupied smaller ranges where they overlapped many other species, then increased competition for resources may be restricting them.

The results demonstrated that a consistent climate did not predict a smaller range size. However, there was strong evidence showing that when there was more overlap among a greater number of species’ ranges, the ranges were smaller.

Despite his suspicion that competition was a key factor, Freeman says he was still caught off guard by the clarity of the results.

“I had noticed some patterns that suggested competition might be important to bird distribution, but I was still surprised to find such a strong signal in this study,” he said.

In many cases, closely related species also restricted one another’s distributions. For example, the Ornate Hawk-Eagle, a massive raptor of tropical forests, occupied a larger span of elevations in areas where it did not coincide with the similar Black-and-chestnut Eagle. When the two inhabited the same mountain range, they avoided one another, with the Ornate Hawk-Eagle passing up elevations it would normally favor elsewhere in its range.

While this study sheds light on one aspect of mountain species‘ ranges, the authors suggest there is still much more to learn. Many details remain unknown about how other aspects of a bird’s ecosystem impact its distribution.