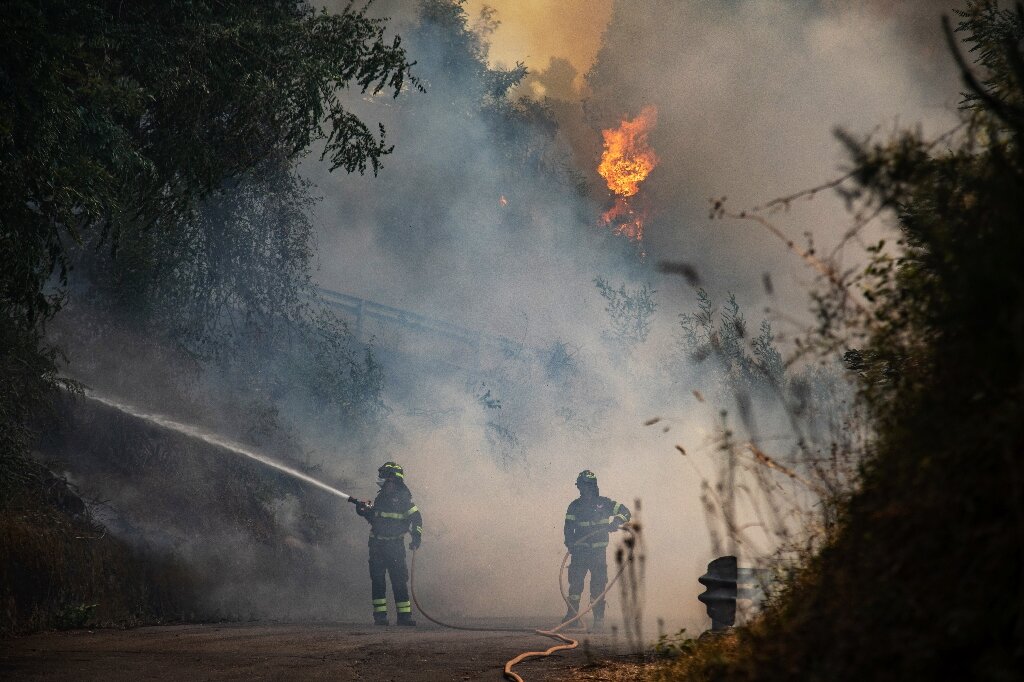 Fires in parts of France, Spain and Portugal have already burned more land so far this year than in all of 2021.

The fires that have torched through Europe are on course to make 2022 a record year for forest loss on the continent, as scientists warn climate change is already contributing to ever fiercer blazes.

Fires in parts of France, Spain and Portugal have already burned more land so far this year than in all of 2021—some 517,881 hectares (5,000 km2), or the equivalent area of Trinidad and Tobago.

“The situation is much worse than expected, even if we were expecting temperature anomalies with our long-term forecasts,” Jesus San Miguel, coordinator of the European Union’s EFFIS satellite monitoring service, told AFP.

San Miguel said there could be worse to come, adding that the hallmarks of global heating were all over this year’s fire season.

“Ignition is caused by people (but) the heatwave is critical, and clearly linked to climate change,” he said.

“The fire season used to be concentrated from July to September. Now we are getting longer seasons and very intense fire. We expect climate change to create higher fire conditions in Europe.”

Temperatures have warmed just over 1.1 degrees Celsius since the industrial era, and the United Nations Says Earth is currently on track to warm some 2.7C this century.

This additional heat is enough to make the kind of heatwaves that baked Europe this week more likely to occur and to last longer when they do.

Map of Europe showing the forecast for daily particulate matter concentrations directly attributable to wildfires in France, Spain, Portugal and Morocco, as of July 20.

EFFIS said that Europe could end 2022 with more land burned by area than 2017, currently the worst recorded year for wildfires with nearly 1,000,000 hectares lost.

This week temperatures topped 40C for the first time on record in Britain, where a relatively high 20,000 hectares have burned since January.

A study in February found that the proportion of July and August days of extreme fire risk in Britain would increase from 9 percent currently to 26 percent with 2C of warming.

Mark Parrington, head scientist at the EU’s Copernicus atmospheric monitoring service, said climate change had already contributed to how long wildfires last when they break out.

“What is remarkable is just how long they burn,” he told AFP. “This is not the kind of thing we typically see in Europe.

Hotter temperatures combined with near-unprecedented drought conditions across much of Europe contribute to making forests tinder dry, providing the ideal conditions for wildfires to start and then spread.

“There is a lot of fuel,” said Parrington. “In central and southern Europe there is a clear upward trend for fire risk.”

As well as damaging ecosystems and removing carbon-absorbing vegetation from the land, wildfires themselves contribute to climate change by emitting greenhouse gases such as carbon dioxide.

Copernicus this week said fires in June and July in Spain and Morocco had produced some 1.3 million tonnes of CO2—the highest of any equivalent period since records began in 2003.

The blazes also affect air quality for nearby populations. In southwest France, elevated levels of nitrogen dioxide have been noted for days over the city of Bordeaux, just north of two major burn areas, and even in Paris, some 500 kilometres (310 miles) northeast.