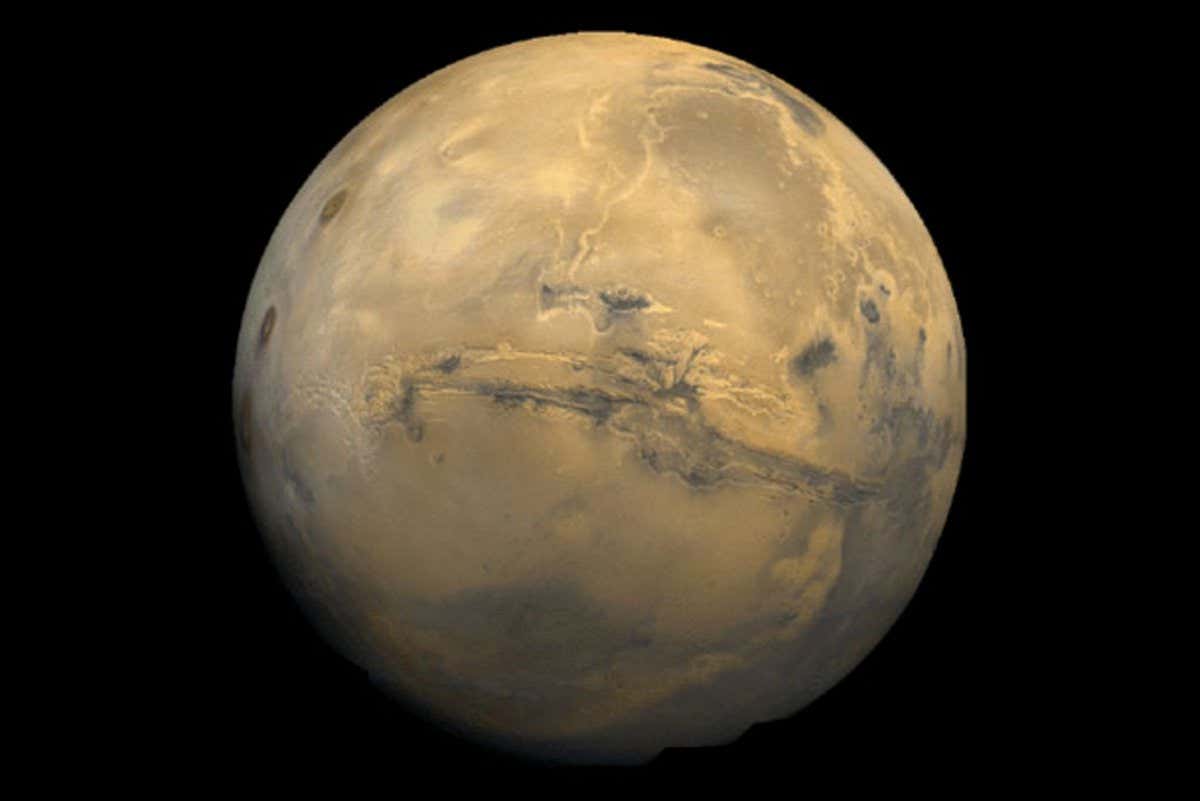 Astronauts could use plasma to make oxygen and fertiliser on

A form of matter called plasma, which contains charged particles, could help break up the Martian atmosphere into more useful components

Sending people to Mars is no easy task

Blasting molecules apart with a soup of charged particles could help astronauts produce oxygen and other key resources from the carbon dioxide-rich Martian atmosphere.

Vasco Guerra at the University of Lisbon, Portugal, and his colleagues have shown that plasma, a gas-like state of matter made from charged particles, can be made to vibrate in such a way that it separates carbon dioxide into its constituent carbon and oxygen. By combining this with a filtering membrane, astronauts could use the process to make oxygen on Mars, says Guerra. “Mars has very good natural conditions for the production of oxygen using plasma technology,” he says.

There is already an oxygen-producing device on Mars: NASA’s Mars Oxygen In-Situ Resource Utilization Experiment (MOXIE), which is mounted on the Perseverance rover. It uses high pressures and temperatures to separate carbon dioxide, and then a membrane made from stabilised zirconium to filter out the oxygen. A similar membrane could be used with plasma, says Guerra, which he says would be more efficient and easier to perform on the Martian surface than MOXIE’s electricity-driven method.

Guerra and his team’s work represents an important maturation of plasma technologies, says Michael Hecht at the Massachusetts Institute of Technology, who oversees the MOXIE project. But it is unlikely to exceed MOXIE’s efficiency levels because MOXIE is already operating at close to the theoretical limits for oxygen production, says Hecht.

However, the plasma can be fine-tuned to vibrate at different molecular frequencies, allowing it to separate other molecules and produce resources that MOXIE can’t, such as nitrogen and nitric oxide. “There’s other processes, such as making nitrogen and NO for fertilisers and things like that, where plasma is much more versatile,” says Hecht.

The technology is still some way off being ready for Mars. Guerra and his team hope to build a prototype in the next couple of years, with a spacebound mission to follow once the technology has been proven to work.