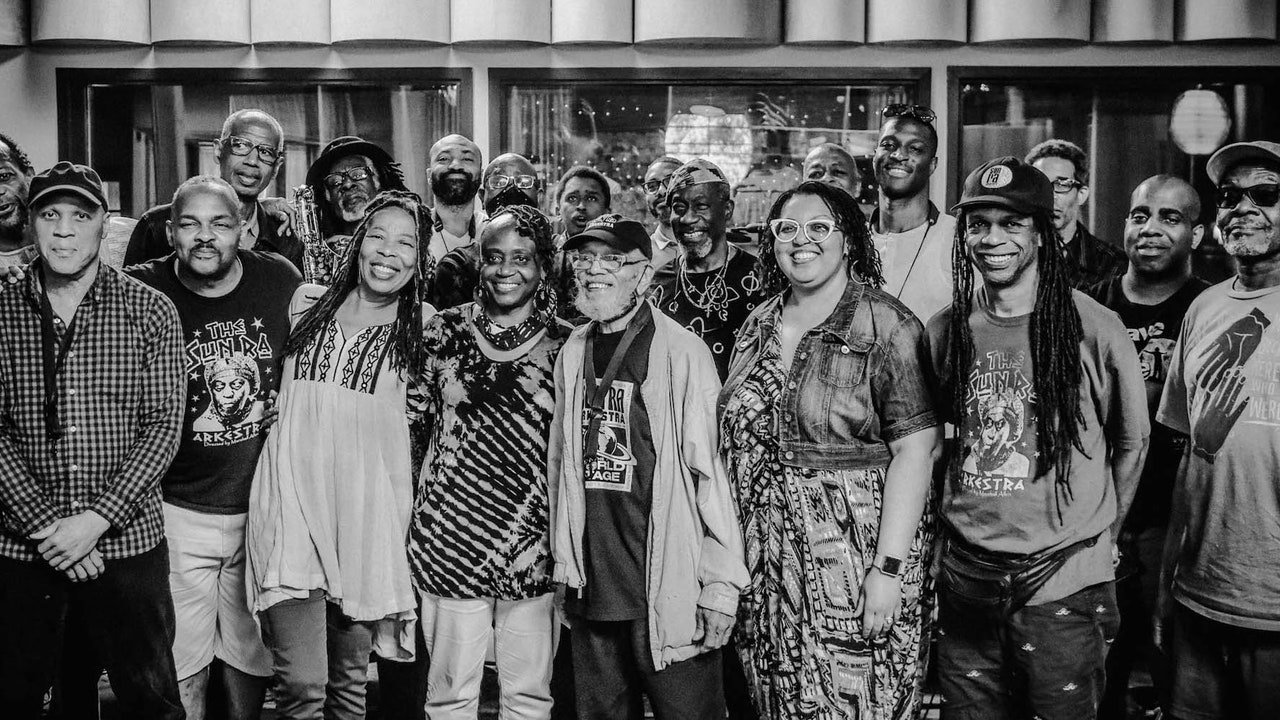 Sun Ra Arkestra have announced a new album called Living Sky. The follow-up to their 2021 Grammy-nominated LP Swirling arrives October 7 via Omni Sound. Today, the ensemble has shared lead single “Somebody Else’s Idea.” Hear it below and scroll down for the album art and tracklist.

“Somebody Else’s Idea” was originally recorded in 1955 and again in 1970 for proper release on 1971’s My Brother The Wind, Vol II. “‘Somebody Else’s Idea’ is an affirmation that the world I live in is a world that I can change,” Sun Ra Arkestra’s baritone sax player Knoel Scott said in press materials.

The new album was recorded on June 15, 2021 at Rittenhouse SoundWorks in Philadelphia and features a total of 19 musicians, including a string section. It was mixed and mastered by Dave Darlington, who has worked with Wayne Shorter, Eddie Palmieri, and Brian Lynch, among others. The LP was commissioned by executive producer Ahmet Ulug, who has worked with the Arkestra since the 1980s.

Earlier this year, the Sun Ra House in Philadelphia was listed as a historic landmark in the Philadelphia Register of Historic Places.