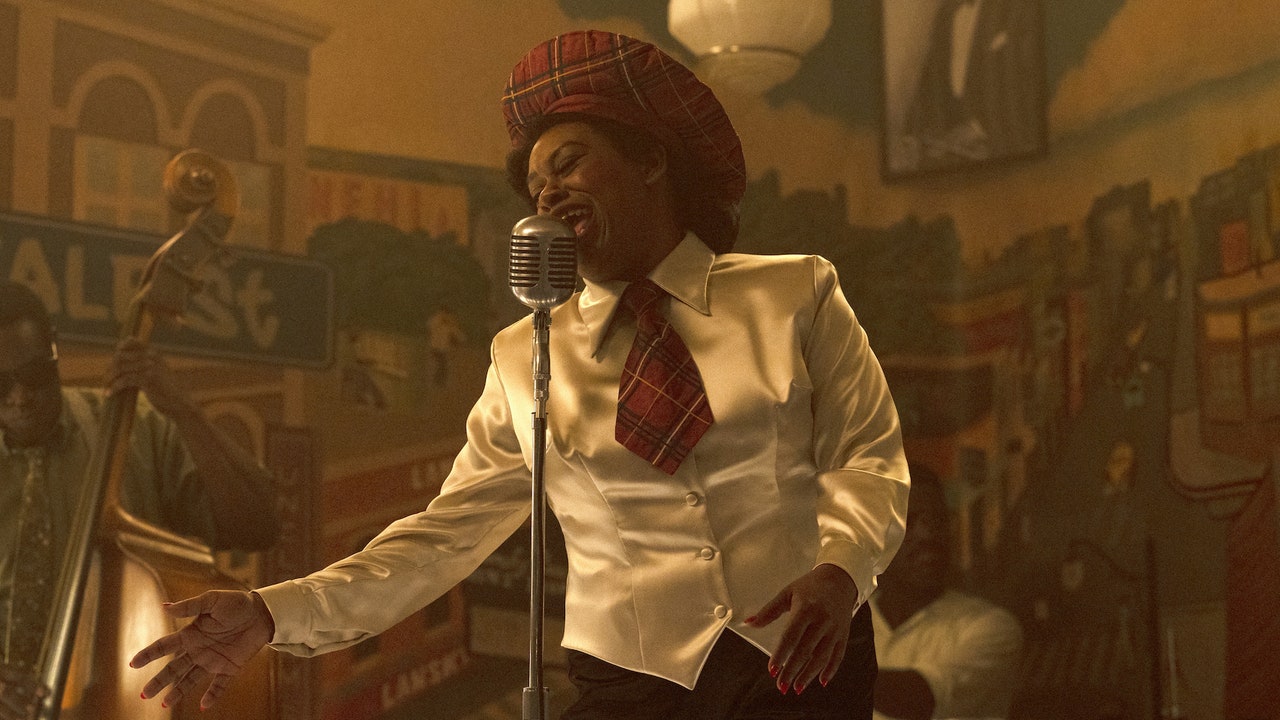 Shonka Dukureh, the singer and actress who recently portrayed blues legend Willie Mae “Big Mama” Thornton in Baz Luhrmann’s new film Elvis, has died. Dukureh was found dead in her Nashville apartment Thursday (July 21), the Metro Nashville Police Department told local outlet The Tennessean. The department then issued a statement via its official Twitter account confirming the news and stating that no foul play was evident in Dukureh’s death. She was 44 years old.

According to The Tennessean, Dukureh was found unresponsive by one of her two children, who went to the neighbor’s apartment for help. The medical examiner is currently working to identify the cause of death, an MNPD spokesperson told The Tennessean.

A longtime Nashville resident, Shonka Dukureh was raised in Charlotte, North Carolina. She relocated to Nashville to attend Fisk University, where she earned a Bachelors degree in Theatre and later a Masters degree in Education from Trevecca Nazarene University. Dukureh originally intended to become a teacher, but the lure of performing was too enticing for her to ignore.

Like Big Mama Thornton, Dukureh was a self-taught vocalist. “I know that she was a self-taught singer, like myself,” Dukureh said in press materials for Elvis. “I never took a formal class, just like her. She taught herself how to sing, she taught herself how to play the drums, harmonica, and she said things like, ‘I don’t know how to read music, but I know how to sing and I know what good music sounds like.’ And I can relate to all of it.”

Dukureh made a star turn as Thornton, particularly performing the singer’s version of Jerry Leiber and Mike Stoller’s “Hound Dog.” The real-life Thornton was the first person to record the single in 1952. The song would later be re-recorded and made world-famous by Elvis Presley. Dukureh’s version of the cut was also featured on the original motion picture soundtrack for the film.

In addition to her recent film breakthrough, Dukureh spent years starring in musicals, touring with Jamie Liddell and the Royal Pharaohs, and working with artists like Nick Cave, Mike Farris, Pete Rock, and Smoke DZA.

According to her website, Dukureh was planning to release her first studio album, The Lady Sings the Blues, this year. Of the LP, she wrote: “The project is a tribute to the blues music genre in celebration of those fierce unsung pioneering artists and musicians who paved the way for the rock’n roll music revolution.”