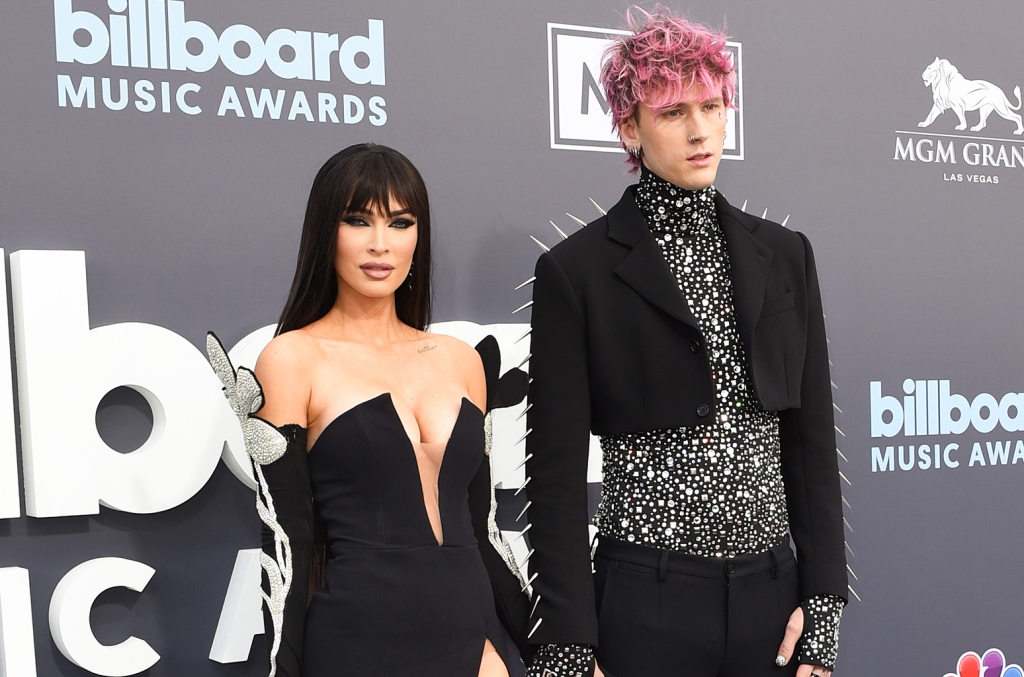 The Transformers actress proved it once again with a post-Billboard Music Awards PDA for her fiancé, in the form of a social post.

“Baby – so proud of you for giving such a vulnerable and emotional performance. You are magic,” she wrote, adding a pair of heart emojis.

MGK was one of the stars of 2022 BBMAs, when he took the stage for a performance of “Twin Flame,” which appears on his latest album Mainstream Sellout, a No. 1 hit on the Billboard 200 albums chart last month.

But it was his reference to Fox as his “wife” ahead of the performance, and his mid-song dedication to his “unborn child” that had fans chattering online for hours after the show wrapped.

It’s unclear whether he was referencing a future child or, possibly, a lost pregnancy for the couple. As he tweeted after the show Sunday (May 15) at Las Vegas’ MGM Grand Garden Arena, “broke my heart to sing the end of that song.”

Fox did nothing to clear any of that up. Though she did share her thoughts on Sin City, and updated us on her weeklong plans for her 36th birthday, which fell Monday.

“Also,” she wrote, “Vegas it’s been nice but you are my version of the innermost ring of hell. Off to the wilderness for my birthday No one talk me for a week.”

MGK (born Colson Baker) kept the rumor mill on speed-cycle when he recently announced he’d dump his pop-punk sound on the followup to Mainstream Sellout.

“I’m going to make a rap album for myself,” the 32-year-old artist remarked a recent interview on Audacy Check In. “For no other reason, no point to prove, no chip on my shoulder. If I keep doing things to prove things to people, I’m going to one, drive myself crazy and two, not make a good product.”