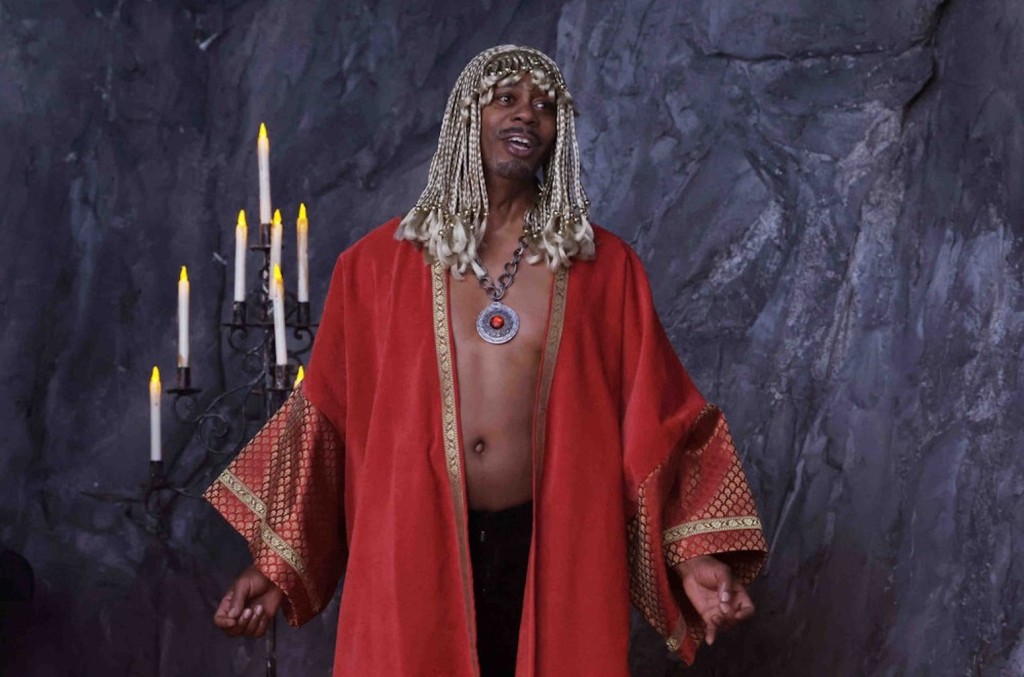 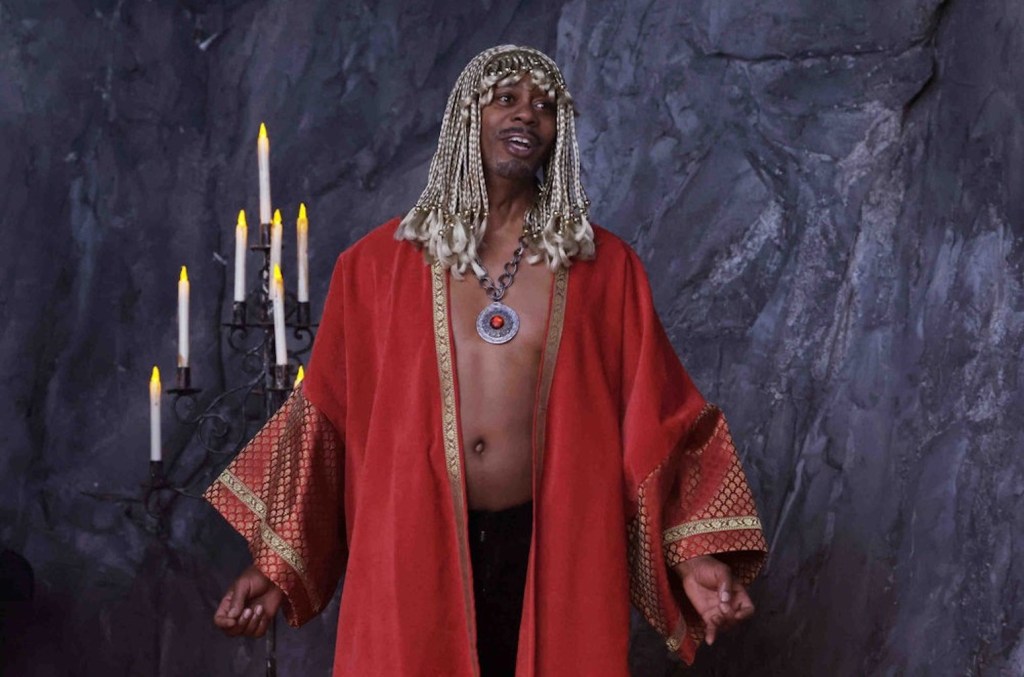 Dave Chappelle brought back some of his most memorable Chappelle’s Show characters for a hilarious House of the Dragon spoof on Saturday Night Live.

The 49-year-old comedian, who served as SNL‘s host on Nov. 12, introduced the sketch by noting that he’s a big fan of the new Game of Thrones spin-off on HBO, and commenting on the fantasy drama’s inclusion of Black characters.

“I love that they’re including Black characters, but to be honest, the Black characters take me out of it a little bit with the blonde hair and the old timey accents — it’s a little jarring,” Chappelle said. “Where are these people from?”

He then gave SNL viewers a comical sneak-peek of season two of House of the Dragon by bringing several Chappelle’s Show regulars into the mix, including Silky Johnson, Tyrone Biggums and Rick James.

The four-and-a-half-minute skit also included a cameo by rapper and actor Ice-T, who played Silky Johnson’s cousin, “light-skinned Larry Targaryen.” In true player hater fashion, Ice-T’s character threw a jab at Silky, saying that his “h–s is so old, they t—–s give powdered milk,” to which Silky harshly commented on Larry’s flamboyant attire. “You look like E.T. when they dressed him up for Halloween.”

Later in the spoof, Chappelle’s popular Rick James made his triumphant return as another dragon-riding Targaryen family member, dressed in an open-chested silky red robe and sporting platinum blonde braids.

“I’m one of the baddest motherf—ers Westeros has ever seen,” James boasts at Dragonstone. “I heard you like to ride lizards; want to ride my, your freakin’ majesty?”

The spoof ends with Chappelle’s James flying off on a gigantic dragon, stomping his dirty shoes all over the saddle. “F— your dragon! F— your dragon,” he yells, referencing his popular catchphrase, as Silky and Tyrone soar alongside him.

Watch SNL’s “House of the Dragon” sketch below, and see the full episode on Hulu here. The streaming service is currently offering a 30-day free trial, which you can sign up for here. The show is also live streamed on Peacock.