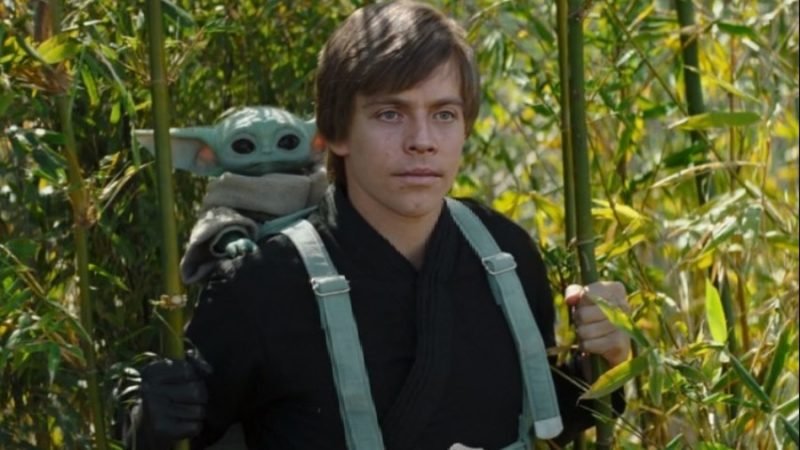 It has been nearly three months since The Book of Boba Fett concluded its 7-episode run, and the Star Wars series’ penultimate episode, titled “Chapter 6: From the Desert Comes a Stranger,” is still one of its most popular fan-favorite episodes due to its inclusion of The Mandalorian stars Din Djarin and Grogu, as well as Ahsoka and Luke Skywalker’s first scene together.

During the series’ Disney Gallery special, new details about the iconic episode emerged, confirming that Star Wars vet Mark Hamill was indeed on-set to reprise his role as the legendary Jedi. He was joined by a body double actor Graham Hamilton, as both of their appearances were digitally de-aged and edited in order to show a version of the Luke from just after the original Star Wars trilogy.

The Book of Boba Fett BTS photos, which you can check out below, offer us our first look into Hamill’s involvement after fans initially thought that Lucasfilm didn’t enlist him for the episode. It also features Hamilton and Hamill, along with Rosario Dawson as Ahsoka.

Mark Hamill and Rosario Dawson on the set of THE BOOK OF BOBA FETT pic.twitter.com/TLqwJWPliX

Mark Hamill as Luke Skywalker for THE BOOK OF BOBA FETT  pic.twitter.com/Blzk4X64qU

Celebrate #MayThe4th Eve by soaking in these shots of Mark Hamill as Luke Skywalker in the set of The Book of Boba Fett. These images appear in the upcoming one hour Disney Gallery episode which premieres tomorrow on Disney+ pic.twitter.com/R9KL2Yb3GI

May the fourth be with you @themandalorian @MarkHamill #starwars #babyyoda pic.twitter.com/ICRBXZW2F3

The Book of Boba Fett feaures the return of Temuera Morrison as he reprises his fan-favorite space bounty hunter role as Boba Fett, who was last seen by Star Wars fans during the post-credits scene of the second season finale of The Mandalorian.

“The series is described as a thrilling Star Wars adventure,” reads the logline. “It finds legendary bounty hunter Boba Fett and mercenary Fennec Shand navigating the Galaxy’s underworld when they return to the sands of Tatooine to stake their claim on the territory once ruled by Jabba the Hutt and his crime syndicate.”