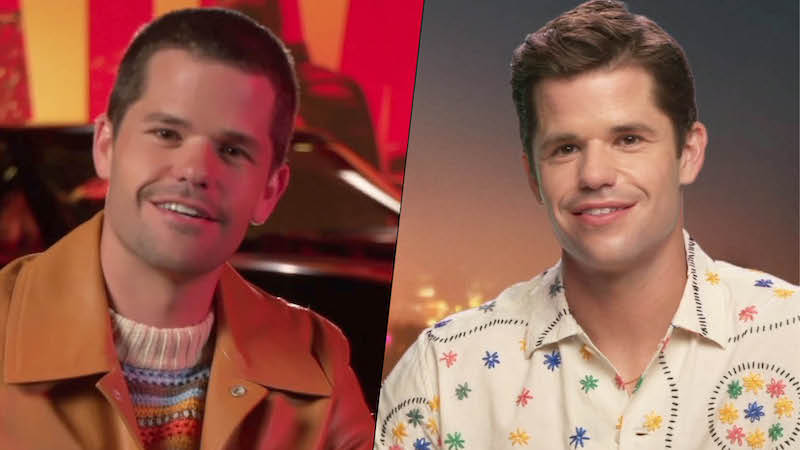 ComingSoon Editor-in-Chief Tyler Treese spoke to Max and Charlie Carver to celebrate the home release of The Batman on 4K Ultra HD, Blu-ray, and DVD. The brothers spoke about acting together on-screen, getting into their characters, and taking a punch from Robert Pattinson.

“Two years of stalking the streets as the Batman (Robert Pattinson), striking fear into the hearts of criminals, has led Bruce Wayne deep into the shadows of Gotham City. With only a few trusted allies—Alfred Pennyworth (Andy Serkis), Lt. James Gordon (Jeffrey Wright)—amongst the city’s corrupt network of officials and high-profile figures, the lone vigilante has established himself as the sole embodiment of vengeance amongst his fellow citizens,” says the synopsis. “When a killer targets Gotham’s elite with a series of sadistic machinations, a trail of cryptic clues sends the World’s Greatest Detective on an investigation into the underworld, where he encounters such characters as Selina Kyle/aka Catwoman (Zoë Kravitz), Oswald Cobblepot/aka the Penguin (Colin Farrell), Carmine Falcone (John Turturro), and Edward Nashton/aka the Riddler (Paul Dano).”

Tyler Treese: Max, I’m sure it’s always special to work with your brother, but what did it mean for you to both be working on a franchise as iconic as Batman? I’m sure that had to be a childhood dream.

Max Carver: Oh, definitely. Definitely a childhood dream. I mean, I remember, you know, Charlie and I grew up with a very limited amount of “TV time” every week, but on the weekends, we would watch these movies and just kind of go “Man, I wonder what it’d be like to be a part of that”. So when we found out we were cast in The Batman, one of the most iconic franchises of all time, it was just like, I still can’t believe it. I was joking with Charlie earlier, “I’m on set right now and the batmobile’s behind me and Batman and Penguin are over there and, what am I doing here?” But I think the other thing too is, anytime you get a new gig and are tasked with this new role, it’s getting ready to show up as a pro. And, I think what’s wonderful about working with my brother is that I get to do that with someone, and we get to do it together and support each other in that process. So whether that was the physical training or the stunt work or whatever, we always got to roll together, which was a blast.

Charlie, your characters are just known as the twins in the film and we don’t get much names or backstory. So I wanted to ask you, did you take any inspiration from any comic characters? There are a lot of twins in Batman.

Charlie Carver: We did both recognize that there are a lot of characters, particularly even in the Batman series that are twins, but what was so nice about The Batman is it feels like an origin story, even though it’s year two for Batman himself and for a lot of these other characters. So what we focused on more, I think, was the backstory about getting into this criminal underworld, you know, what would that feel like? What would we have been exposed to and kind of keeping energies open for wherever the twins might go and however they might evolve.

Max: I think we were also just looking at our relationship with the Penguin, because we’re almost like his little pit bulls. And it was so much fun once we were on set too, developing a kind of a relationship with Colin [Farrell]. Like, it all it starts to just feel, wow, these relationships I’ve imagined, this story that I’ve spent some time on in my head is now unfolding both when the camera’s rolling and when it’s not. So that’s always a trip.

Robert Pattinson really transformed into Batman. What was it like being on the other side of a Batman beating? The fight scenes are so great. There’s so much great choreography.

Max: Yeah. I mean, Rob was so impressive because we would kind of work on these…getting the timing, right, getting the feel right. Because it has to be more than just action. It has to have a story and an impact on the audience. And I know that the vibe was just something really visceral and it’s one thing to be there on set because you might work with the stunt crew and, and shoot the reverse or whatever, and go through it. And it’s exactly as you rehearse. When Rob comes in, he throws down. I remember Rob…I remember at one point, his fist just kissing the tip of my nose and, you know, if the stunt guys were at this speed, like [does fast punching motions] ba-ba-ba, Rob would come in and would be like [does faster/harder punching motions] BA-BA-BA!, and you’d go, “Oh my God, this is real.” But it really gave that visceral quality to those scenes and it was a fricking blast. Then they’d call cut and Rob would just be laughing or giggling, and you’re like, “All right, this is wild.”

Facebook
Twitter
Pinterest
WhatsApp
Previous articleWhy is it so cold in Australia right now? And
Next articleEzra Furman Announces New Album All of Us Flames, Shares